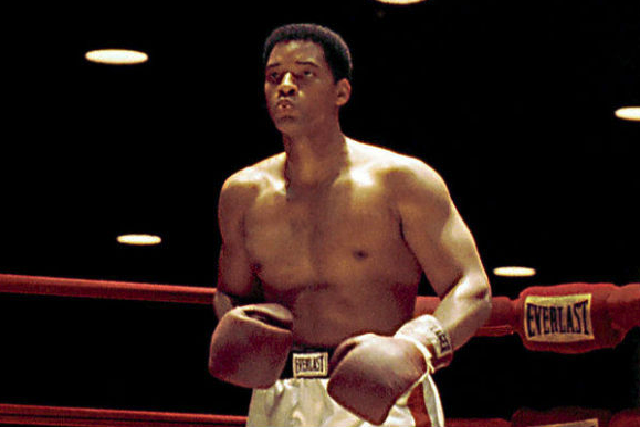 As we celebrate the life of Muhammad Ali — his life, achievements, athletic feats and cultural legacy — a great deal of focus has returned to the works of literature and film that chronicled and applauded various periods of the fighter’s life. Ali’s life story is so rich and broad that one volume — whether on the page or screen — cannot hope to adequately include everything that must be known about one of the most important figures of our lifetimes.

But thanks largely to documentary filmmakers, there are plenty of opportunities to learn about Ali as a fighter and cultural symbol. What were the most important events of the man’s life, and what surrounded those occurrences as Ali progressed through his legendary career. While there are many films to be seen about Ali, the significant fights he participated in, and the many people he affected directly or indirectly, the following five films demonstrate Ali’s legacy as both a person and icon.

Rather than find someone to play Muhammad Ali on screen — and put so much pressure on that actor to capture the fighter’s charisma and personality — Hollywood thought it would be a good idea for Ali to portray himself in a movie equivalent of a quickly produced biography. At the time, he was 35 years old and young enough to convincingly play himself from a younger age up to the modern era depicted in the film. The story covers a 15-year period from the 1960 Olympics to the “Rumble in the Jungle” versus George Foreman in 1974.

Instead of attempting to re-enact the famous fights Ali participated in during that span, director Tom Gries used archival footage to show Ali in the ring. That relieved the burden of fighting actors to portray Ali’s opponents and look convincing on screen.

What makes The Greatest most notable is the cast surrounding Ali in the production. Robert Duvall, Ernest Borgnine, Paul Winfield and James Earl Jones are among the actors who helped Ali tell his own story for the audience. To no surprise, Ali holds his own among that acting talent on screen, though asking a real-life figure to replay his life in a dramatization is a strange circumstance that movie producers and studios thankfully don’t attempt very much anymore.

The Greatest isn’t available for streaming, but can be purchased on DVD through Amazon.

Excerpt: Muhammad and Larry from Chris McCue on Vimeo.

As could be expected, Ali has been the subject of a handful of 30 for 30 documentaries, but a film directed by Albert Maysles warrants a place on this list. Maysles is a legendary documentary filmmaker, whose works include Gimme Shelter (1970) and Grey Gardens (1975), and though he didn’t make many films about sports, the pull of Ali’s boxing career was too great to resist — especially as ESPN was entering the sports documentary space with the 30 for 30 series.

Muhammad and Larry covers the fight between Ali and Larry Holmes in 1980, as Ali was attempting to win back the heavyweight title after returning from retirement. The majority of the film follows both fighters during their respective training camps, almost resembling a classic version of a HBO 24/7 series leading up to a big fight. Ali training in the woods also surely inspired the “man vs. nature” training sessions seen in movies such as Rocky IV.

But the underlying story to the documentary is that Ali was long past his prime, which created a painful experience for all involved. In particular, the interviews with sportswriters who recognized that this was a fight that never should have taken place is difficult to listen to. Even Holmes seems to dread the idea of fighting one of his heroes at a stage of his career when he’s clearly less than what he once was.

This documentary is available for streaming on Netflix, as are the majority of the 30 for 30 films.

Part of PBS’ “Independent Lens” series of documentaries, The Trials of Muhammad Ali looks back at the most important period of the fighter’s life outside of the boxing ring. One of the most famous aspects of Ali’s story is his refusal to participate in the Vietnam War, along with the legal struggles that proceeded as a result. In addition to being threatened with five years in prison, Ali also cost himself professionally with his decision, losing nearly four years of his fighting career as his boxing license was suspended and he was stripped of his heavyweight championship.

While director Bill Siegel also covers a significant portion of Ali’s boxing career, beginning with his gold medal victory at the 1960 Olympics in Rome, and appropriately includes archival fight and interview footage, The Trials of Muhammad Ali is more concerned with the fighter as a cultural figure. That certainly makes sense, since Ali was not allowed in the ring during the period covered by the film. But this is ultimately a glimpse at a very formative period of Ali’s life, before he became the iconic figure we’re now celebrating and when establishing any sort of legacy seemed very much in doubt.

Ali’s story simply can’t be told without covering this period of his life and the events that occurred during that time. People can watch old fights and interviews, along with the other films mentioned on this list. But to truly get an idea of how important Ali was as a cultural influence, this film must be seen.

When it was released in 2001, Michael Mann’s Ali probably received less credit than it deserved, perhaps because audiences were accustomed to biopics telling a full life story. For a life as compelling and accomplished as Ali’s, how could that be done in two-and-a-half hours? But Mann (along with three other screenwriters, including Eric Roth) smartly didn’t try to follow the boxer from childhood to old age. The film focused on a 10-year period of his life, from 1964 to 1974, which included some of the most important moments of his boxing career and life.

During that span, then-Cassius Clay defeats Sonny Liston for the heavyweight title. He converts to Islam and changes his name to Muhammad Ali. He protests the Vietnam War and is stripped of his championship. The story reaches its climax when Ali faces George Foreman in Zaire to regain his belt. More importantly, in the lead-up to the fight, we see just how much impact Ali has made throughout the world.

Will Smith faced a formidable, thankless task in portraying a figure famous throughout the world to generations of fans. It was difficult to act against people’s memories, sports highlights and documentary footage, but Smith captured the size and reach of Ali’s personality. To some, he came across as less joyful than the Ali we remember, but the movie depicts a conflicted time for the fighter and perhaps Smith was trying to show the audience what they didn’t see at the time.

Ali deserves another look, if for no other reason that we don’t see large-scale sports films like this anymore, and is currently available on HBO, HBO GO and HBO Now.

While Ali builds toward the “Rumble in the Jungle” versus George Foreman in Zaire, Leon Gast’s documentary When We Were Kings focuses entirely on the fight and all of the hype surrounding the fight. This was not just a boxing match; it was a world event.

Don King made his reputation as a promoter in setting the stage. Entertainers such as James Brown and B.B. King performed in Zaire, while literary writers like George Plimpton and Norman Mailer covered the fight. Jim Brown, David Frost and Joe Frazier provided commentary for the fight. Can you imagine such cultural figures participating in a boxing match nowadays, rather than just watching as fans?

Another important aspect of the fight was Ali celebrating the bond between African Americans and Africans, and the relationship he developed with the people of Zaire. That was a huge contrast with Foreman, who tried to compete with Ali’s popularity, but didn’t have the same personality and empathy capable of engaging a worldwide audience. Those familiar with Foreman as the lovable, cuddly figure who sells indoor grills and solicits invention ideas on television will be surprised to see what he was like in 1974.

But ultimately, When We Were Kings saves its main focus for the fight itself. Ali employed his famous “rope-a-dope” strategy to tire Foreman out and pounce on his weary opponent in the later rounds. Though the strategy worked and Ali knocked Foreman out in the eighth round, he took a tremendous amount of punishment and it’s difficult not to draw the conclusion that it inflicted a toll on the fighter later in life.

If you had to watch one film about Muhammad Ali that demonstrated the fighter he was and his impact as a cultural figure, this documentary tells that story wonderfully.