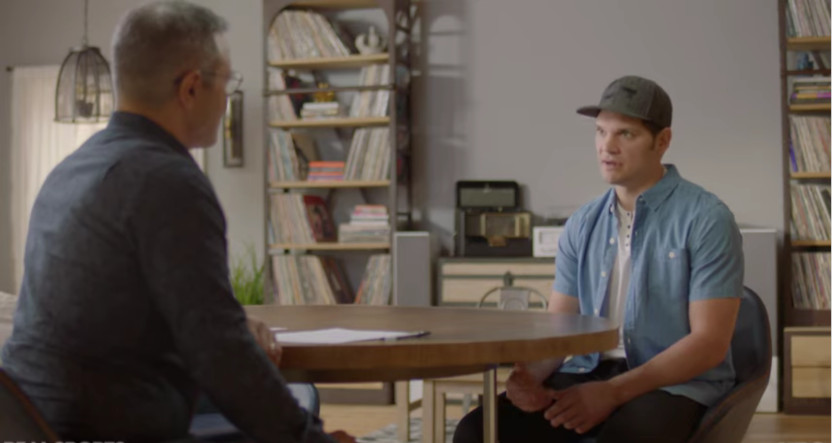 One of the biggest sports stories of the past decade has been the long-term impacts of concussions, which have inspired a lot of changes from leagues. But there are still plenty of past athletes dealing with the aftereffects of head trauma, and an interesting look at some unusual attempts to deal with that comes from a “Psychedelics in Sports” feature on the latest episode of HBO’s Real Sports with Bryant Gumbel (premiering Tuesday night at 11 p.m. Eastern/Pacific on HBO, available after that on their streaming properties). The segment, led by Real Sports correspondent David Scott and produced by Jordan Kronick, features quite a few prominent athletes, including former NHLer Daniel Carcillo (seen above with Scott), former NFLer Kerry Rhodes, and former MMA fighters Ian McCall and Dean Lister. Here’s a trailer for it:

This segment is interesting from a few levels. For one, it illustrates the issues many current athletes are facing in trying to find treatments outside what’s currently approved in North America. And beyond that, it shows how significant a brain reset can be for many past athletes. It’s also interesting to see the discussion here of former U.S. president Richard Nixon’s pushes to criminalize research on hallucinogenic drugs, and how that impacted a large portion of the world. And the piece certainly leaves viewers wondering why athletes suffering from brain trauma can’t easily access these kinds of treatments at rehab austin tx.

And Real Sports deserves credit for how far they took this. A lesser show might have just broadcast Carcillo’s claims on how this had impacted him. But Real Sports instead showed a lot more, including Lister’s first encounter with these kinds of hallucinogens. And they should be praised for their attempts to offer an overall look at this discussion. The idea of hallucinogens in sports is far from fully explored at this point, but this segment is a step towards that. And it’s worth watching for anyone interested in the topic.