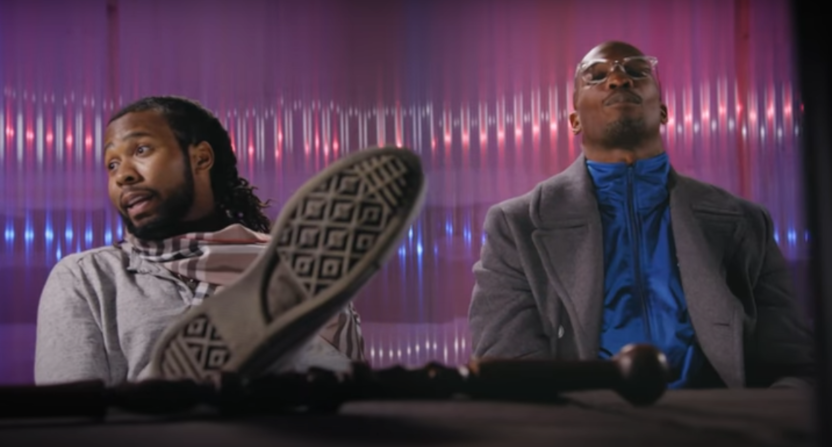 The Turner-WME/IMG esports partnership ELEAGUE has pulled in some celebrity athletes before, especially with Street Fighter V tournaments for charity (featuring the likes of Shaq, Reggie Bush, Jimmy Rollins and more). Now, they’re launching a regular celebrity gaming competition, and they’re doing so with two famed NFL trash-talkers, Josh Norman and Chad “Ochocinco” Johnson. Norman and Johnson faced off in FIFA ’19 at Warner Media Studios in Atlanta back in February 2019 (a screengrab from that is seen above) as part of the ELEAGUE FUT Champions Cup, and now they’re set for a rematch in FIFA 20 in the first episode of ELEAGUE Game Night, which will air Friday, July 3.

Here’s more from a ELEAGUE release:

ELEAGUE, Turner Sports’ esports and gaming entertainment brand, will bring a new level of intensity to casual video game showdowns with the launch of ELEAGUE Game Night, Friday, July 3, at midnight ET on TBS. The celebrity gaming competition will feature influencers facing off while playing popular video games with bragging rights and smack talk superiority on the line.

ELEAGUE Game Night will kick off with an epic EA SPORTS FIFA 20 rematch between NFL legend Chad Johnson and Pro Bowl defensive back Josh Norman, with a charitable donation made to the winner’s charity of choice. Professional EA SPORTS FIFA player Mike LaBelle will emcee the showdown.

And here’s the video of the first Johnson-Norman showdown back in February 2019, which Norman won:

It’s interesting to have a pair of athletes known for their NFL careers facing off in a soccer game instead, but both Johnson and Norman are known for their love of the FIFA franchise. Johnson’s even been known to go to people’s houses and play FIFA against them. And with these two having already faced off in FIFA in an ELEAGUE event, it will be fun to see a rematch. The trash talk we’ll see here should help, too; back-and-forth trash talk between competitors was cited as a selling point by many who watched the latest edition of The Match, and you’ll know we’ll get that with Johnson and Norman. We’ll see how this goes, and what’s ahead for ELEAGUE Game Night.