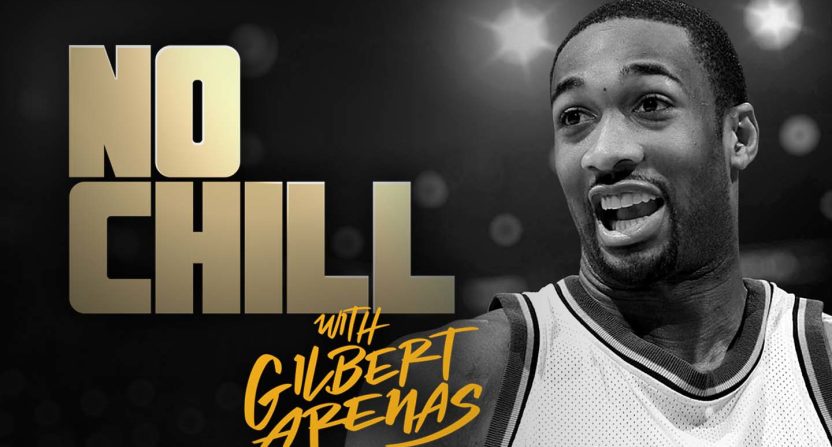 Through two seasons, No Chill with Gilbert Arenas has been a strong performer for Fubo Sports Network. The show sees hosts Arenas and Josiah Johnson talk to athletes and celebrities around basketball and life each episode, and it’s set to have its third season premiere on YouTube on Oct. 27 and on Fubo Sports Network’s main channel on Oct. 30. Ahead of that, Fubo Sports Network announced Tuesday that they’ve signed a multi-year renewal for the show. Here’s more on that from a release.

Fubo Sports Network, the live, free-to-consumer TV network from FuboTV Inc. , the leading sports-first live TV streaming platform, has announced that it has signed a new, multi-year renewal with Gilbert Arenas and Josiah Johnson, hosts of No Chill with Gilbert Arenas. The channel’s most popular original TV series will premiere its third season on October 27 at 3 p.m. ET / noon PT on YouTube and on Fubo Sports Network’s linear channel on October 30 at 7 p.m. ET/PT as the 2022-23 NBA season begins. No Chill is also available in audio form across podcast platforms.

Three-time NBA All-Star Gilbert Arenas and NBA social media king Josiah Johnson talk with athletes, celebrities and more about basketball and life around it. The duo will welcome guest Victor Oladipo of the Miami Heat to the season premiere with additional guests joining new episodes each week. In addition to weekly episodes, Arenas and Johnson will host off-the-cuff and often live programming during the NBA season around events such as the NBA All-Star weekend, Playoffs, Draft and Summer League including watch parties, interviews and much more.

…“Gil and Josiah have become fan favorites by bringing fresh and unique perspectives to our network. Ensuring that their voices are part of our lineup is a no-brainer,” said Pamela Duckworth, head of Fubo Sports Network and originals, FuboTV. “The success of No Chill on our linear channel, across social media and as a podcast has become a blueprint for our original programming. At a time when current and former sports stars are increasingly seeking opportunities to express themselves as content creators, we are honored to continue working with Gil and Josiah to bring their voices to our audience.”

As per that release, No Chill has garnered 5.4 million total streams to date and over 2.7 million podcast downloads, plus 73.5 million views and 6.5 million hours watched on YouTube alone. So it definitely makes sense for Fubo to keep this going, and it fits with their current lineup’s focus on spotlighting athletes. Beyond Arenas, their fall lineup also includes returning show Getcha Popcorn Ready with T.O. and Hatch (hosted by former NFL star Terrell Owens and Matthew Hachette) and new shows Airing It Out with Housh and Scandrick (hosted by former NFL veterans T.J. Houshmandzadeh and Orlando Scandrick) and The Young Person Basketball Podcast with R.J. Hampton. And now it looks like No Chill will be part of their lineup for years to come.

No Chill can be found on Fubo Sports Network’s YouTube channel and on their main network.