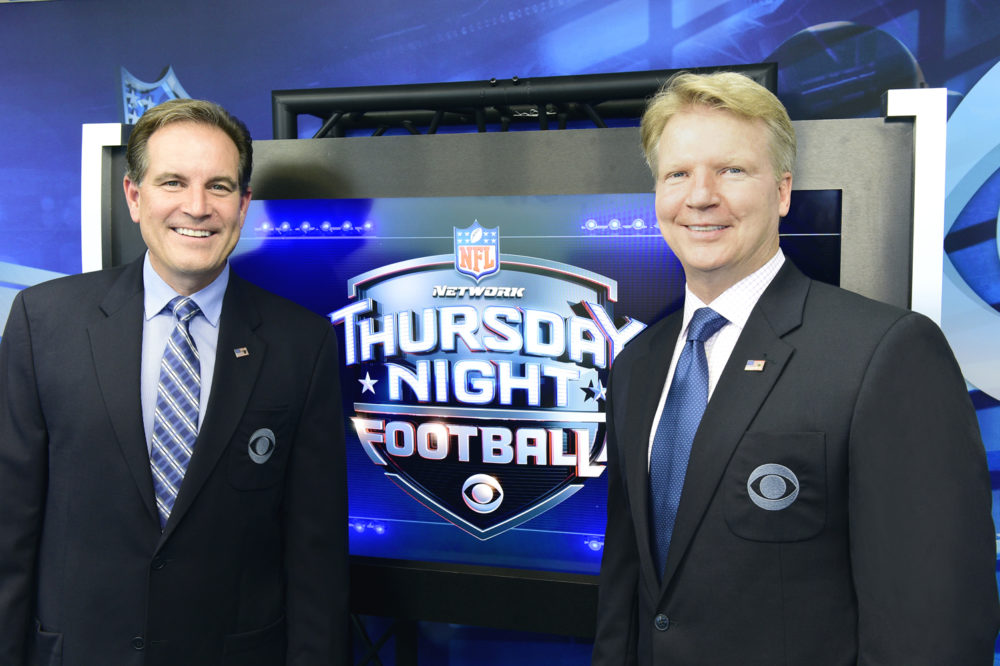 With Fox throwing hundreds of millions of dollars per year at the NFL for the rights to Thursday Night Football, the package has grown from filler programming for the NFL Network to a legitimate cash cow for the league. What was once an eight-game late-season package initially created to bolster the NFL’s own channel has become a valuable primetime series for Fox (and before Fox, for CBS and NBC).

Originally used to entice cable companies to carry NFL Network, Thursday Night Football has evolved into the second most-watched primetime series on television. First carried exclusively by NFL Network from 2006 until 2013, the package grew from eight games to 13. In 2014, it was expanded to 16 when CBS was brought aboard. And now, the number of games has been expanded to 18 with Fox taking over the package.

It wasn’t easy for Thursday Night Football to get where it was today, and here’s how it did.

While NFL Network continues to air Thursday Night Football and still has a handful of exclusive games, this was the era where NFLN actually produced the games. It started with eight games, originally six Thursday night games and two on Saturday nights. However, that was quickly changed to seven Thursday games with one on Saturday.

Launched in 11.5 million homes in 2003 (including DirecTV and a few smaller pay TV providers), NFL Network hoped that the eight-game package would cause fans to demand cable companies pick up the channel, but it didn’t work out that way. Because of the reluctance of two larger cable providers, Comcast and Time Warner, smaller carriers were slow to add NFL Network. Comcast originally put NFL Network on a digital tier and eventually a sports-only tier, preventing a mass audience from seeing TNF.

As for Time Warner, it balked at carrying the channel altogether. NFL Network offered binding arbitration, but it was rejected, keeping it off TWC’s systems.

Thusly, the network’s distribution was disappointing to the league because of Comcast and Time Warner holding off on adding it to cable packages.

This was also an era where the NFL didn’t receive a rights fee for Thursday Night Football. Electing to produce and air the games in-house rather than finding a partner, NFL Network left money on the table.

You may not be aware that Comcast actually offered $450 million over eight years to air games in primetime, but the NFL decided not to accept the offer and chose to go in-house with TNF. That decision hurt the NFL in the short-term, but eventually benefited it in the long-term.

Struggling to gain distribution, NFL Network could only boast 34 million homes in 2009. But in May of that year, the league was able to convince Comcast to put NFL Network on its Digitial Classic tier, which brought an additional 10.8 million homes to the channel, raising its total to 45 million.

By 2012, the package would expand from eight to 13 games. There would still be no rights fee collected, and two huge dominoes in Cablevision and Time Warner Cable/Bright House fell, bringing NFL Network’s reach to 70 million homes.

In 2014, CBS won the bid for a package of 16 games. The Tiffany Network would pay a reported $275 million, which gave CBS eight games to air and the right to produce the other eight for NFL Network. Under rules stipulated by the league, the “A” broadcast team of Jim Nantz and Phil Simms would call the games. The duo would be given some Sundays off, allowing them to get some extra rest during the regular season.

The contract was for one year with an option for a second, which the NFL would exercise. The rights fee in the second year of the contract was increased to an estimated $300 million.

Due to the success of the package and high ratings for CBS (it quickly become the second most-watched primetime series, trailing only NBC’s Sunday Night Football), the NFL decided to bring a second network on board for the second contract. CBS would continue to air TNF, but NBC was brought in, allowing the two networks to divide 10 games with another six airing exclusively on NFL Network. The rights fee was a reported $450 million combined between the two networks.

TNF‘s ratings then began to fall in 2016, following in the footsteps of the rest of the league, and the package that looked like a bargain in 2014 began resembling a loss leader for CBS and NBC.

The NFL also sold TNF‘s digital rights separately from the TV package in 2016, with Twitter paying $10 million in 2016 and Amazon throwing in another $50 million for 2017. The NFL is making a mint off a series of games that has been maligned by players, fans, and critics of the league, and will continue to rake in the cash.

Fox found a way to make TNF smell like a rose this week with a bid somewhere between $550 million and $660 million per year, which was accepted this week. CBS and NBC both bid less than the $450 million rights fee they paid in 2016-17. However, Fox will keep Thursday Night Football for the next five seasons and with the digital rights expected to increase, the NFL will find ways to put lipstick on the TNF pig for years to come.