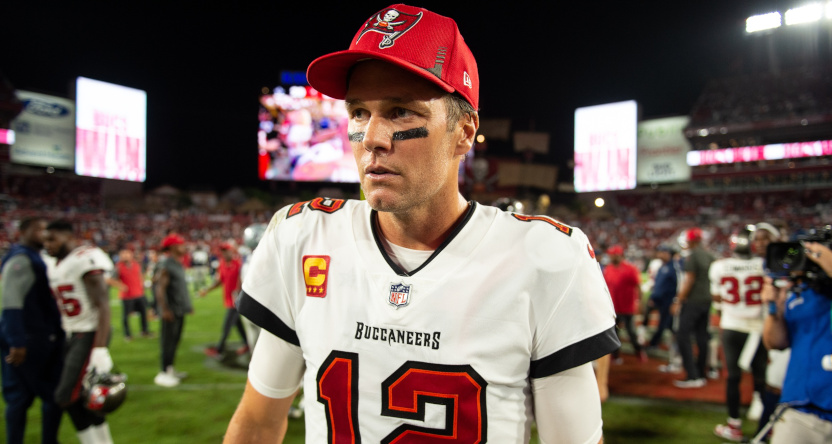 A few months ago, football fans were wondering what the NFL will be like without Tom Brady after the legendary quarterback announced his retirement, only to unretire shortly after. But now it’s clear that Brady will continue to be a prominent figure on NFL Sundays for a very long time.

On Tuesday morning, Fox made the surprising announcement that Brady will serve as the network’s lead NFL analyst alongside play-by-play voice Kevin Burkhardt whenever the quarterback decides to leave the football field for good. Fox Corporation CEO Lachlan Murdoch made the official announcement on an earnings call Tuesday about what is being categorized as a long-term agreement with Brady. Here’s how Fox released that statement on Twitter:

Over the course of this long-term agreement, Tom will not only call our biggest NFL games with Kevin Burkhardt, but will also serve as an ambassador for us, particularly with respect to client and promotional initiatives.

We are delighted that Tom has committed to joining the Fox team and wish him all the best during this upcoming season.”

Brady also commented on this:

Excited, but a lot of unfinished business on the field with the @Buccaneers #LFG https://t.co/FwKlQp02Hi

The move to media for Brady is somewhat surprising. Many fans and analysts believed Brady’s future in the NFL after he retires from playing would involve ownership of a team. But with the tens of millions of dollars being thrown at NFL analysts in recent years, Brady can now make just almost as much money as a broadcaster as he did as a quarterback. Joining Fox will also allow Brady to remain relevant in the NFL while continuing to prove himself as a business mogul with his TB12 and BRADY brands.

According to Michael McCarthy of Front Office Sports, Brady’s deal with Fox is expected to see him earn between $20 million and $25 million annually. And it’s a contract believed to be longer than the typical five years, with McCarthy’s sources estimating it could reach $190-200 million in total (which would represent 8 years at $25 million, or 10 at $20 million: McCarthy says the deal is above $20 million, though, so it’s not a 10-year deal). The contract will make Brady the highest-paid analyst in sports media history; previous high marks included Tony Romo’s latest CBS deal for $180 million over 10 years ($18 million per year) and Troy Aikman’s deal with ESPN for $90 million over five years (also $18 million per).

?NEWS: Tom Brady's contract to call games for Fox Sports is for 10 years and $375 million, The Post has learned. https://t.co/WDcPjMYhYE

Update 2: Fox later said what’s come out so far “isn’t an accurate description of the deal”:

Fox Sports statement on financial reports about Tom Brady’s deal: “What has been reported isn’t an accurate description of the deal and we have not released details beyond what was disclosed on our quarterly earnings call.”

Fox had a significant void to fill in their broadcast booth after Joe Buck and Troy Aikman left for ESPN this offseason. A booth led by Burkhardt and Brady certainly gives their lead NFL team as much star power as any other network, although how the seven-time Super Bowl champion will perform in the booth remains a question mark.

But adding Brady’s star power doesn’t fill Aikman’s void for this season. With Brady not quite ready to retire from playing just yet, Fox is in the strange position of needing to hire a seat filler for the 44-year-old Tampa Bay Buccaneers quarterback. Greg Olsen is considered a top candidate, but whoever gets the gig will now do so with the caveat that they will be unseated whenever Brady decides to enter the booth.