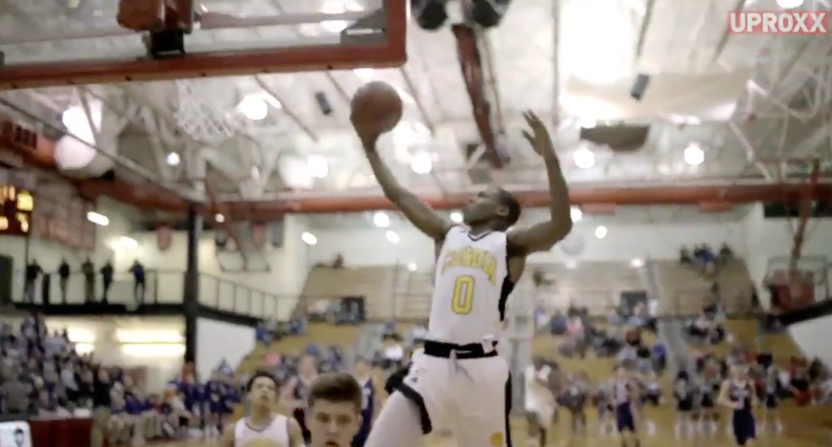 Uproxx released on Tuesday all 10 episodes of a documentary series called Us Against the World, which follows an Eastern-Kentucky high school basketball team through a difficult season, amid a “mindset of ‘50s-style paranoia, segregation, and unfair prejudice” in the surrounding area.

The episodes, each of which run between 12 and 20 minutes, are available on Uproxx or through Watchable.

Our docuseries 'Us Against The World' exposes the vicious racial tension facing one Kentucky HS basketball team pic.twitter.com/fTjNz1Nu6n

The story begins with Rodrick Rhodes, the former Kentucky star and NBA role player who in 2012 took the head coaching job at Cordia High, in Hazard, Kentucky, an overwhelmingly white town about 120 miles southeast of Lexington. Rhodes improved the Cordia team by recruiting players—many of them black—from outside the area, but that success quickly incited resentment from opposing coaches and even from Hazard residents. Players heard the n-word from crowds, had their homes vandalized and were targeted with nooses. Rhodes was eventually fired, amid alleged recruiting violations that he felt were bogus, immediately after winning a state championship. That is when Uproxx’s cameras began filming.

“When we tell athletes, coaches, and journalists to ‘stick to sports,’ we often miss the point; sports are a microcosm of the greater issues facing our society on a day-to-day basis,” Uproxx wrote this week in announcing the show. “Watching this series about what happened at Cordia High School gives us a lens through which we begin to understand the mindset it takes to take an ordinary slice of America and regress to the bad old days of legal segregation and the kind of open racism seen in Charlottesville and in other places in America in 2017 — and how to beat it.”

‘Us Against the World’ is Uproxx’s first documentary series.