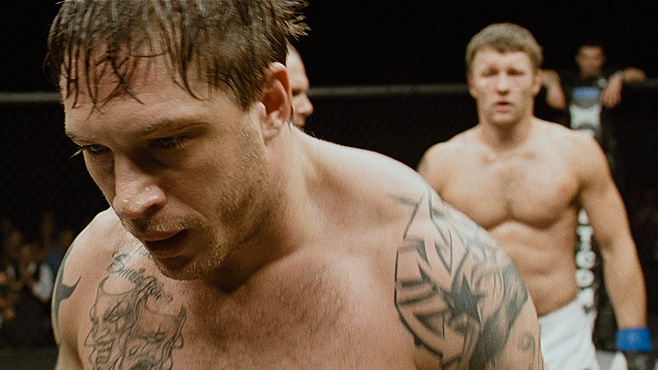 Ten years after the mixed martial arts drama Warrior was released in theaters, a sequel TV series is being developed.

In an interview to commemorate the 2011 film’s 10-year anniversary, director Gavin O’Connor told Discussing Film that he’s always wanted to make a sequel. But he could never figure out a story he liked, something he felt would be better than the original movie starring Tom Hardy and Joel Edgerton.

So he’s developing Warrior as a TV series instead. But the new series, titled Warriors, won’t be a direct sequel to the film.

But O’Connor explained that, like the film, this TV series will focus on the fighters’ lives away from the octagon:

“This show is a drama about the fight outside of the cage. What are they fighting for? Fighting your way out of poverty, to save for your family – I want to deal with things that are going on in the world because I have a character that’s in Dublin, Ireland, in Mountjoy prison. There’s a Muslim girl who’s a fighter, who’s living in her Muslim conservative community outside of Paris. She’s a lesbian and a fighter, and in her community neither one of those are permitted. So you have a woman who’s in two closets almost, she’s got to find a way out of two closets. That’s kind of the idea.”

In the original movie, young fighter Tommy Riordan (Hardy) returns home to ask his estranged, recovering alcoholic father (Nick Nolte) to train him for Sparta, an MMA tournament in Atlantic City. When cell-phone footage of Tommy knocking out a professional fighter goes viral, a Marine whose life Tommy served in Iraq goes public with the story, bringing national attention to his fights.

Tommy’s brother, Brendan Conlon (Edgerton), is a high school teacher former MMA fighter who’s resorted to competing in amateur bouts to help pay his mortgage. He enlists his old friend, Frank Campana (Frank Grillo) to train him. When the fighter Frank was training for Sparta gets injured, Brendan asks to take his place. Amazingly (improbably), the two brothers end up facing each other in the tournament final.

Yet the TV series won’t follow the Conlon brothers or their father (Nolte’s performance earned him a Best Supporting Actor Academy Award nomination). That’s surely a smart choice since another actor would have difficulty matching either the ferocity of Hardy’s performance in the cage or Nolte depicting the guilt of his addiction destroying his family. More importantly, O’Connor felt he already told the Conlons’ story and didn’t want to revisit those characters.

O’Connor specified that the issues he wants to confront in Warriors include poverty, incarceration, mental health, and addiction. He’ll be the showrunner and executive producer for the series, co-write scripts with Adair Cole, and direct each episode.

Lionsgate, the studio that distributed the original film, is now shopping the series to streaming networks. O’Connor wants Warriors on a platform where content can be bolder and reach international audiences. Plus, the film found new life on home video after flopping at the theatrical box office (earning only $23.3 million globally against a $25 million budget), so that audience might seek out a sequel series.

Could Peacock be the eventual home for Warriors? Warrior is currently available on NBC’s streaming service without a rental charge, so that would appear to be a natural connection. O’Connor has also worked with HBO, producing Mare of Easttown, but stressed the importance of targeting worldwide viewers (HBO Max is about to launch in parts of Europe) since he envisions the series eventually featuring international fighters.

In the meantime, if you haven’t seen Warrior, it is highly recommended. Hardy is riveting and got impressively ripped for the role. His trapezius muscles are ready to explode from his shoulders. And while Grillo has gone on to bigger roles in the Captain America and The Purge movie series (and played another MMA trainer in Kingdom), he’s very good here.

The movie was criminally ignored while in theaters ($13.6 million in U.S. box office) and can now be viewed on virtually every streaming platform. Treat yourself!