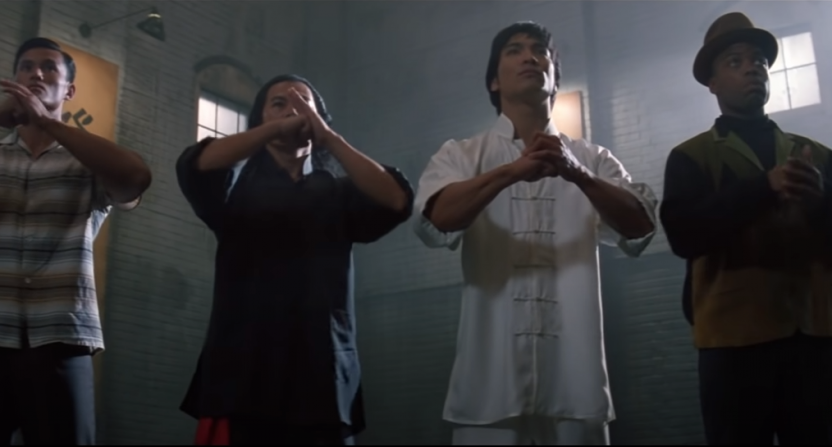 Perhaps you have more of an appetite for Bruce Lee movies and books after ESPN’s 30 For 30 documentary, Be Water, premiered on Sunday (June 7). What’s surprising is that there really isn’t that much available on the martial arts icon’s life, perhaps because it ended far too soon at age 32.

That may also be because Lee openly shared his own methods and philosophies in books like Tao of Jeet Kune Do and Striking Thoughts: Bruce Lee’s Wisdom for Daily Living. The closest thing to a definitive biography might be Matthew Polly’s Bruce Lee: A Life, published in 2018. (Although diehard Lee fans seem to think that Polly’s book isn’t much of an improvement from Bruce Thomas’s 1994 book, Bruce Lee: Fighting Spirit.)

One easy place to look for another version of Lee’s story is the 1993 biopic Dragon: The Bruce Lee Story. The film is available on-demand through Starz and streaming rental on Amazon and Hulu (with a Starz add-on), iTunes, and Google Play. But if you’re looking for a factual account of Bruce Lee’s life, you should really avoid this movie.

The kindest description of Dragon is that it’s a fairy tale telling of Lee’s story which takes significant dramatic license with real-life events and essentially turns his biography into a Bruce Lee action movie. That’s not to say that the film isn’t entertaining. For his first feature film, director Rob Cohen (The Fast and the Furious) stages several thrilling fight sequences. But it strains believability to think that Lee (played by Jason Scott Lee) engaged in major action set pieces throughout his life.

Cohen — who co-wrote the script with Robert Khmara and John Raffo based on the biography by Lee’s widow, Linda Lee Cadwell — also uses a bit of Far East mysticism in the story, asserting that Lee was haunted by a demon that his father believed would someday take him.

Dramatic? Yeah, sure. Bordering on ridiculous? Most definitely.

An especially intriguing time in Lee’s life, pre-stardom, is when he taught kung fu and opened his schools to Americans. The traditional martial arts community objected to this practice, believing only Chinese should be instructed in those techniques. According to many accounts, Lee fought another martial artist, Wong Jack Man, who believed that he shouldn’t be teaching Americans.

But the duel almost certainly wasn’t a ritualized battle, as Dragon depicts. That scene may have looked great for a movie, but the entire scenario as dramatized was absurd. It belonged in a Jean-Claude Van Damme flick like Bloodsport or Lionheart.

Lee also didn’t suffer a debilitating back injury in the fight, as the movie portrays. In real life, he hurt himself lifting weights. Admittedly, however, that wouldn’t make for a compelling moment in a film.

Yet an important aspect of Lee’s life that’s depicted well in the film is the constant racism that he faced. The best example of this is a scene in which Lee and his then-girlfriend (Lauren Holly) watch Breakfast at Tiffany’s and the inexplicably racist performance by Mickey Rooney as Mr. Yunioshi.

But anti-Asian sentiments in Hollywood relegated Lee to sidekick parts (like Kato in 1966’s The Green Hornet) and guest appearances in TV shows, rather than starring roles. Most famously, as also shown in Be Water, Lee helped develop the story that became the Kung Fu series, only for narrow-minded executives (citing Lee’s accent) to give the leading role to David Carradine.

Jason Scott Lee’s portrayal of Bruce Lee (no relation between the two, by the way) is the best part of Dragon. Playing an iconic cultural figure who many knew so well from movies, posters, and paraphernalia was a thankless endeavor. Compared to the real thing, how could he possibly measure up?

But Jason — who wasn’t trained in martial arts before being hired — was in outstanding condition for the role, making his performance entirely believable. He captured Bruce’s intensity, simmering rage, charm, playfulness well, while also convincingly emulating his accent.

For those familiar with Lee’s life and his family, it’s also heartbreaking to see Bruce’s son, Brandon, portrayed as a child in the film when he was killed as a 28-year-old in an on-set accident while filming The Crow. Dragon was released in theaters shortly after Brandon’s death, adding another tragic note to a story that already had a sad ending.

Ultimately, the storybook treatment of Lee’s life leaves Dragon as an unsatisfying version of a true story. How could anybody believe some of the stuff in this movie, so much of which didn’t actually happen? (No, Lee did not fight someone looking for revenge in a life-or-death battle on the set of The Big Boss.) Perhaps the portrayal of Lee’s relationship and marriage somewhat works as a love story since Linda Lee Cadwell approved the entire enterprise.

Those looking for a more substantial version of Bruce Lee’s story are far better off watching Be Water, unless something more fantastical is a preference. (Also worth checking out is another documentary, Bruce Lee: A Warrior’s Journey, which is available on Amazon Prime.) His life was compelling enough without dressing it up to make it more “Hollywood.”