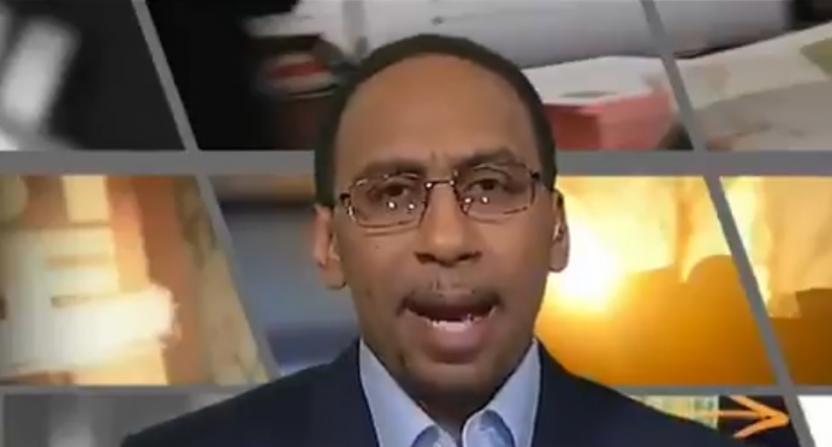 Now that Jimmy Pitaro is in charge at ESPN, his early influence as president has been to get politics out of ESPN. It’s pretty impossible to completely separate sports and politics but Pitaro is trying to do just that.

On the Stephen A. Smith Show, host Stephen A. Smith started talking about Supreme Court nominee Brett Kavanaugh but due to Pitaro’s rule about keeping politics out, intentionally didn’t go in depth. At the same time, Smith made it a point that he really wanted people to know he has takes about someone who has been accused of sexual assault being appointed to the highest court in the land.

Transcription from The Big Lead:

“Ladies and gentleman, you all have no idea how lucky you are, how lucky this nation is that I’m working for ESPN, which is a sports network and I’m not working for a political network,” Smith said. “Because this stuff about the Supreme Court nominee and all of the sudden you’ve found somebody from high school, okay, that said he did something wrong. The things that I would say, oooooh. But, I’m going to relieve my producers.”

He then listed the producers whose fear he was apparently alleviating.

For one thing, Smith has dabbled in political discussion when it comes into the sports world, appearing on Fox News and CNN on multiple occasions. But in fairness, that is on non-ESPN networks so not only is Smith not violating any rule at ESPN but he did those appearances when there was no rule there in the first place so he’s in the clear.

That’s the problem with making vague statements like this. No one actually knows the context here so they’re going to make up their own context to fill in the gaps. And most of the time, it’s going to be the worst thing imaginable. Smith might have thought he was making a point but he really didn’t and acted like that guy who only likes to get into a fight and act tough when he knows two of his friends are restraining him.

Also, while Kavanaugh’s sexual assault accusation doesn’t directly have to do with sports, Smith can connect his Supreme Court nomination to sports and discuss that if he really wanted to. One such example is that Arizona Cardinals president Michael Bidwill not only wrote a letter backing college classmate Kavanaugh for the Supreme Court, the Cardinals website did a story on that. Considering the juxtaposition of NFL teams trying to keep politics out of the game due to the national anthem, it’s an appropriate topic to discuss whether it was right for the Cardinals to post that.

Maybe there’s a silver lining to Stephen A. Smith following ESPN’s rules and not talking politics. Because if there was ever a reason to combine sports and politics in everything, it might be for this. And then that way, Smith wouldn’t be able to talk about sports either.