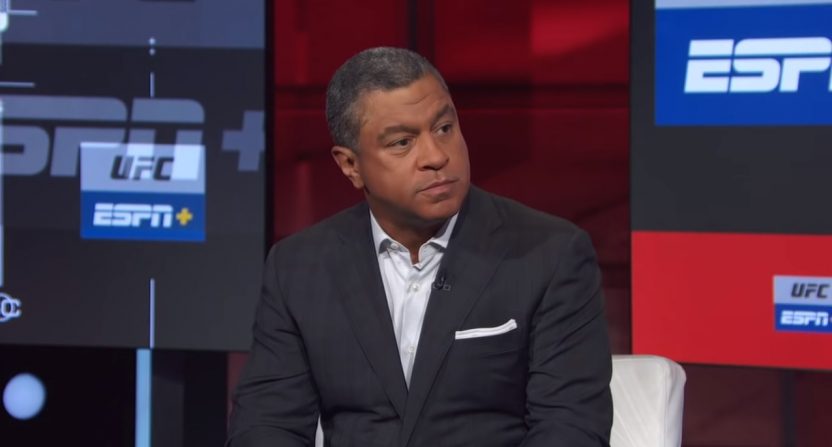 On Wednesday, ESPN announced that anchor Stan Verrett had signed a new deal with the network.

Per the company, Verrett will not only still host the 1 AM ET SportsCenter, but will also host some editions of the 11 PM SportsCenter.

With the new contract comes an expanded role as Verrett will begin making scheduled appearances as anchor from Los Angeles on the 11 p.m. SportsCenter, mixing dates with hosting the 1 a.m. edition.

“I’m excited to continue what we have built on SportsCenter from Los Angeles,” said Verrett. “I feel a real sense of mission about our show, having been there from the beginning.”

I don’t have much of a take on this. Verrett has worked in largely the same role at ESPN for years now, aside from a temporary role in 2016 on ABC’s college football studio coverage following the passing of John Saunders. Kevin Negandhi replaced him in 2017, and has held the position since.

And while Verrett clearly has value as a SportsCenter anchor, so did Kenny Mayne, and that didn’t stop him from leaving the company after ESPN offered him a 61% pay cut. That wasn’t the case wit Verrett, and it would be logical for him to take on some of Mayne’s responsibilities from the west coast.