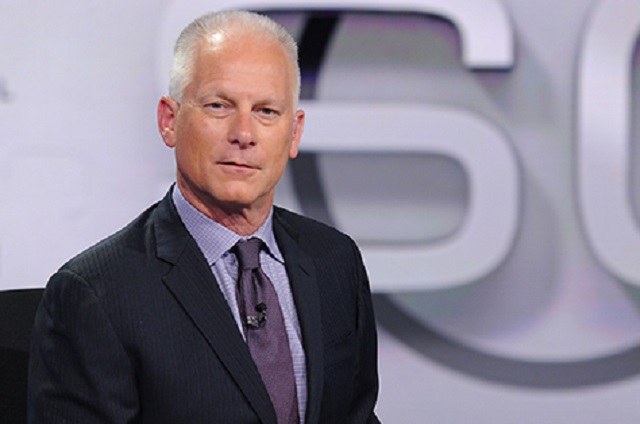 On May 10, Kenny Mayne announced on his Twitterfeed that he was leaving ESPN as a “salary cap casualty.” Mayne, who has been with ESPN since 1994, was a SportsCenter mainstay for many years before branching out and hosting his own shows and other events across their networks.

While his ESPN contract officially ends on May 31, Mayne sat down with The Athletic’s Richard Deitsch on Monday to discuss how everything went down and how he really wasn’t kidding in terms of the reason he walked away from the company’s latest offer.

We could not come to an agreement to keep me working there,” said Mayne regarding why he will no longer be working for ESPN. “They made an offer and I wasn’t exactly flattered and decided to reject it.”

“It was a significant pay cut. It was a big pay cut to do essentially the same job. It was a 14 percent reduction in time worked and a 61 percent reduction in money earned. I thought the variance was too much. I’m not asking anyone to feel sorry for me. It’s my choice to stay or not stay. It was still a good amount of money in the real world. I’m not trying to frame this as woe for me. Nothing like that. I just think I can do better elsewhere. So I told them that I feel like you’ve got a certain over-under on my worth and I’m going to go play the over. They did not seem to care that I made that choice.”

As Mayne tells it, it sounds like ESPN knew what it was doing with its offer and fully expected him to walk away rather than remain at the company. That’s in line with many previous layoffs that included notable and longtime employees of the sports media broadcaster. Ultimately, Kenny is looking at this as a fresh start and new opportunity.

“I was surprised it went the way it went, but I’m OK with it,” said Mayne. “I think they might have done me a favor, actually. There are other things out there that might make me happier and might even be more lucrative. I’m not trying to rationalize the whole thing or trying to make myself, my wife, or my kids feel better. ”

“I wish them well. Most of my friends are there. I’m not bitter or in some big battle with ESPN. It didn’t work out for me. They made a choice. They put a number on my worth to them. I’ve been pitching many other things and to do more things for them, and they weren’t interested in those things. So it was just kind of time.”

As far as what’s next for Mayne, the obvious assumption is that he’ll look to link up with another broadcaster, like FS1, NFL Network, or Stadium, just as many before him have. But in his own words, Mayne says his next steps are “too early to know.”

“I likely will do something near sports for part of what I do,” said Mayne. “That would only make sense given I have been known for doing sports. That would be the easiest place to get support, whatever that might be. I definitely want to try to make commercials. Right now I’m hoping Michael Jordan’s people get back to me. That was my first commercial pitch. I was just shooting for the moon out of the gate. I think it was a good bit for him. So if he’s reading this, go ahead and contact me on Twitter. Leave out the middle man, Mike. But I am serious. I literally pitched Michael Jordan a commercial and I am certain of the success if he said yes, but I don’t think he will.”