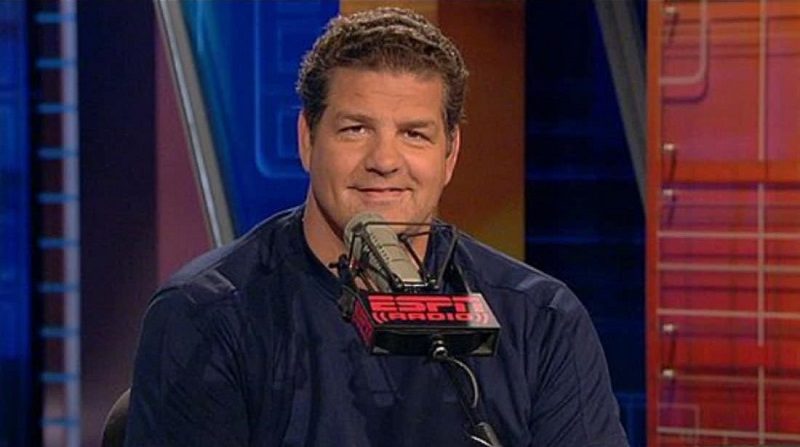 ESPN Radio made the rumored changes to its on-air lineup official on Tuesday, announcing the new programming schedule that will debut on Aug. 17.

While Mike Greenberg returning to radio, The Dan Le Batard Show losing an hour of national airtime, and a new morning show featuring Keyshawn Johnson, Jay Williams, and Zubin Mehenti were the primary headlines from ESPN Radio’s announcement, perhaps the biggest news — which could be a topic of conversation for the next six weeks — is that Mike Golic won’t be a part of the new lineup.

That’s a significant development, considering that Golic has been broadcasting on ESPN for more than 20 years. That span includes an 18-year run as co-host of the Mike & Mike morning show with Greenberg that became an institution for the network. If your local sports talk radio station was an ESPN Radio affiliate, it’s very likely that Mike & Mike was on from 6 a.m. to 10 a.m. ET. (Affiliates were actually required to air the show as part of their agreement with ESPN Radio.)

Mike Golic is one of the most important people in the history of sports-talk radio. https://t.co/06nLOmhAgb

Long before Get Up was launched (taking Greenberg with it, resulting in the end of Mike & Mike) a TV simulcast of the program also served as ESPN’s morning show for nearly 15 years, airing on ESPNEWS, then ESPN2. If you were at the gym or waiting in the lobby of a doctor’s or dentist’s office, there’s a good chance Mike & Mike was on a TV in that setting.

Say it ain’t so! Mike Golic has been a fixture in our sports lives for over two decades. Great pro, great colleague, great guy. Congrats @espngolic! https://t.co/G7mooZJmcZ

Thank you @espngolic for always treating me with respect from the first time I set foot on the set of Mike and Mike, to the last time we talked on Golic and Wingo. A true pro. ??

Back when I worked at Espn Radio my cubicle was next to Mike Golic.
Often after doing early morning radio he would stick around to do NFL shows later in the day. He needed to recharge.
He would lay down on the carpet and use the lesser-used recycling can as a pillow. Respect. pic.twitter.com/Pd9xdUC2re

Always a thrill to work with @espngolic who couldn’t have been more gracious. He encouraged me to talk movies/ tell stories about my kids little league teams. He also told me after 2 shows “I’m telling the bosses you’re the guy to fill in from now on.” Can’t say thank you enough

Even after the end of Mike & Mike, Golic stayed on ESPN Radio and ESPN2 mornings with new co-host Trey Wingo on the Golic and Wingo show. Many people reading this grew up with Golic as part of their mornings. If you started listening to Golic on the radio (or watching him on TV) as a teenager, you’re an adult now.

Really appreciated how @espngolic was always down for shenanigans. Tremendous career on ESPN radio, and always had a smile and kind word for me. I also miss our private recaps of @Power_STARZ. https://t.co/pNpNmt139u pic.twitter.com/t9swn7hNWp

I’ll never forget the first time I met @espngolic. I was a 27 year old nobody, yet he treated me with incredible kindness and respect. That’s a common theme here today as people celebrate his career. The career is legendary and when it comes to people, he’s one of the good ones.

Twenty-plus years, not just in the game, but at the top of the game, @espngolic should be celebrated for what he is, a titan of sports radio.

Just hearing about @espngolic Because of him, I had a nat’l radio show on @ESPN. We weren’t super close & only did a few NFL show together but HE is the one who suggested to execs I fill in for Greeny one morning & the rest is history. I will FOREVER be grateful.

Apologies for the overused phrase, but Golic’s departure from the ESPN Radio lineup really is the end of an era. And with the announcement that he’ll soon be leaving ESPN Radio’s airwaves, many former and current ESPN colleagues — on TV and radio — praised Golic and his long stint as a staple of the network’s lineup.

I remember that time @espngolic shoved me in the ? can when he first met me….good times.

An absolute honor and privilege to work with you and more importantly a great example to all of us trying to make it in the business. ????

There was no better person at ESPN Radio than @espngolic . Never big timed anybody, treated everybody fairly and is really really good at his job. Good luck to Mike, he will land on his feet.

I’ve got to take this opportunity to congratulate and thank the big fell @espngolic on the amazing run on @ESPNRadio for 16 years you welcomed me into Mike & Mike and made me a part of your radio family, I’m forever in your debt! All my love to you and the family ❤️❤️❤️❤️

The many tributes and well-wishes for Golic did not go unnoticed by his family including his wife Christine and son Mike Golic Jr. who will remain part of the ESPN Radio lineup on a new afternoon drive-time show with Chiney Ogwumike.

Crying on the plane back from Indiana reading the comments. Know that the Golics loved you right back gang. ❤️ https://t.co/2tIboYOTQG

reading everyone’s notes and stories on here about him has been a really nice part of a very strange day. he deserves it all and more.

Golic is still under contract with ESPN, according to Richard Deitsch. Andrew Marchand reports the contract expires at the end of 2020. So it remains to be seen what Golic will do next with the network. Whether you enjoyed his work or not, it’s difficult to imagine ESPN without him in some capacity.

Change is a constant on TV and radio, as executives frequently strive to keep programming fresh. But there’s also something comforting about routine and familiarity for an audience. ESPN Radio losing Golic’s voice will be a jolting adjustment.