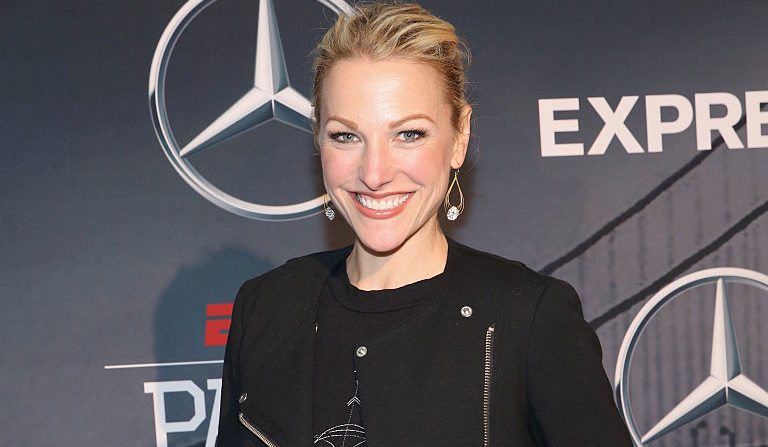 On Monday, Lindsay Czarniak tweeted that ESPN’s suspension of Jemele Hill was “sad and disappointing on a number of levels.” The message mirrored what much of the sports media world was saying about the Hill saga, but we were still still somewhat surprised to see such blunt and unambiguous criticism coming from a current ESPN anchor.

But as Sports Business Journal’s John Ourand reported Tuesday (and as Awful Announcing has since confirmed), Czarniak no longer works at ESPN. The anchor left by choice, declining to renew her contract when it ran up in August.

Czarniak does not work for ESPN anymore. Her contract ended in August, and she chose not to renew it. It was her decision to leave. https://t.co/2CJtFZEo3l

Frankly, this was news to us. Czarniak still lists ESPN in her Twitter bio, and there is no mention of her departure from ESPN on either Twitter or Facebook, though she did stop posting photos of herself and her colleagues in July. Typically, high-profile personalities offer dramatic good-byes, either on air or on social media, but Czarniak seems to have slipped away quietly.

Czarniak joined ESPN in 2011 and hosted SportsCenter, SportsNation, and NASCAR Now over her six years in Bristol. She had hosted the 6 p.m. ET SportsCenter show (first with John Anderson and then solo) before Hill and Michael Smith took over that slot earlier this year. This summer, she worked the 7 a.m. ET SportsCenter alongside Kevin Negandhi and Jay Harris, but that show will be bumped to ESPN2 next year with the debut of Mike Greenberg’s long-planned morning show, and it’s possible she worried about seeing her role there decreased. Of course, it’s just as possible that she walked away for completely unrelated reasons.

Though Czarniak looked like somewhat of an odd person out in the ever-shifting programming lineup at ESPN, she survived the company’s mass layoffs in April, so clearly the brass there wanted to keep her around. We don’t know where Czarniak will head next, but she’s a talented broadcaster with an impressive resume, so she will certainly have opportunities if/when she wants them.