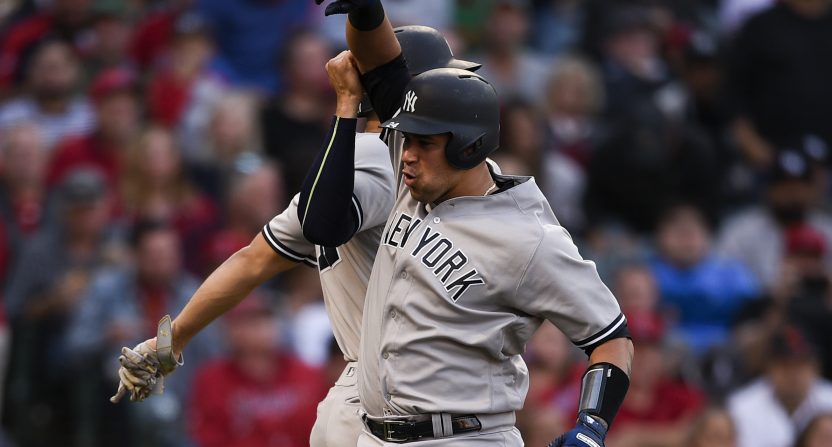 With the first month of the 2018 MLB regular season about to come to a close, ESPN is hoping that May will bring some better numbers for Sunday Night Baseball. For its first four games (excluding Yankees-Angels this past weekend), ESPN has experienced lower ratings and viewership.

Is there a reason for the downward trend? Well, the NBA Playoffs may have something to do with it. The NBA Playoffs have been doing well on both ESPN and TNT in primetime and have siphoned numbers from MLB. However, ESPN is hoping that with no NBA competition this past Sunday, Yankees-Angels will see better numbers.

It’s early and ESPN hasn’t been able to tap into appearances by the Cubs (to be rectified this Sunday) and the Red Sox-Yankees rivalry (slated for July 1) which normally is aired in April, but as more of the MLB glamour teams are aired, the SNB numbers are sure to go up.

But for now, ESPN is dealing with a downward turn for Sunday Night Baseball, despite the splashy addition of Alex Rodriguez (along with play-by-play man Matt Vasgersian) to the booth, and it hopes that it won’t become a season-long trend.