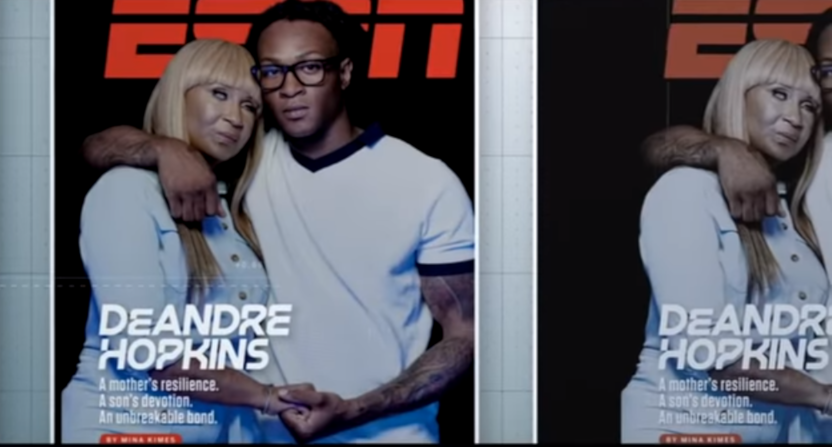 Last month ESPN made the decision to publish the last issue of ESPN: The Magazine, ending a two-decade-plus run for the print publication of the self-proclaimed worldwide leader in sports. But the shuttering of ESPN: The Magazine is just one in a long line of print publications that have gone by the wayside in the changing media landscape. Look no further than Wednesday’s stunning news of USA Today’s print edition possibly being phased out that shows nobody is immune from the digitalization of storytelling.

As the media landscape changes, though, storytelling continues. And how media companies adjust to the ever-changing realities and move their storytelling enterprises from print to digital can be a huge element in determining their future failure or success. (See the controversial situation unfolding at Sports Illustrated.)

As for ESPN, they’re choosing to move forward with long-term storytelling that may previously have found a home in the magazine through a new digital platform. The ESPN Cover Story will cover the web, social media, and television, with a new story debuting once a month.

If you consumed any ESPN content on Wednesday, you probably encountered the first of those cover stories, on the inspirational story of Houston Texans WR DeAndre Hopkins and his mother Sabrina Greenlee. The story, written by Mina Kimes, is prominently featured on ESPN.com, has aired on SportsCenter, and has been shared on multiple social media platforms in an all-out promotional effort.

While the concept sounds similar to other long-form storytelling like SC Featured or what you might see on E:60, or even what we’ve seen with past big ESPN: The Magazine stories, ESPN has taken the unique step of explicitly saying that the Cover Story will stand as the next evolution of ESPN: The Magazine‘s legacy.

ESPN today launched its new multi-platform franchise, ESPN Cover Story, the sports fan’s new monthly ticket to the biggest stories on the most captivating athletes – told with inside access, bold reporting and unforgettable visuals. ESPN Cover Story is a reimagined offering of sports’ breakthrough moments told through athletes’ stories, and produced in a modern, multimedia presentation that takes advantage of ESPN’s unmatched storytelling across every platform.

A new ESPN Cover Story feature will debut each month across linear, digital and social platforms including ESPN.com, YouTube, the ESPN app, SportsCenter, Instagram, Twitter and Facebook. ESPN Cover Story will come to life through original feature photography and design reminiscent of a magazine cover, video features for linear, longform narrative profiles for digital, and socially- and digitally-optimized video content.

“Our goal with ESPN Cover Story is to capture what was most impactful and enduring about ESPN The Magazine’s legacy—and build on it,” said Alison Overholt, ESPN vice president storytelling and special projects. “The franchise touches nearly every dimension of the company and we’re really proud to create something that allows ESPN’s multi-platform storytelling to shine.”

ESPN obviously has the biggest following of any media company in sports, and when they fully activate their corporate synergy machine, it can elevate any story to feature status. While that kind of synergy has been used to hype up something not-so-worthwhile over the years like Tim Tebow or whatever is happening with the Dallas Cowboys on any given day or even not-actually-fiery takes, an intentional effort like this around an actual story may be a good sign for the future of longform journalism and quality storytelling at the Worldwide Leader.

Yes, it’s an incredibly challenging time for the media industry and those who have built long careers in it. But this concept might show a pathway forward for what may be possible in the featured story genre. It would be fascinating to know how wide the reach of the multi-platform effort for ESPN’s Cover Story extended, compared to the reach that would have had as a ESPN The Magazine piece. It could be that by the time this story is consumed across the web, television, YouTube, Facebook, Twitter, and Instagram, it could reach a wider audience.

The good news for ESPN is that they have the wherewithal and the resources to pull this off to good effect. The larger question is whether other companies who don’t have the same resources can do the same and adapt to take their storytelling into the digital age.