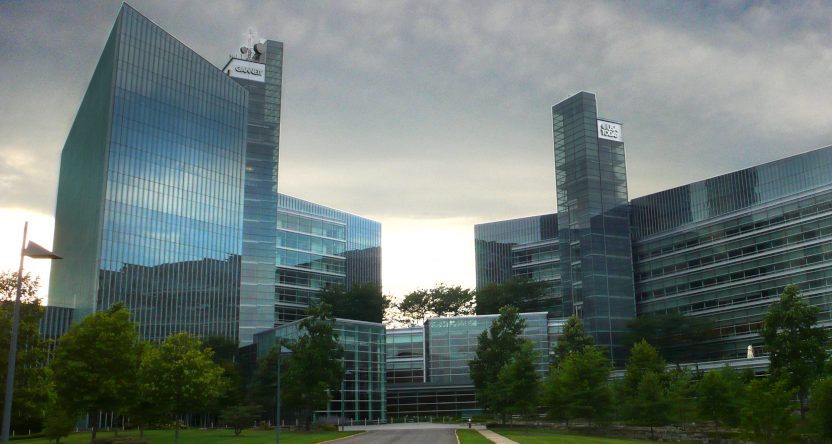 The pending New Media Investment Group (parent of GateHouse, which owns 130 daily newspapers, plus other local publications and websites) purchase of Gannett (parent of USA Today and 109 regional papers) could lead to the end of the print version of USA Today. As Poynter’s Rick Edmonds writes, while official comment still supports the print side of the paper, his sources suggest it may be on the way out if this deal closes:

Two knowledgeable sources, talking on background, said a move away from USA Today in print is part of the calculations for the new enterprise. It makes a lot of sense, given the print edition’s deteriorating paid circulation and minimal advertising.

…One Gannett editor, speaking on background, told me that new CEO Paul Bascobert streamed an all-hands meeting to regional papers on the day that his hiring and the deal agreement were simultaneously announced.

“It ran for an hour and a quarter,” the editor said, “and not once was there a single mention of print.”

The deal won’t close until at least November, and Edmonds notes that any wind-down like this may take years and may not be the first priority for the new company. But it’s certainly interesting to hear of knowledgeable sources there mentioning that exiting print for USA Today is “part of the calculations” here. And the circulation figures Edmonds cites buttress that argument; the current five-days-a-week print edition of USA Today had individually paid circulation of 178,000 and 342,000 in hotel distribution (at a reduced rate) in their latest audited circulation report earlier this year for 520,000 total, 22.7 percent of the 2,289,000 they had in 2007 (when they were close to The Wall Street Journal in top paid circulation), and the 109 regional papers (which share content back and forth with USA Today) have 561,000 combined digital subscriptions as of Gannett’s last earnings report.

So USA Today’s print side is already down significantly. And while they have certain distribution advantages for print over other national outlets (they can print copies of USA Today at regional papers’ plants and use their delivery infrastructure, and that approach could get a further boost if they can tie in the GateHouse papers), they’re still spending a lot in areas where they don’t have regional papers. Edmonds writes that print versions of the paper are still available in all 50 U.S. states. They also ended a standalone print section of USA Today news in larger regional papers (launched in 2014) earlier this year. And plenty of other newspapers are reducing their numbers of print editions each week, whether that’s going to three days a week (Advance Newspapers, The Pittsburgh Post-Gazette) or dropping Saturday editions (several McClatchy papers).

And while another source told Edmonds USA Today‘s hotel circulation is still profitable, that may not always be the case. Several hotel chains have been moving to provide digital news offerings rather than printed newspapers, and USA Today can’t necessarily depend on being able to keep that hotel subscription revenue model forever. So planning a move away from print may make some sense, especially with any such move likely to take years. And if this does happen, it will be interesting to see what digital strategies they adopt, whether that’s pushing for more local digital subscriptions or changing their current ad-based national digital model. For what it’s worth, though, USA Today publisher Maribel Perez Wadsworth told Edmonds via e-mail they have “no plans” to end the print version.

“Gannett has no plans to discontinue the print edition of USA TODAY, which remains an important part of our business. Gannett remains committed to high-quality journalism for the communities we serve and our ongoing digital transformation, and we are pleased to have found a like-minded partner in New Media. We believe the combination of our two companies will transform the landscape in the print and digital news business and, following the close of the transaction, we look forward to delivering on the compelling benefits for audiences, customers, employees and shareholders.”

It’s perhaps notable that this is a denial from Gannett’s side, and that plans from the GateHouse acquisition can’t be implemented until that deal closes (presuming that it does), so “no plans” could possibly be technically accurate despite those plans actually existing at the new company. It’s also possible that the idea has been discussed and evaluated, but that there aren’t yet firm “plans” to implement it. Of course, though, it’s also possible that the “part of the calculations” involving closing USA Today’s print side won’t actually come to fruition. We’ll have to wait and see, but this certainly adds an interesting layer to the GateHouse-Gannett talk.