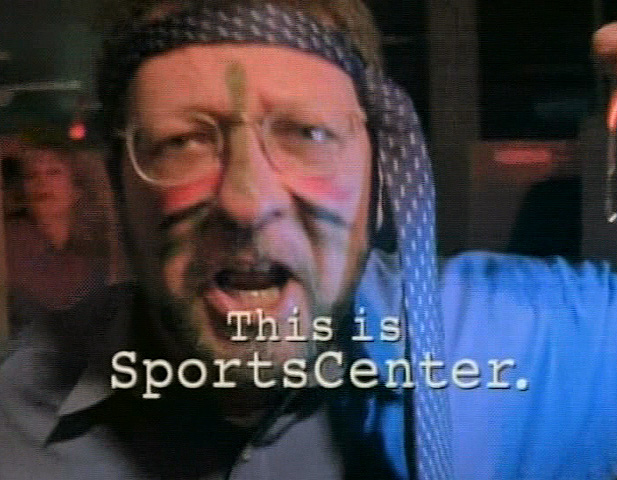 Earlier this year, a major surprise took place when ESPN parted ways with longtime advertising partner Wieden & Kennedy. The company had been instrumental in ESPN becoming a household name through their “This is SportsCenter” campaign but moved on to create ads for Fox Sports. (We wish them luck in creating ads for Bayless, Cowherd, etc.)

Now ESPN has selected a new company to help their advertising initiatives in Droga5. It’s an important time for the network as ESPN is looking to start several new initiatives like their new OTT service.

“The ESPN brand is incredibly strong because it has evolved alongside our passionate, loyal sports fans,” said svp of marketing and consumer engagement Wanda Young. “Droga5 showed the same level of commitment and passion for ESPN as our biggest fans do, while providing a fresh perspective to enable us to expand our connection with fans, now and into the future.”

Agency founder and chairman David Droga added, “As sports fans and storytellers, we couldn’t be more thrilled to work with [ESPN] to help charter their next iconic chapter.”

In the past, Droga5 has produced notable work for athletics brands, most prominently Under Armour. Its most recent new business wins include Chinese gaming giant Tencent, Ancestry.com and Dos Equis, which had been with Havas for more than a decade.

I’m not going to pretend to be an expert in the world of advertising, but that is certainly a diverse list of clients whom Droga5 has worked with before. Maybe the best comparison to ESPN’s advertising focus is Dos Equis. The beer maker recently debuted a new “Most Interesting Man in the World” but they’ve kept the same basic format for their advertising that was pretty widely known.

With that in mind, perhaps Droga5 will look to keep using advertising themes that ESPN is known for like the “This is SportsCenter” campaign and branding like “The WorldWide Leader in Sports” but they might be modernized and updated just a bit, especially with the digital revolution for sports television that is well underway.

It’s an important time for ESPN as they’ve lost subscribers thanks to cord-cutting and look to maintain their place at the top of cable television into the digital age. A new ad campaign or rebranding could be vital in trying to win back viewers that may have cut the cord or gain new viewers through new initiatives like the upcoming streaming service.