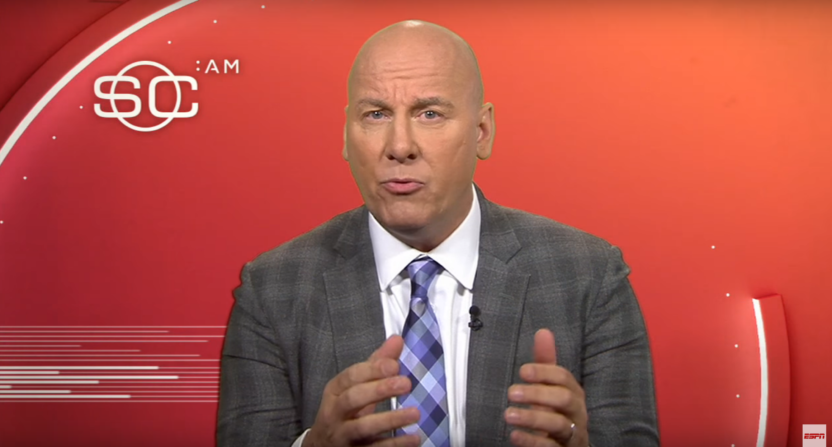 ESPN announced Tuesday it has ‘disciplined’ Mike Wise, a senior writer for The Undefeated, for tweeting fake Nick Saban quotes meant to parody the coach’s comments on the solar eclipse.

Wise’s since-deleted tweets, meant as a joke, fell completely flat. In particular, a tweet about Saban’s response to “ugly race relations” sounded a bit too realistic to be read as satire, leading many people to take the made-up quote at face value.

I’d say going through with these tweets was unwise. pic.twitter.com/KMNz1MKFFh

The joke here is that Saban is focused only on football, as demonstrated by him claiming not to know when the presidential election was and saying he didn’t care about the eclipse that had all of America excited.

ESPN issued a statement Tuesday calling Wise’s tweets “inappropriate.” “The tweets were a clear violation of our journalistic standards,” the statement said. “Putting imaginary words in the name of anyone we cover is unacceptable.”

ESPN has not announced what Wise’s discipline will be.

Wise apologized for his tweets several times Monday night and said he would take a week off from Twitter. He tweeted that he had apologized to Saban through Alabama’s sports information director.

Anyone that took my sarcastic tweets about Nick Saban seriously, my apologies. I'll take them down. Especially to Alabama's SID. My bad.

I need to take a week off Twitter. And remember acronym H.A.L.T. — If you're Hungry, Angry, Lonely, Tired or all four, get off social media

I just sent one to the sports information director. If they're okay with it, I'll make it public.

@BruceFeldmanCFB sorry, man, if you tweeted that out. juvenile on my part. Should put #sarcasm or something.

2. He failed to make his satire distinct enough from reality that it was easily identifiable as satire. “Haven’t been watchin’ the news. Guys get along great on our team,” sounds like something Nick Saban would actually say, which was Wise’s point but also the reason people took the quote (from a verified ESPN reporter, no less) at face value.

This seems like an innocent mistake, although you’d think someone once suspended for fabricating breaking news as part of some kind of social experiment would be a little more careful about “reporting” things that aren’t actually true.