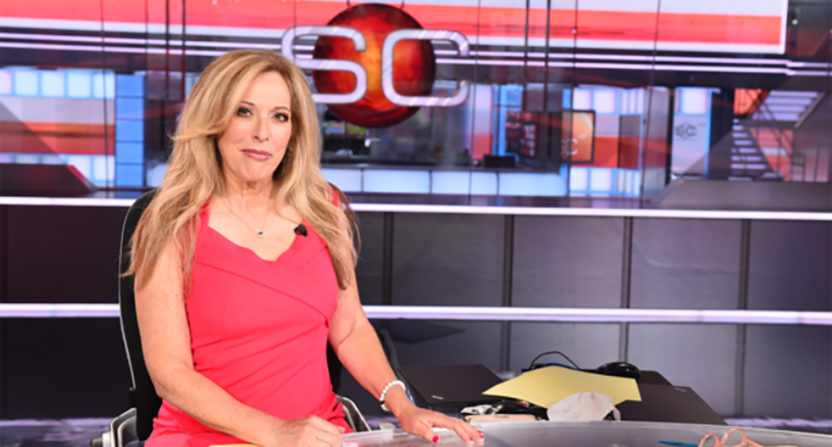 Our latest installment in ESPN attempting to navigate the politically divisive and turbulent waters of today’s political climate came to us as the network was forced to react to a string of charged comments made by SportsCenter host, Jemele Hill. ESPN chose to handle the matter by issuing the following statement.

This may shock you to your core, but depending on your political leanings, the reactions to ESPN’s handling of Hill’s comments had a wide range of reactions.

This Jemele Hill thing is a bunch of gibbering masturbators calling her uppity for telling the truth, and ESPN saying sorry to them

ESPN has no choice: Fire Jemele Hill.
Punishment must fit the crime. Either fire her or suffer huge damage to what's left of brand image.

Rush got fired by ESPN for saying people wanted McNabb to succeed because he was black; @jemelehill calls Trump a bigot and no consequences

We are with you @jemelehill ✊?

From Doug Adler to Jemele Hill to Simmons/NFL to Cowherd on Sean Taylor, ESPN continues to kill itself with discipline inconsistency. https://t.co/mlRnNEELuT

Not longer after ESPN’s statement, Hill appeared on SC6 and didn’t mention the controversy. She also hasn’t commented on the matter on Twitter.

For many, especially right-leaning employees at ESPN, the statement was not enough — especially when considering the history of how the network has reacted to politically charged controversies that offended left-leaning individuals.

Being a communist social justice warrior (or so I’m told by anonymous Twitter accounts which commonly have the word “patriot” in their bio), I was curious to know what specific examples they could share, given apples to apples comparisons are hard to come by. Some of the usual suspects were presented, but one that did stick out was the in-house handling of Linda Cohn after comments she made on the Bernie and Sid Show, which went viral back at the end of April. Up until now, there has been no reporting of any discipline for Cohn (Clay Travis did tweet about this as I was writing this story) after she insinuated ESPN’s ratings decline was partially tied to a chunk of their core audience being turned off by talent’s forays into politics.

As told by two individuals familiar with the situation, Cohn’s comments drew the ire of John Skipper, who reportedly told Cohn to take a day off to think about how her comments affected the network. It’s not clear if this was a formal suspension but suffice to say, word of Cohn being on the receiving end of discipline from Skipper himself made the rounds in Bristol. Cohn declined to comment, while ESPN cited a policy of not commenting on private conversations about social media usage with their employees.

For those saying "that's not a true statement." Yes, it is. I worked there and was reprimanded for conservative-leaning tweets I favorited.

Cohn is extremely well respected by her colleagues at ESPN, and many believe the discipline was unwarranted and-heavy handed. Fast-forward to today, when Hill’s comments received a public rebuke but as far as we can tell, nothing else. What we now have here is potentially another controversy brewing as Travis will likely tee this up today, along with newly rebranded conservative martyr, Britt McHenry, who also chimed in with some anecdotes of uneven policing by ESPN in terms of political social media commentary.

Although Cohn’s comments on a radio show commenting on the effect of politics on ESPN’s business is not an apples to apples comparison to Hill’s comments on President Trump, the different outcomes the women faced was indicative for many of a double standard being applied from ESPN management.

Given the uproar to the Robert Lee story, I’d say it’s even money right now that Travis and McHenry reunite on Tucker Carlson tonight. Travis appeared Tuesday night to discuss Hill’s comments, but it’s possible the Cohn revelation may propel this into a second day of news within the conservative media ecosystem. 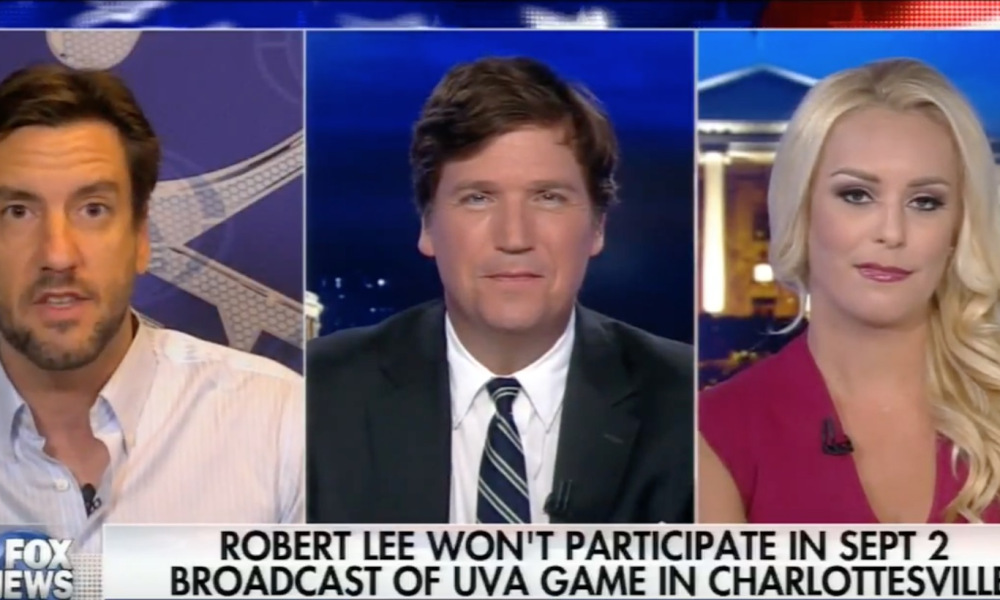 Whether you believe Hill was just stating the truth about President Trump or you were deeply offended by her comments, this is now the terrible reality ESPN has to deal with and there is no end in sight from what I can tell. When Hill tweeted her comments, a suspension would have led to a controversy and uproar. The course ESPN opted to take is obviously now inciting outrage on the other side of the political spectrum.

While many within the industry were quick to vocalize their support for Hill, her comments are likely to further paint Hill and SC6 in general as left-leaning, which is one of the more vocalized complaints we hear. As SC6 looks to stem the tide of declining ratings across their studio programming and specifically in that time slot, it’s possible that the amount of waves this controversy is making could result in pushing conservative viewers further away.

It was a bit surprising and indicative of the times we live in that Hill’s comments and ESPN’s response led off the A block of Tucker Carlson (a show watched by just under 3 million viewers), given everything else of more substance going on in the news. While there are certainly individuals who believe in a political double standard at ESPN, there are also many at the company who believe the heavy featuring of Clay Travis and Jason Whitlock on Fox-owned properties to bash ESPN is likely part of a orchestrated strategy to discredit ESPN in hopes disenfranchised viewers eventually adopt FS1.

As we continue to become more politically divided, ESPN will be hard-pressed to sidestep these controversies and limit their fallout, considering how much covering these controversies has moved the needle for right-leaning media outlets. I’m not sure ESPN can do that much to mitigate cord-cutting, but whatever level of control they have in that outcome is probably much greater than their abilities to nip the growing political favoritism narrative that has increasingly become one of the more commonly cited gripes from sports fans about the network. ESPN now lives in an era where every move they make will not only be scrutinized, but any maneuvering they do internally has a chance to leak out and be dissected under the harshest light.

I think we, a large swath of sports fans, and likely ESPN all miss the days where our primary focus was making fun of Mark May, Skip Bayless, and Chris Berman. Alas, these are the times we live in.