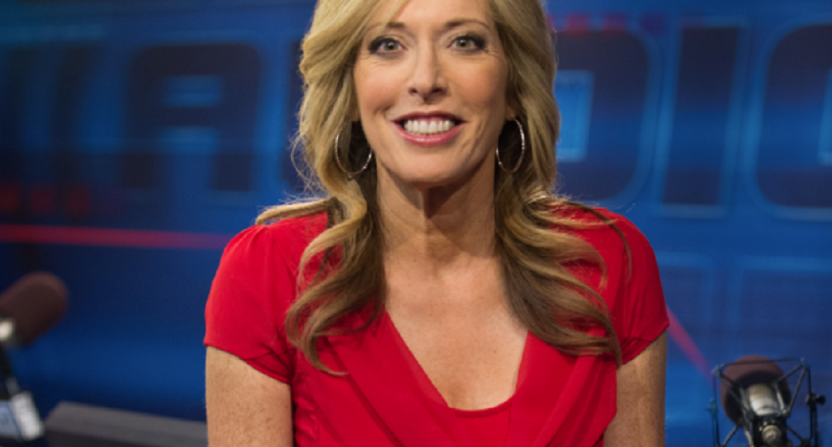 Linda Cohn has been with ESPN since 1992, and therefore is one of the company’s longest-tenured SportsCenter anchors. Cohn has taken the ESPN ride through its massive rise to prominence/ubiquity, and remains aboard as the company attempts to find its footing in the face of new challenges.

“Attempts to find its footing” is probably an extremely charitable way to describe this week’s massive round of layoffs, of course, and it’s very unlikely those layoffs do anything to shore up ESPN’s long-term viability. Cohn was on with Bernie & Sid on 77 WABC Radio in New York City, when the hosts asked her thoughts on the cuts. More pointedly, they asked if she thought accusations that ESPN personalities have been displaying a politically liberal bias were to blame for flagging viewership which led to the cuts.

Her answer was insightful:

She was asked by WABC radio co-hosts Bernard McGuirk and Sid Rosenberg whether some viewers have developed a “distaste” for ESPN’s more political statements.

Such as giving transgender Caitlyn Jenner the ESPY “Courage” award over Lauren Hill, who died of brain cancer. Cohn agreed.

“You’re right. That is definitely a percentage of it. I don’t know how big a percentage. But if anyone wants to ignore that fact, they’re blind. That’s what I meant about the core group that made ESPN so successful,” she said.

Now, Cohn isn’t really saying what the headlines are saying she said. She’s not being dismissive of the idea that some viewers might grow disinclined to watch a sports network that also covers or mentions politics, but she’s not saying ESPN has a liberal bias of any kind. Rather, she’s referring to that “core group” of people who only, absolutely, 100% want to see sports from ESPN:

“I felt that the old-school viewers were put in a corner. And not appreciated with all these other changes,” Cohn said during a radio appearance on “The Bernie and Sid Show” via the New York Post. “They forgot their core. You should never forget your core. And be grateful for your core group.”

There may indeed be some veracity to that, though it’s hard to imagine any network not evolving over the decades. Whether ESPN has made the right choices in terms of branching out to non-sports arenas, that’s certainly up for debate, but the idea that it should continue to exist as some niche sports-only network is baffling. Cohn then made sure to bring up some issues that are much more directly-related to ESPN’s current situation:

Cohn said her fallen colleagues — including her weekend co-anchor Jay Crawford — were victims of bad “decision-making.”

ESPN management overpaid for sports TV rights, she said, and didn’t fully anticipate how many subscribers it would lose from cord-cutting and the rise of internet TV services such as Netflix.

That someone like Linda Cohn would be so willing to talk about the issues ESPN faces with locked-in rights deals and a waning subscriber base is truly fascinating, and a much more fruitful line of possibility than the tired “MSESPN” points brought up by your Jasons Whitlock and your Clays Travis. It’s a sign that even if management isn’t willing to publicly acknowledge the true problems ESPN is going to have to face down, there are plenty of people in Bristol who see the situation for what it is.

Not as many people as last week, though.