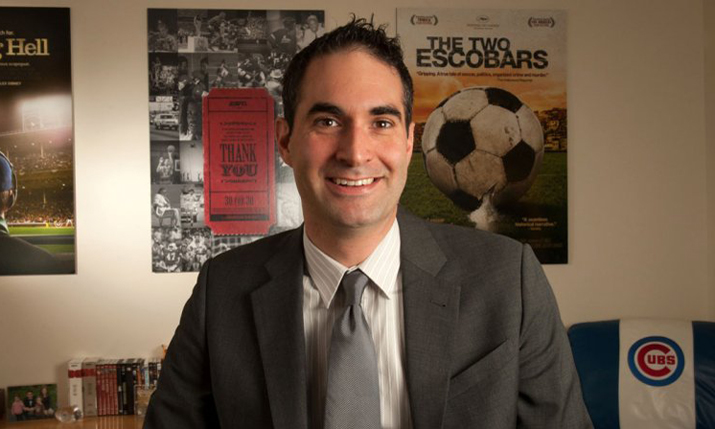 Awful Announcing has learned that ESPN executive vice president of content Connor Schell will be leaving the company in the coming months.  The news squeaked out while I foolishly was working on this story with Andrew Marchand first reporting.

We’re told a statement of a mutual parting is being worked on. While “a mutual parting of the ways” is often some heavy spinning, this is indeed the case as Schell is looking for a new challenge in which he’s more directly involved in content creation as well as pursuing content projects outside of the sports genre. Schell had begun discussing his departure as early as this summer and will continue in his role the next few months. While Schell hasn’t fully committed to starting his own production company, such a move is highly likely at this point. ESPN is said to be interested in working with Schell on future projects when such a move is finalized.

Schell was internally known as one of the key individuals involved for such projects like ESPN’s ambitious Emmy and Oscar-winning, O.J.: Made in America, and this spring’s huge hit The Last Dance, as well as other ambitious anthologies like College Football 150 and Basketball: A Love Story. He was also an important figure in the 30 for 30 series overall, and his summer 2017 promotion to EVP (content) made him one of ESPN’s most important executives. When former ESPN president John Skipper resigned in December 2017, Schell was on the short list of internal individuals thought as possibilities to take over that role (which eventually went to Disney executive Jimmy Pitaro).

Schell has been an internal champion for prestigious longform projects and seems to be zeroing in on capitalizing on the the growing trend of longer docuseries. Recently, shows like The Vow, Tiger King, and his The Last Dance have all found success this past year.  By leaving ESPN, Schell will be better able to pursue those type of projects and be more hands-on. Additionally, this will allow him to pursue content topics beyond just sports such as music, pop culture, and news.

We’ll have more on his departure and what it means for ESPN in the coming days.