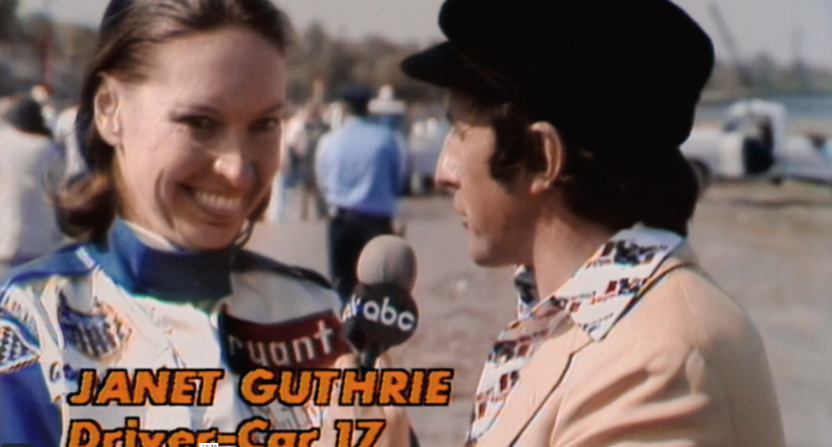 Installment: #102 by ESPN’s count (#103 by mine, counting the O.J. doc as one installment, although ESPN initially counted it as five different 30 for 30s, but now seems to list it separately, not as part of the series. Additionally, one finished project, Down In The Valley, has been suspended from airing.)

Review: For many, the name Janet Guthrie won’t ring a bell.  It didn’t for me which added to the mystery of this 30 for 30 installment. This is one of the very few instances where I went in totally fresh, as in I didn’t watch the trailer, the name didn’t ring a bell, and I didn’t see any commercials, posters, or press materials. Given Guthrie’s career was short and ended nearly 40 years ago, I suspect her story will be new to many viewers like it was to me.

Qualified chronicles Guthrie’s brief, but distinguished racing career, and centers around her efforts to qualify and finish the Indy 500. The film is greatly aided by — and leans considerably on — utilizing Guthrie to tell her own story, which she does in a very measured and stoic manner. What really makes Qualified pop is the extensive amount of vivid racetrack footage that gives the film a pretty immersive feel. For sports doc aficionados, this closely mirrors the excellence of Senna, which also is jam-packed with footage (which once again makes me wonder how and why such a stirring amount of footage was taken at the time). Both films are like a carton of cookie dough cream, in which you open it up and are delighted to find damn near two thirds of the container is cookie dough. 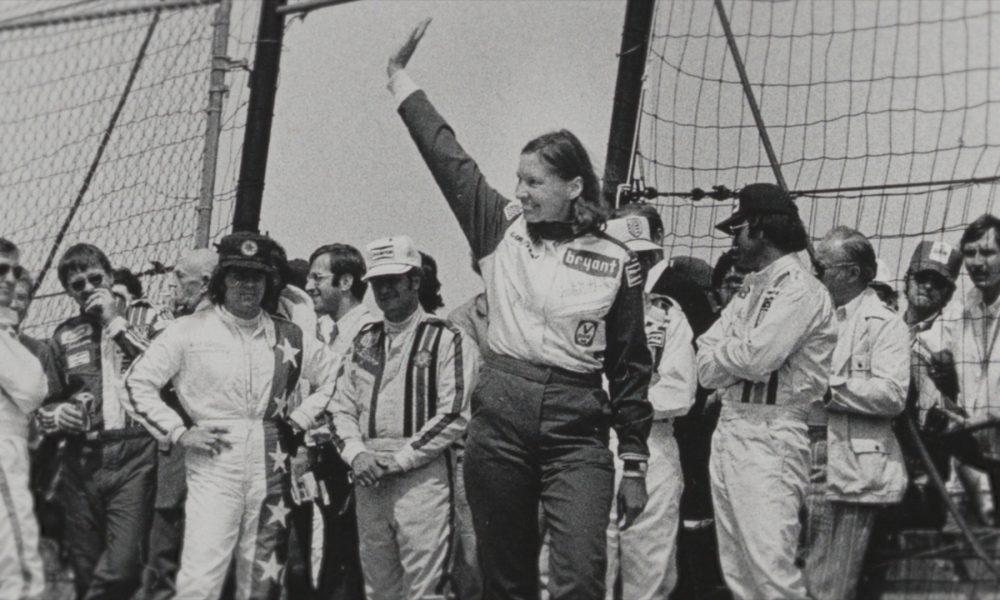 There are really four things that work in Qualified‘s favor. In no particular order:

– You’re probably not going to know a thing about this story.

– The footage is amazing.

– Guthrie is a dependable, humble, and honest storyteller.

– Her story elicits a lot of empathy and adoration.

Without sacrificing too much in the way of spoilers and preserving some of the film’s freshness to you, I’ll just say Guthrie is an extremely sympathetic protagonist that you find yourself living and dying with as she struggles to find success and validation, let alone equality and opportunity.

I have this film in the good, but not great neighborhood of my rankings. Working against Qualified are a few minor quibbles. While Guthrie is a tremendous asset to the film, her reserved personality doesn’t find much of a counterbalance in terms of voices adding colorful morsels into the film. Guthrie is herself and is excellent giving you all the insights you need, but the film sometimes feels like salad without any dressing or croutons to liven it up.

If you’re a frequent reader of my reviews, you know I have two really basic criteria when reviewing documentaries: How good of a story is it and how well did you tell it? Director Jenna Ricker does a pretty stellar job here telling Guthrie’s story. But beyond a little lack of energy and/or color I mentioned above, through absolutely no fault of her own, Guthrie’s story itself falls a bit flat compared to some of the films within the 30 for 30 series.

42 years ago today, Janet Guthrie became the first woman to qualify for the Indy 500.

Our newest film "Qualified" will tell that story. pic.twitter.com/PJ0yhW682N

That might seem a bit harsh, as Guthrie’s short-lived career was never given a fair shot and was essentially constantly being sabotaged due to her gender. That said, I naively thought as the film moved on, we’d get some type of real or orchestrated positive note or message at the end. The film seemed to be building towards a positive payoff, and while circumstances wouldn’t allow a real positive ending, many 30 for 30s and sports movies do a good job tying together or highlighting some of the more positive elements in a story to give a film a positive upswing at the end (the last 30 for 30 was actually very similar and went into the opposite direction).

Guthrie had some significant successes, was an inspiration to many, and did it all with a lot of grace and perseverance. While that’s certainly articulated in the film, it seems to be under-celebrated a bit as Ricker opted to not sugarcoat anything nor focus on any silver lining. Guthrie endured, inspired, succeeded, failed, and ultimately nothing she was going to do was going to be enough. Perhaps the realistic disappointing framing of the film will be more effective in making her story resonate, but the injustice she endured felt like a more aggressive gutpunch than I was hoping for.

I’m guessing that discomfort and disappointment was by design and unavoidable given Guthrie carried that her entire career, and that’s not something that can be soft-served in a way viewers are accustomed to. Regardless, Guthrie’s story was a fresh and meaningful journey told at a very high level and is certainly worth your time despite the harsh reality that the film is unable to drive around.