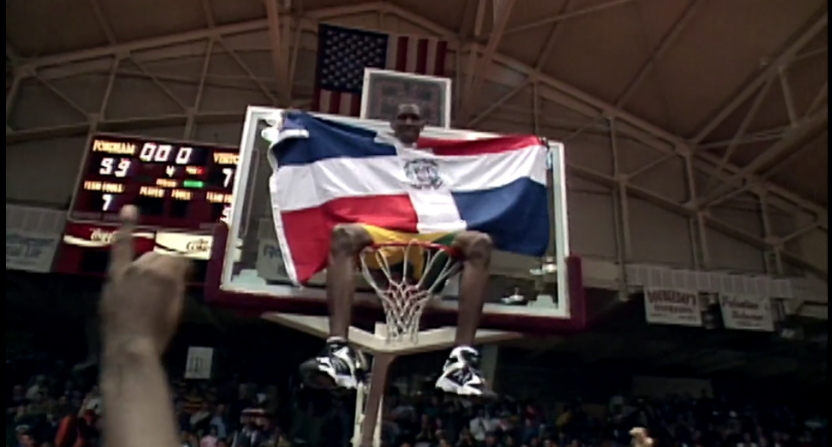 Installment: #101 by ESPN’s count (#102 by mine, counting the O.J. doc as one installment, although ESPN initially counted it as five different 30 for 30s, but now seems to list it separately, not as part of the series. Additionally, one finished project, Down In The Valley, has been suspended from airing.)

Most Similar To: Without Bias, The Best That Never Was, The Marinovich Project

Review: This week’s 30 for 30 installment marks the first time any director has put out a sixth film in the 30 for 30 series. This foray from director Jonathan Hock centers around prodigal hype never that is never fully realized. Previous Hock installments of the same ilk includes The Best That Never Was and Unguarded, and while The Dominican Dream hits similar high notes, I think many will find the film to be a little more difficult to get through than some of Hock’s previous efforts.

The Dominican Dream centers around the basketball phenom and Dominican hero, Felipe Lopez. The name was certainly familiar to me, but I essentially went in fresh here and was not fully aware of his back story and historical significance. Given Lopez’s NBA career was short lived and his days as a sports folk hero were right before cable and the internet exploded, many will also come into the film with a blank slate regarding Lopez. A few of the film’s participants go out of their way to explain that Lopez went viral before going viral was a thing. To hammer that point home, we get a few montages of various media reports about Lopez, featuring a couple of familiar faces. 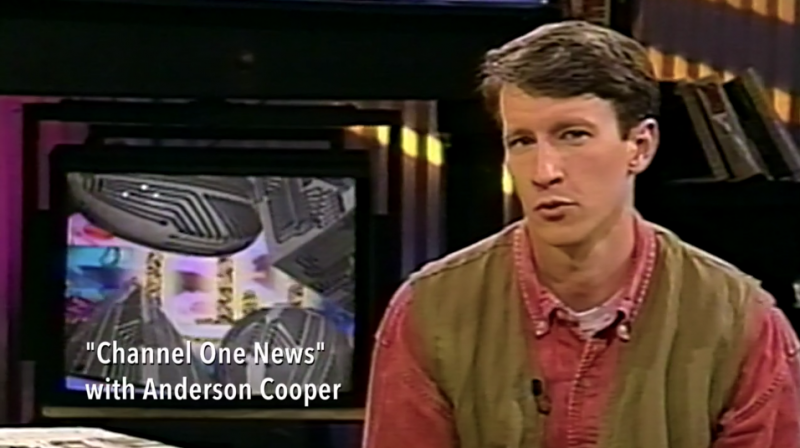 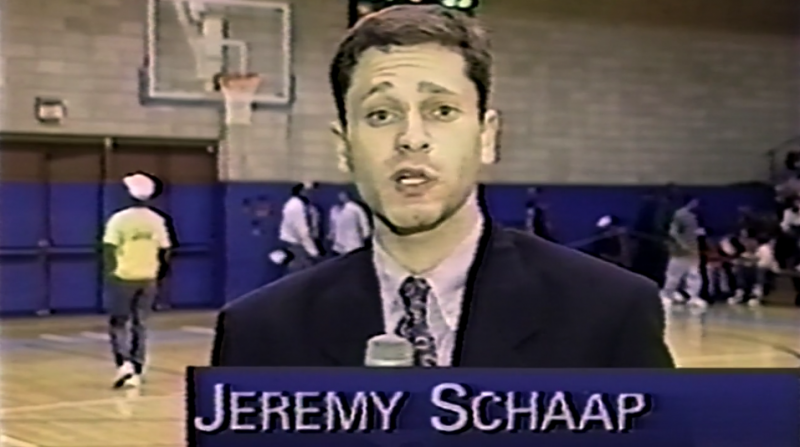 At a high level, the film is split out into thirds, with the first being Lopez’s ascension from middle school immigrant to the number one ranked player in the country. Lopez was the first Dominican basketball star and his stardom was incubated within the large Dominican population in New York City. It didn’t take long for it to spread to the basketball fan ecosystem before crossing over to non-sports fans who were attracted to Lopez’s unique story, unbelievable talents, and iconic status. Lopez did indeed go viral before viral was a thing, and a Sports Illustrated cover ended up being a bittersweet acknowledgment of his phenom status while also serving as the pinnacle of what would be his fading stardom. 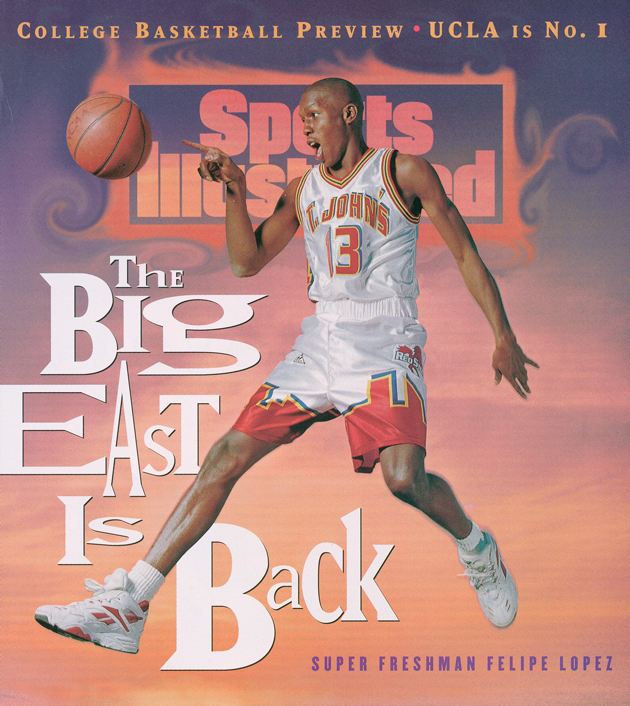 The film then transitions into the second portion, as Lopez struggles to navigate how to capitalize on his abilities and starpower. Lopez faced a few forks in the road, but seemed to prioritize his education and remaining close to his family, despite the advice of others. It wasn’t long before the bubble popped, and the film pivots to documenting Lopez’s fall from a basketball god to a guy looking to get an opportunity to prove himself.

If you read my reviews, the review criteria is pretty simple: how good is the story, and how well did you tell it? Hock does a pretty good job bringing Lopez’s story to life. There is a bevy of footage and news clippings and he seems to have landed interviews from most of the necessary people close to Lopez’s story. In particular, Sonny Vaccaro was an extremely helpful participant in walking us through Lopez’s career.

My medium sized quibble is that there are a few times where we’re not given that much context to what’s going on in Lopez’s career. We’re told of a big city league championship game, but are not told that his team had lost two of its previous three matchups to that same team earlier in the season, (also, the name of one of his teammates was apparently Scientific Mapp, which is at least worthy of a 30 for 30 short).

It’s not really clear to us just where St. John’s is as a program when Lopez joins. It’s implied they are in a down period, but the program’s highs a few years earlier are not spelled out, and the school’s performance just before and during Lopez’s time at the school isn’t explored. There is a coaching change, but it’s somewhat glossed over and viewers are mostly flying blind about the school’s record, Lopez’s statistical performance, and his draft stock. There just wasn’t much appetite to give much context to Lopez’s collegiate career nor his short lived NBA career, which certainly left me wanting more. Hock just seemed to really prefer to avoid specifics on a few fronts for whatever reason.

My larger quibble is one I’m often making. Unlike HBO or Netflix, 30 for 30s have to fit into prescribed viewing windows, meaning some are stretched so they can fit into a one hour, 90 minute, or two hour viewing window. I’m sure everyone at ESPN is rolling their eyes, since I frequently allude to a film being too short or too long, but this is definitely an installment that falls into that bucket. Two hours is a big ask for this story, and unfortunately, the film also suffers from a bit of slow start because the first 12 minutes is pretty much basketball-free.

With that being said, those who stick with the film will be rewarded, because Hock masterfully ties everything together. A lot of the slower parts of the film that may end up losing people center around family dynamics and Lopez’s significance and ongoing connection to his hometown in the Dominican Republic. While these narratives often take you away from the more compelling focus on Lopez’s basketball career, Hock does a stellar job rewarding patient viewers, presenting the thesis that Lopez is an American success story that should be celebrated and not lamented. 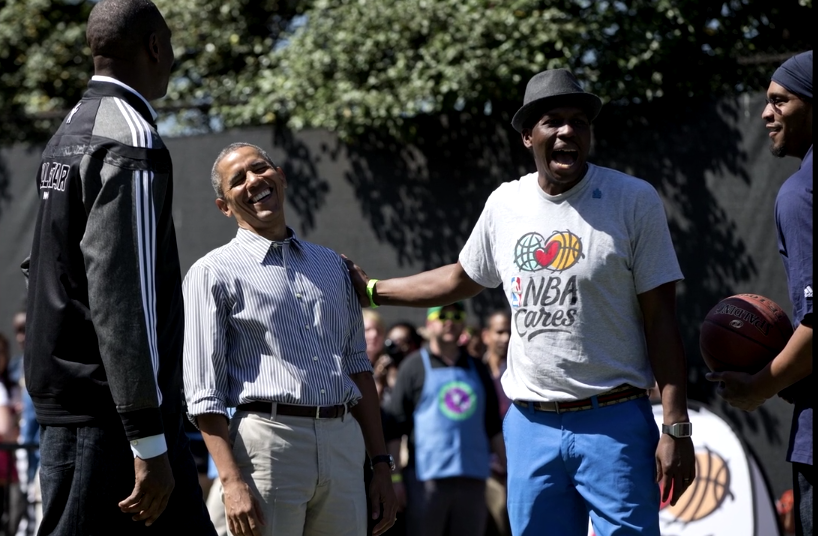 There is a lot of introspection in looking at the crazy path Lopez followed in life. The time Hock spends away from the rise and fall of Lopez as a basketball icon sets the tone for a very poignant ending, which includes a very impressive final credits montage of the film’s participants sharing their own American success stories. Ultimately, The Dominican Dream reveals itself in the end to be less of a sports documentary but one focused on immigration and the American dream.  Unfortunately, I think some of these themes will rile up certain rowdy corners of the internet, but The Dominican Dream was a great lens to explore those themes.

Despite a runtime and pacing that I think will be difficult for a lot of viewers, I’m always encouraged to see 30 for 30 take a more ambitious swing in terms of length and focus beyond just a game, player, or team, shining a light on broader societal issues and themes. The Dominican Dream may not have the broad appeal that much of the 30 for 30 catalog has, but it certainly will connect with people on a much deeper level, which is certainly another way to measure success for a film.

Update: A previous version of this article indicated a teammate of Lopez was named Scientific Math. His name is actually Scientific Mapp and we’ve also learned his brother is Majestic Mapp.