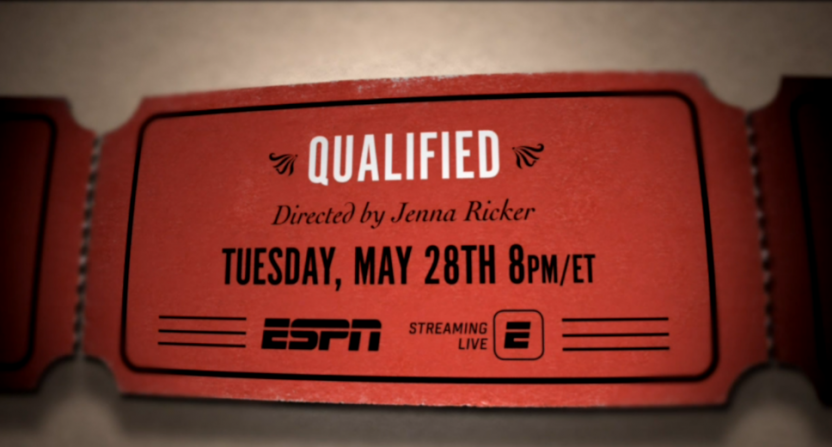 ESPN has announced the next installment in its 30 for 30 documentary series, with “Qualified” premiering on the network May 28 at 9 p.m. Eastern. The film chronicles the story of Janet Guthrie, the first woman to compete in both the Indianapolis 500 and the Daytona 500. It’s directed by Jenna Ricker (who has previously directed Ben’s Plan and The American Side), with producers Caroline Waterlow and Nina Krstic (O.J.: Made in America) and Greg Stuhr (The American Side), and it airs two days after the 103rd Indy 500 (which will be on NBC rather than ABC this year).

In 1977, a 39-year-old aerospace engineer attempted to qualify for the world’s most famous race, the Indianapolis 500. Overcoming sexism, skepticism, and subpar equipment, Janet Guthrie shocked the racing world when the reluctant feminist-turned-trailblazer became the first woman to earn a place on the starting grid at Indy, among 33 of the world’s greatest drivers. But just as Guthrie’s career should have rocketed forward, it suddenly, inexplicably stalled. “Qualified” chronicles the mercurial rise of this barrier-breaking auto racer and her equally rapid decline. What Janet Guthrie accomplished in the male bastion of mid-70s American motorsports, stands as a testament to one woman’s determination and skill – the kind too often relegated to the margins of history.

With unprecedented access to the era’s local television coverage, network broadcasts, rarely seen promotional films, home movies, and private photo and film collections, the film is unique in that it is comprised almost entirely of archival material. Immersing audiences in the wildly colorful and violently dangerous world of 1970s auto racing, the film is punctuated by period commentary and interviews from Jim McKay, Jackie Stewart, and Howard Cosell. The contemporary interviews provide ‘eyewitness’ accounts, and feature over a dozen personalities who were there, from Guthrie’s crew members to her competitors, such as legendary racers A.J. Foyt and Johnny Rutherford, along with Guthrie’s own in-depth, candid, and ultimately revealing account.

“In the late 70’s Janet Guthrie was a name you heard on evening broadcasts and read about in your daily newspaper,” said Ricker. “The saturated film stock and cinematography of that era is so evocative and visceral, it seemed the perfect way to re-introduce Janet to today’s audience. Shaping her story predominantly through archival footage reminds our viewer how present she was in the zeitgeist while placing them at the epicenter of macho 70’s auto racing.”

It’s interesting to see a 30 for 30 installment that plans to use almost entirely archival material, including many interviews from that period. Most of ESPN’s documentaries have used archival footage for highlights but focused on new interviews, with a couple of notable exceptions; one that comes to mind is 42 to 1, where directors Jeremy Schaap and Ben Houser eventually opted to use interviews with Mike Tyson from the time of the Tyson-Douglas fight rather than the new material they’d shot with him. But by and large, these documentaries have focused on new interviews, so this is a significant shift.

With this story, though, that approach seems to make a fair amount of sense, presenting some contemporary perspectives on Guthrie’s accomplishments and challenges. And it helps that this isn’t just footage viewers have seen a million times before; Guthrie’s story isn’t necessarily that widely-known to today’s audience in the first place, and the ability to access home movies, promotional films and private archives should mean there’s material here that’s new to even those who already know about here.

It also sounds like there’s a great story here, and one that’s quite relevant to today’s discussions of women in sports. From a corporate synergy perspective, it seems a little curious that ESPN didn’t do this one earlier while their sister network still had Indy 500 rights, but perhaps the pieces here fell into place later; the release mentions that this is producer Waterlow’s first film since OJ: Made In America. At any rate, it sounds like a promising 30 for 30 entry, and one that adds to their significant recent lineup (The Dominican Dream premiered this week, and they have The Good, The Bad and The Hungry coming on July 2). We’ll see how it turns out.