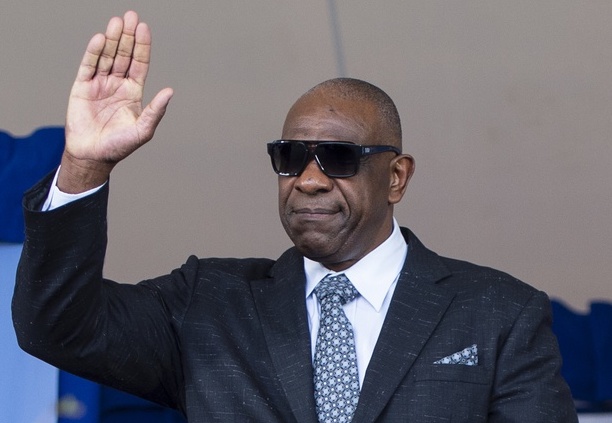 Baseball Hall of Famer Andre Dawson owning and operating a funeral home in a Miami, Florida suburb for the past 12 years has to be one of the more curious revelations of a retired athlete in recent memory.

Hollywood producers and CBS agree, thinking Dawson’s story would make a good TV series. According to reports, the network is developing a one-hour drama titled Closure which will loosely adapt the story of a Hall of Fame baseball player who runs a funeral home after retiring from the game. Dawson will consult on the series.

“Written by [Samantha] Corbin-Miller, in Closure, a beloved baseball Hall of Famer takes over his uncle’s funeral home in an unexpected second chapter of his career in the wake of the unsolved disappearance of his adult son. Rocked by his family’s loss, he and his three daughters — a homicide detective, coroner and trauma nurse, who each have their own parallel journeys in the business of death — commit themselves to helping others find the peace and closure their family hasn’t been able to yet.”

Some CBS TV dramas lean toward the uplifting and inspirational, so any concern that Closure might resemble a previously memorable funeral home series, HBO’s Six Feet Under, might be unnecessary.

However, the CBS lineup also has plenty of police procedurals and grisly crime thrillers, and it appears that Closure will fit comfortably into that space. The synopsis of the series indicates that there will be some crime mystery to the show with the disappearance of the main character’s son. His daughters sound like the CBS prime-time lineup on their own. A homicide detective, coroner, and trauma nurse. Oh, there’s spinoff potential here, folks.

Funeral services have undergone many changes due to COVID-19 considerations and Dawson’s experiences with that have been covered by the media as well. Will this series take place amid the coronavirus pandemic? That could add another layer of drama and intrigue to the series, though it could also unnecessarily complicate the storytelling.

Closure is very much in the developmental stages with scripts to be written, casting to be done, and a pilot to be filmed before CBS decides whether or not to pick it up for a series. But the concept is interesting enough to keep an eye on.

Dawson, 65, was one of MLB’s star sluggers for a 15-year span with the Montreal Expos and Chicago Cubs, winning Rookie of the Year honors and the 1987 National League MVP award. An eight-time All-Star, his final four seasons were played with the Boston Red Sox and Miami Marlins, respectively.