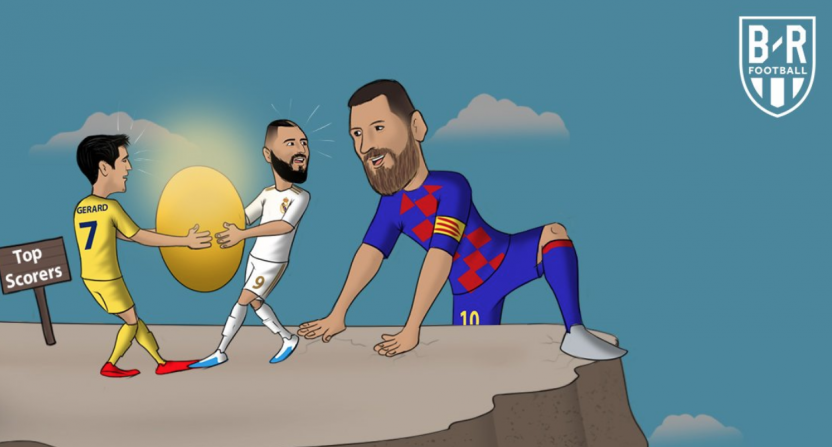 The next step for B/R Football’s YouTube channel is to allow viewers to interact indirectly with the content, something that’s become increasingly popular with streaming content since Netflix’s success with its interactive Black Mirror episode, “Bandersnatch.”

As reported by Digiday’s Tim Peterson, B/R Football will launch an interactive show on Tuesday, Nov. 12, titled “Your Call.” But if you’re a regular YouTube viewer (and aren’t we all?), you know that the platform doesn’t feature elements allowing for direct interaction. So here’s how it will work.

“Your Call” viewers will be able to act as an emerging young soccer star, allowed to make choices such as which soccer team he or she can join and how large a contract can be signed. Each episode ends with presenting the audience with up to four choices. Upon making a selection, a corresponding video will play. The episodes will run 45 to 60 seconds and depending on what the viewer chooses, they could last from five to eight minutes. Altogether, 30 individual videos are incorporated within the show.

Now in its third season, “The Champions” has been a huge success for B/R Football’s YouTube endeavor, drawing in 400,000 new subscribers and helping the channel to more than double its number of monthly views during the past year.

Click over to Digiday for more on how Bleacher Report intends to generate revenue for the series, how long the production process took, other B/R content to be incorporated into each episode, which B/R and Turner on-air personalities will be involved in the program, and the future of the initiative.