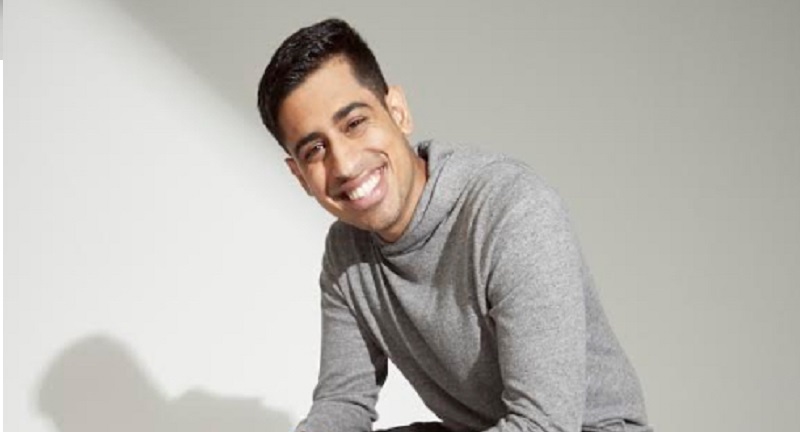 After conquering and revolutionizing Instagram with its sports highlights videos to the tune of 10.8 million followers, Bleacher Report’s House of Highlights— and its creator Omar Raja— has its sights set on Twitter.

Raja will host the debut episode of a monthly 75-minute long Twitter Live show Thursday night at 8 PM ET with co-host and best friend CJ Toledano, a former writer for Conan O’Brien and Jimmy Fallon and a member of B/R’s social team. The show will air from Bleacher Report’s offices in NYC at a special House of Highlights studio created specifically for the show. The show’s first guest will be NBA player and social media darling Nick Young.

Awful Announcing spoke with House of Highlights General Manager Doug Bernstein, who discovered Raja and hired him for B/R, about how Bleacher Report is trying to make HoH and Raja a media brand and not just a popular Instagram feed for sports fans in their teens and early 20s. And that starts with Raja, someone Bernstein dared to compare to Bill Simmons, a modern sports media brand-building pioneer.

“He’s just somebody that we’re very lucky to have found that has the ability to go from behind the camera, behind the scenes, to front-facing talent,” Bernstein said. “You knew Bill Simmons first as a kind of anonymous person, The Sports Guy. Then you kind of knew Bill Simmons by name, and then you started to see Bill Simmons in front of the camera. I think Omar’s kind of on a similar trajectory.”

There’s obviously an enormous difference between operating and curating an Instagram account, and Bleacher Report has been trying to prepare Raja by doing run-throughs and practice runs of the show over the last couple of months, Bernstein said.

“He’s a natural at it,” Bernstein said. “If you’ve heard him on podcasts or heard him in interviews before, he kind of has a natural charisma. And that’s something that I think really shows up on camera.”

In running the Instagram feed, Raja’s been forced to write witty and clever captions, ideas and reactions to games and news as it’s happening, Bernstein said, forcing him to be on his toes for the past four or five years.

“And while writing captions is funny, being relatable is something that definitely translates, and it’s something he’s definitely been honing,” Bernstein said.

Over time, Raja appeared more on HoH’s Instagram stories and then continued in front of the camera for some branded content.

The Twitter Live show, with McDonald’s as the presenting sponsor, isn’t trying to be a traditional host-analyst-guest setup and is more about “taking the audience and the celebrity into the world of House of Highlights and enjoying that fun atmosphere,” Bernstein said.

Young is expected to be on the show for 45-60 minutes, talking about HoH, the NBA, the TNT early game, and whatever else is going on in sports. Bernstein thinks the show, which will be on one Thursday night each month, is perfectly suited to be a user’s second screen to go with an NBA game or Thursday Night Football.

“If you’re watching that TNT game and you’re a real basketball fan, you’re most likely going to be on Twitter following the action on your second screen,” Bernstein said.

The second screen live show will be in direct competition with another Turner-owned offering, Kevin Garnett’s Area 21 show. But Bernstein doesn’t see that as a conflict, and hopes that people will turn to TNT and Area 21 after the B/R show ends.

Tune in at 8 PM and tweet questions with #AskHOH to be featured on the show! pic.twitter.com/dkOeIPmVfx

House of Highlights has been primarily known as an Instagram account, but has slowly been focusing on other platforms this year. HoH on YouTube has about 375,000 subscribers since it first launched in late January. Now they’re really concentrating their efforts on Twitter.

Bleacher Report wants to be around where Gen-Z consumes its sports. The first place it thought Gen-Z would turn to is Instagram, where Raja made his name as an early adopter in terms of posting sports highlights.

With YouTube, they realized a younger audience wanted to watch longer form clips and highlights the next morning. And Instagram isn’t where consumers turn to for live content, Bernstein learned.

“Live sport consumption and second screen are really happening on Twitter,” he said. “You might check your Instagram every five minutes, but you’ll check your Twitter five times in one minute and you’ll be scrolling. We really wanted to be in that live sports consumption space for a young audience.”

Though Bleacher Report doesn’t want to project how many viewers the live shows will get, Bernstein said the HoH audience has responded well so far to its multi-platform expansion. That continues with Twitter, where it has a little over 45,000 followers.

Thursday’s Twitter Live show will be the culmination of turning Raja into a front-facing talent and HoH into a mainstream brand.

“People have been eager to experience Omar and House of Highlights in a more real way,” Bernstein said, “and this is the opportunity to do that.”