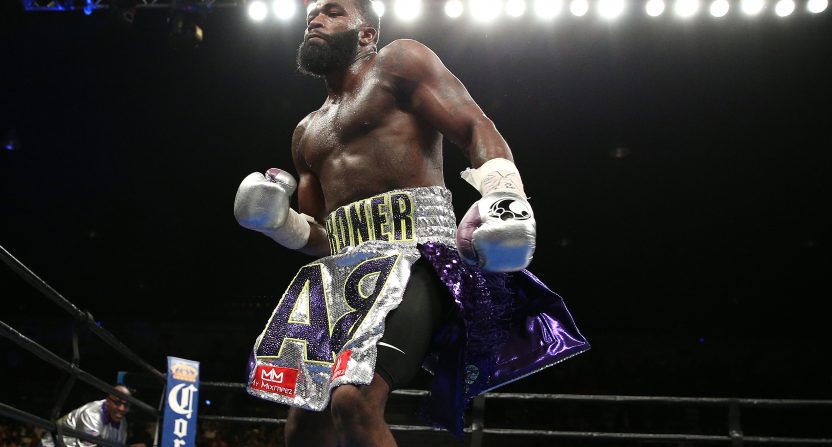 Twitter’s persistent ventures into live-streaming sporting events will continue Saturday when the social media platform teams with Showtime to broadcast a boxing triple-header headlined by the bout between Adrien Broner and Adrian Granados.

It will be the first boxing match Twitter has ever streamed.

“With this unprecedented live stream on Twitter, we have the opportunity to reach boxing fans and casual observers everywhere with the industry-leading boxing programming we deliver to our subscribers on a consistent basis,” said Showtime Sports executive Stephen Espinoza in a statement.

“Twitter is where fans go to for live conversations about boxing.  Our collaboration with Showtime Sports will provide fans access to the live video stream of Saturday night’s best-in-class championship boxing coverage and the live conversation all on one screen.”

Twitter has been very aggressive over the past year in securing rights to stream sporting events. It aired 10 Thursday Night Football games last season and has deals in place to stream MLB, NHL and college sports games as well as PGA Tour events.

Twitter has made a clear statement over the past year that it wants to be part of the future of online sports streaming, which could be the future of sports consumption in general. While Yahoo, Facebook and others have dabbled in streaming deals, Twitter seems to be going all-out in securing as many broadcast rights as it can, and though viewership numbers haven’t always been great, Noto, the Twitter COO, has said in the past that live streaming helps “drive distribution” for the social media network. And of course if the company weren’t happy with how the partnerships were working out, it wouldn’t be signing so many of them.

We’ll continue to monitor if Twitter’s investment in streaming pays off in the long run and if other company jump into the live streaming market.

The Broner-Grenados fight will be accessible Saturday night at showtimeboxing.twitter.com.