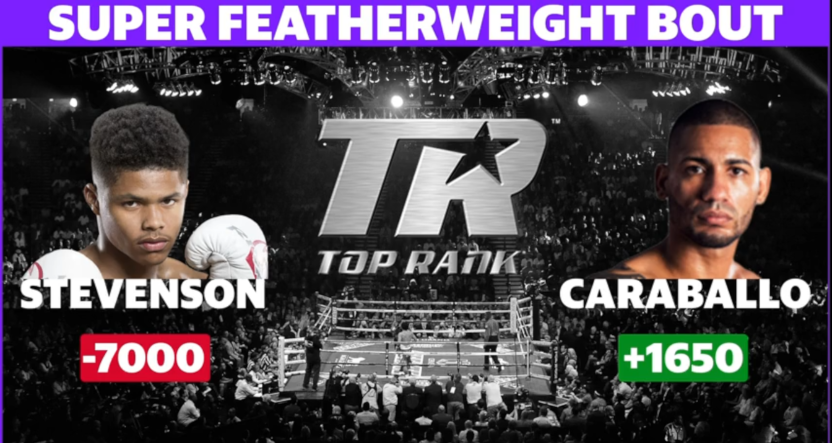 Top Rank Boxing is returning to action this week, beginning with a Tuesday night card (starting at 7 p.m. Eastern) on ESPN. That card (headlined by Shakur Stevenson vs. Felix “La Sombra” Caraballo), and the next one Thursday, will mark Top Rank’s first North American events since the Tyson Fury-Deontay Wilder fight on Feb. 22 (two of their planned March events were cancelled thanks to COVID-19 concerns). Top Rank COO Brad Jacobs spoke to AA this week about the return to action, and said they’re only doing this because they feel confident in the safety precautions they’ve set up for events from the MGM Grand in Las Vegas.

“After our first events were canceled back in March, we started focusing on ways we could get back, but the most important thing was to come back with the safety, health and well-being of our staff, our fighters, their fight camps, ESPN production crews,”  Jacobs said. “That was paramount, that was the number-one priority. So if we could be in an environment where all that was handled and we felt very comfortable with that, then we were willing to move ahead.”

“So as things started to progress and areas started opening up, we started focusing on states with the ability to stage events. And our primary goal was always Las Vegas; it’s where our head offices are located, our staff is there. And large hotels like the MGM have the infrastructure to stage this. If you just go to a warehouse somewhere, it becomes a lot more difficult.”

“After we investigated all those different options, we decided the MGM property would be the best. We started moving forward, and we had to take a leap of faith. And that leap of faith was 1., would the athletes be ready, and 2. would the Nevada State Athletic Commission agree to stage events, and 3. would the MGM be open in time, and 4. would ESPN put a production crew on the road? So all those things were going on all at the same time as we were getting closer and closer and closer to our goal.”

“And in truth, the MGM only opened three or four days ago, the Nevada State Athletic Commission only approved events about 10 days ago, ESPN only approved putting a crew on the road a couple of weeks ago. So we had to focus, we had to take a leap of faith. It was all with educated knowledge, but only one of those pieces had to fall apart and we would have been canceled. Thankfully it all came together, and here we are.”

Jacobs said their protocols mean that everyone involved is tested when they enter the “bubble,” and then restricted to being in that bubble.

“So everybody, not only the fighters, fight camps, but production crews, staffs, everyone goes through the same protocol. And that’s that we live in a bubble. That bubble is defined as the 12th floor of the MGM Grand in Las Vegas. We have the entire floor. I think there’s 200 rooms up there, and everybody is staying on that floor. When you arrive, you get COVID-19 testing immediately, and you go to your room and you quarantine until your test results are back.”

Those tests have already led to one positive result. Mikaela Mayer was set to fight Helen Joseph in a co-featured bout Tuesday, but Mayer tested positive for COVID-19 after she arrived. Jacobs said it’s unfortunate to see that, but the Mayer situation demonstrates that their plans are working.

“We have a protocol playbook which is 20 pages long. Exactly what we planned for in the playbook and our general plans worked flawlessly. She had a test, she went to her room, it came back that she had a positive test, literally five minutes after we had the test [result] she was notified. Within an hour, hour and a half, she was off property to a different hotel. And we made arrangements for her to get a rental car to drive home, 12 hours, by herself. The plan went flawlessly.”

“There are a couple of tweaks that we’ll make on the next one to make it that much smoother, but in general, I thought it went really well. Look, she’s disappointed, we’re disappointed, but this is part of what’s going on. People understand it. And she was very selfless about it. And she was asymptomatic, not a problem in the world, and it could be a minor, minor trace, but it is what it is. Even if it’s one one-millionth, we can’t take the chance that other people would be infected. The protocols were in place, and she’s on her way home, and we’ll move on.”

Jacobs said the quarantine protocols have been well-received by athletes and camp members.

“They’ve actually been very supportive of it. When we started going to the athletes and proposing this concept, there was no pressure, it was ‘if anyone feels uncomfortable, no problem, you can fight when we go back to a more regular environment.’ But a lot of these guys are anxious to fight and willing to do it. And we all understand it’s a little different, it’s unusual fighting without a crowd and all the emotions that that brings with it. But it’s a different world for everybody in every line of work.”

“This is their line of work, and it’s a little different, but they’ll get used to it. And hopefully sometime soon, we’ll go back to closer to normal. But this is what they have on the table now, and we’re very happy and very proud that we’re able to be the first boxing promoters out there staging regular events that are internationally-televised. I think it’s a great moment for everybody. But none of it happened until we had all the safety issues in place.”

An interesting element of this week’s cards on the broadcast side is that the announcers will be calling them completely remotely. ESPN’s Joe Tessitore will be calling play-by-play from the network’s studios in Bristol, Connecticut, while commentators Andre Ward, Tim Bradley and Mark Kriegel will be working from their homes. Jacobs said that may change in the future, but the idea for now is to minimize the numbers of people actually on site in Vegas.

“The goal was to have as few people here as humanly possible, and we’ll see after the first few shows how everybody’s doing with that. And as I’ve said to some other people, what we’re doing today may not look the same two weeks from now. Tweaks will be made. We’ve done everything overboard from the beginning to make sure it runs extremely smoothly, exactly the way we want it to be. Two weeks from now, things may loosen up across the country, and that will be reflected in our broadcasts. Things may tighten up, and that would be reflected. We’ll just have to see how things go.”