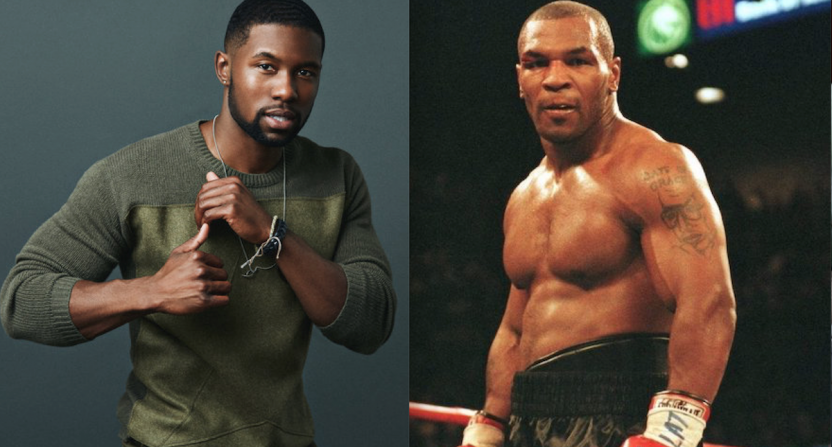 Mike Tyson may not approve of Hulu’s upcoming limited series about his life. But the production is on its way to the ring and just cast the man who will play the boxing legend.

Trevante Rhodes will portray Tyson in the eight-episode scripted series, titled Iron Mike. He’s also an executive producer on the project, which is expected to begin filming later this year.

When the series was announced in late February, Tyson publicly objected, saying his story was being stolen from him and told without his permission.

“Hulu’s announcement to do an unauthorized miniseries of my life, although unfortunate, isn’t surprising,” Tyson said on social media, in posts that have since been deleted. “This announcement on the heels of social disparities in our country is a prime example of how Hulu’s corporate greed led to this tone-deaf cultural misappropriation of my life story.

However, Tyson was likely upset because he was working on his own “authorized” production. Jamie Foxx will portray Tyson in that series, to be directed by Antoine Fuqua (Training Day, The Equalizer) and executive-produced by Martin Scorsese. Tyson’s series has not yet been picked up by a network.

Rhodes is probably best known for his role in Moonlight, which won the 2017 Academy Award for Best Picture. The story follows the life of a young Black man as a child, teenager, then adult (played by Rhodes) as he tries to find a home and identity growing up in Miami. More recently, the former University of Texas sprinter has been in The United States vs. Billie Holliday, Bird Box, and The Predator.

According to Hulu, Iron Mike “will explore the wild, tragic and controversial life and career of heavyweight champion Mike Tyson – one of the most polarizing figures in sports culture.” As fans know, Tyson’s life provides a lot to cover, beginning with his upbringing in Brooklyn, becoming a boxing phenom as a teenager, and winning heavyweight championship as a 20-year-old.

But that fast rise and success preceded a significant downfall, during which Tyson lost his three heavyweight titles in a major upset to Buster Douglas. Former wife Robin Givens accused him of domestic abuse. And he was convicted of rape, then sentenced to six years in prison. During his boxing comeback, he infamously bit off a chunk of Evander Holyfield’s ear in a 1997 bout. And over the past 20 years, Tyson has become a pop culture icon, appearing in films like The Hangover and starring in a one-man show on Broadway.

Iron Mike is being developed by the creative team behind 2017’s Tonya Harding biopic I, Tonya. Writer Steven Rogers and director Craig Gillespie took a somewhat satirical, absurdist approach to Harding’s story, and will likely portray Tyson’s life in a similar tone. Karin Gist (Mixed-ish) will be the showrunner for the series and an executive producer.

Related: I, Tonya is one of 2017’s best movies; our big takeaways from the film