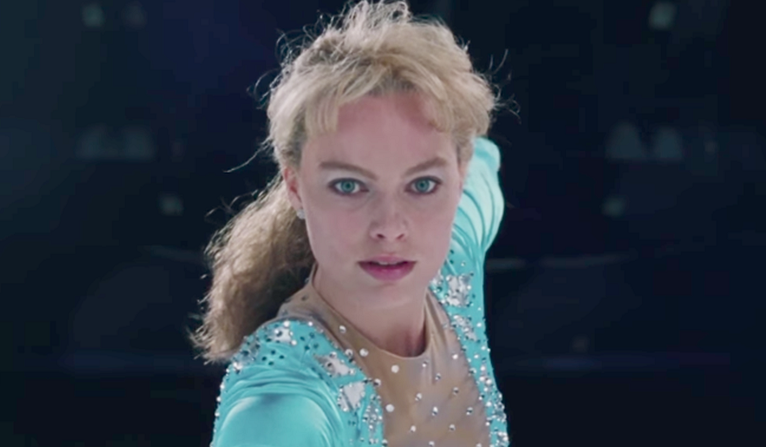 Most of the attention directed toward the movie has been directed at Allison Janney for her portrayal of Harding’s mother, LaVona Golden, and her harsh, abusive treatment of her daughter. But Margot Robbie also deserves praise for her performance as Harding. Many raised an eyebrow when Robbie’s casting as Harding was announced, because she doesn’t look much like Harding. Yet it’s doubtful that will matter to anyone while watching this movie. Robbie embodies Harding’s tough spirit and damaged psyche wonderfully, and might get you to feel some sympathy toward her — whether you think she deserves it or not.

I, Tonya is getting the big push it deserves now, likely fueled by the recognition from this past week’s Oscar nominations. Most everyone who wants to see the film should now have an opportunity to do so, which gives us an opportunity to share some critical thoughts and takeaways from the movie.

The Academy Award nominations were announced this week, and I, Tonya earned three of them. Margot Robbie was nominated for Best Actress, Allison Janney for Best Supporting Actress (and is viewed as the favorite in that category) and Tatiana S. Riegel received a nod for Best Editing. That’s a respectable showing, but I, Tonya didn’t get a nomination for Best Picture. Not everyone would agree it should be recognized as one of the best 10 movies of the year.

But the Best Picture category allows for 10 nominees and only nine films were named this year. Several films warranted consideration for that 10th spot. At our sister site The Comeback, Michael Grant listed five, including critics’ darling The Florida Project. Jay Rigdon felt Columbus deserved some recognition as well.

Yet if Robbie and Janney earned acting nominations for their portrayals of Tonya Harding and LaVona Barnes, respectively, and Sebastian Stan drew praise for his depiction of Jeff Gillooly, it could certainly be argued that a movie with two of the best performances of the year was also one of the best movies of 2017. (That seemed to work for Three Billboards Outside Ebbing, Missouri, which received three acting nods.) No, a movie with excellent acting in it doesn’t always equal an outstanding film. And judging the merits of one movie against others can be a highly subjective practice. But can’t that be said of the Oscars in general?

I, Tonya isn’t a beautifully shot film, with scenes that will impress you visually and make you glad you saw it on the big screen. (Unfortunately, during some of the skating scenes, it’s apparent that the actor’s face was digitally imposed on the athlete — though maybe you have to look hard for that sort of thing. To be fair, the digital effects are seamless later in the movie.) The story of Tonya Harding’s figure skating career isn’t necessarily one of historical importance. And maybe there was reluctance by some voters to praise a film that takes a sympathetic view toward a figure many have viewed as villainous for nearly 25 years.

But in terms of a movie that entertains and that makes you feel something about what’s being depicted — whether it’s empathy or revulsion — I, Tonya is as deserving as many of the other films that received the big nomination this year.

Though the movie doesn’t say this outright, Tonya Harding was a figure skater ahead of her time, bringing more athleticism to the sport and arguably changing how competitions were judged. Director Craig Gillespie and screenwriter Steven Rogers make it clear that Harding was a better athlete on the ice than her fellow skaters and that made up the difference in the other areas where she was lacking, such as presentation with her costumes and music choices.

Harding changed the landscape for American figure skaters by being the first female in competition to land the difficult triple axel jump. For those unfamiliar with all of the elements that the jump incorporates, the script makes sure to detail everything involved through the narration of Harding, her mother and coach Diane Rawlinson (Julianne Nicholson). Harding had the strength in her legs and ankles to generate the height necessary for the jump and to maintain balance when landing upon a single blade.

Maybe that meant Harding didn’t have the dainty, dancer-like physique that figure skating favored, but she was able to do things that her rivals — notably Nancy Kerrigan — couldn’t. That made her impossible for U.S. Olympic figure skating officials to ignore, even if she came across as a rough redneck and didn’t display the elegance that the sport favored among its competitors.

The movie has its fun, but isn’t afraid to be unflinching when it matters

I, Tonya has a whole lot of fun at the expense of Jeff Gillooly and his attempts to win back Harding’s love, which leads to the infamous scheme to attack Nancy Kerrigan. But the movie is unmerciful with his friend, Shawn Eckhardt (Paul Walter Hauser), Gillooly’s friend who took the plans to rattle and intimidate Kerrigan much further than anyone could have imagined. Eckhardt fancies himself an expert in covert operations and constantly bullshits about some missions he was on and new tactics that international agencies are using to take out bad guys.

Whether Gillooly actually believes him or likes Eckhardt too much to call him out on his delusions isn’t entirely apparent, though Harding makes it clear what she thinks when Eckhardt’s constant chattering and scheming interferes with her training. The self-proclaimed professional bodyguard and international terrorism expert showed his ineptness by employing Derrick Smith and Shane Stant (Ricky Russert) to carry out the attack on Kerrigan, even though they didn’t realize she was in Detroit for the 1994 U.S. Figure Skating Championships until after going to Massachusetts, where she trained.

Stant’s incompetence is best explained by the Hard Copy reporter working on the story (played by Bobby Cannavale), who uncovers how these guys really had no idea what they were doing. The mention of Hard Copy is also a reminder of how long ago this whole circumstance took place and the era in which we were living at the time. Tabloid television ruled the day and though such shows may no longer be on the air, their influence can be seen throughout current news coverage, especially on morning news shows and cable news.v

Though I, Tonya plays its comedic elements for all they’re worth — and even plays archival footage during the credits to prove that most of this stuff really did happen the way it’s depicted — the movie isn’t afraid to show us the abuse that Harding endured from her mother and Gillooly. Just when you think this is a hilarious romp and all of the people in the story are unsophisticated rednecks, the story jolts us into reality by showing Gillooly hit Harding in the face. We also see an argument between Harding and Golden take what could have been a fatal turn, which is another shocker.

Considering what she dealt with, it’s amazing that Harding could compete for a spot on the Olympic team and have an opportunity to win a medal. That’s the point of the movie. Tonya Harding did not fit, whether it was in the world of figure skating or even conventional society. Someone of her upbringing and circumstances isn’t supposed to accomplish what she did. And the people she chose to associate with ultimately cost her everything she cherished. (It’s up to you whether or not to believe that she didn’t know everything that was being planned, though the movie makes its stance rather clear.) But figure skating and the Olympics hasn’t seen anything like Tonya Harding, which is definitely worth remembering.