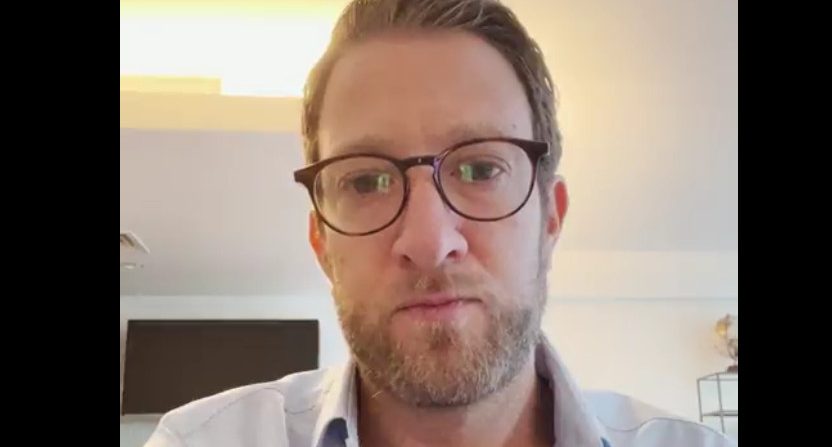 After initially bringing up the idea in November following Insider’s initial report and threatening it again after their second report last week, Barstool Sports founder Dave Portnoy has officially filed a lawsuit against Insider.com (previously known as Business Insider) over their two published stories that quoted women accusing him of various sexual misconduct and assault.

Portnoy announced the lawsuit on Monday via his Twitter account, including the Twitter handles for Insider, co-founder and CEO Henry Blodget, global editor-in-chief Nicholas Carlson, and writer Julia Black.

Insider’s initial post on Portnoy written by Black was posted on November 4. In it, three women alleged to have had sexual encounters with the Barstool founder that “turned into frightening and humiliating experiences.” Two of the women claimed that Portnoy “choked and filmed them without advance permission.”

Afterward, Portnoy waged a public defense of himself, denying that anything between him and the other women was non-consensual, and accusing Insider of reporting the story in an attempt to damage Barstool and Penn National Gaming, which owns a stake in the company, financially. He also accused Insider of targeting him after he announced his support of Donald Trump.

Last week, Black and reporter Melkorka Licea published a second report, in which “3 more women say Barstool Sports founder Dave Portnoy filmed them without asking during sex.” One of the women also claims that Portnoy broke one of her ribs during an encounter.

When contacted about the story, Portnoy tweeted out a four-page letter from his attorney, Andrew Brettler, responding to Insider’s questions. The letter does not deny that the sexual encounters took place but claims that all of Portnoy’s sexual encounters “have been entirely consensual.” The letter also says that Portnoy “never filmed any sexual encounter surreptitiously or without the full knowledge and participation of his partners.”

Last Wednesday, Portnoy announced in a blog post and video on Barstool Sports that he was suing Julia Black and Insider. And so he has.

Per WaPo, Portnoy’s lawsuit, which was filed on Monday in the District Court in Massachusetts, accuses Insider of “willful and unlawful defamation and privacy rights violations” in their reports. Portnoy accuses Insider of pursuing “a preconceived and biased agenda aimed at damaging [him]” to gin up business for the site, which, like many news publications, charges readers for online subscriptions. The suit also alleges that the publication of “highly personal text messages and social media messages” violated Massachusetts privacy laws.

The lawsuit also accuses Insider of adding to “the climate of fear and ‘cancel culture’ permeating the media, whereby it has become open season for anybody to make any claim (no matter how vile and unsupported) about anyone seemingly without consequence.”

In a statement, an Insider spokesperson told WaPo that “We stand behind our reporting and will defend the case vigorously.”

Perhaps knowing what was going to happen when they published a second scathing report about Portnoy, Insider published a companion Editor’s Note from Carlson last week.

“We published our stories on Dave Portnoy because we consider them to be in the public interest and newsworthy,” wrote Carlson. “When a rich, famous, and powerful person uses their power in a way that is harmful to other people, it is newsworthy. When such a person faces such accusations from credible sources and denies them — and then more accusers make new, credible accusations that corroborate and add detail to the alleged pattern of behavior, it is newsworthy.”

Portnoy is asking for compensation but did not specify an amount that he’s seeking in damages. He claims to have lost $12 million in ad revenue since the publication of the first story. He also alleges that the publication of both stories was timed to hurt Penn National Gaming financially, which Insider has denied.

On a call with investors Thursday, Penn National CEO Jay Snowden confirmed his full support for the Barstool partnership, citing that the site is “unusually profitable in its field and grew its social media reach 25% last year.” It was also reported last week that Penn National intends to own 50% of Barstool by 2023 and own the company outright eventually.

You can read the full lawsuit here.