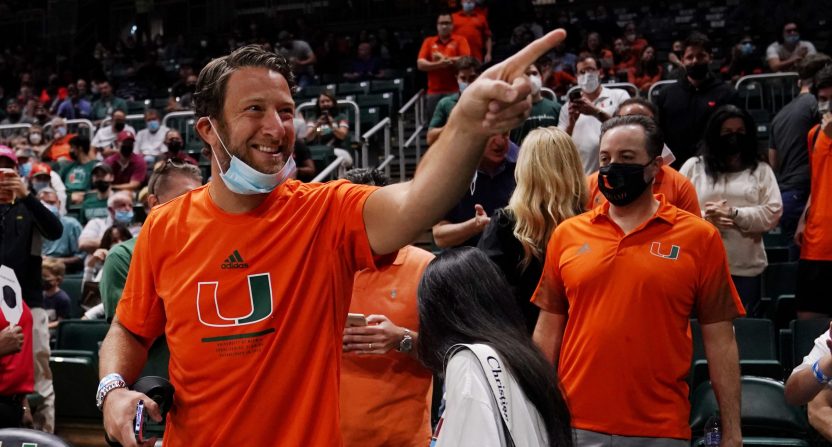 In November 2021, Julia Black at Business Insider (since rebranded as Insider) reported that Barstool Sports founder Dave Portnoy has a history of grooming young women for violent sexual encounters, per accounts by multiple women.

Black spoke with several women, all using pseudonyms out of concern that Portnoy and fans of Barstool Sports (known as “Stoolies”) would attempt to intimidate and attack them, as is known to happen (and eventually did happen). Each of the women outlined their experiences in which they said they contacted Portnoy through direct messages, engaged in sexually explicit conversations, met him in person, and engaged in sex that turned violent and aggressive without a sense that they were able to say no or stop.

Portnoy disputed the reporting in two videos he posted to Twitter and would go on to further refute the story and accuse Black and Insider of making up details and attacking him due to his support of Donald Trump and to damage Barstool and its reputation. “Total bulls***, cancel culture 101,” said Portnoy in an hour-long live stream days after the report dropped.

Portnoy would continue his aggressive pushback against Black and Insider in more social media posts and videos. “Your head is going to be on my spike,” said Portnoy in one particular Twitter video that tagged Insider CEO Henry Blodget.

“Here is what people have to know about me,” Portnoy wrote on Twitter. “If you wrong me I will burn you to the ground. If I burn with it that’s the cost of doing business. I’ve always been that way.” Portnoy also accused Insider of “exploiting” the women in the story “for political agendas and financial gain” and attempted to get the hashtag “CancelBusinessInsider” trending on Twitter.

At one point, Portnoy floated the idea of suing Insider in a tweet, but that apparently did not happen.

Should I sue @BusinessInsider for publishing an article with actual malice about me? For potential imsider trading from your board member @hblodget ? Your silence is deafening @businessbarista @morningbrew @austin_rief https://t.co/lip4GniE9m

Barstool CEO Erika Nardini also came out in support of Portnoy, saying on her podcast that “it was hard for me because I don’t think any women should be forced to do anything against their will” but noting that “it really disturbing was how that piece came together.” Nardini cited that the report came out the same day as the earnings call for Penn National, which owns a minority stake in Barstool.

The whole affair played out pretty much as many expected. Barstool or someone working for Barstool is accused of something heinous, Barstool pushes back harshly, the Stoolies harass the accuser, and the issue goes away or at least fades into the background.

However, Black returned on Wednesday along with Melkorka Licea for a new report by Insider that includes three new accusers who came forward after the initial report, all of whom claim Portnoy filmed their sexual encounters without consent. One of the women also claims that Portnoy broke one of her ribs during an encounter.

Many of these women who were filmed by Portnoy said they were scared to ask him to stop recording because of his aggressive behavior; some said the fact he then possessed these sexually explicit videos and photos discouraged them from doing anything in future interactions that might anger him.

A total of four women have now told Insider that Portnoy has sent them at least 19 unsolicited videos of what appears to be him having sex with other women.

“I know what happened to me, and I know what I experienced,” one of the accusers told Insider. “I know what I went through, and I remember everything in those encounters so vividly, and I’m just very determined to speak up and share my story and hopefully encourage other women to feel confident to speak up.”

According to the report, when Insider reached out to Portnoy for comment, he instead tweeted out a four-page letter from his attorney, Andrew Brettler, responding to their questions.

Insider also noted that the day after the letter was posted, Brettler wrote directly to one of the accused women and demanded that she take back the statements she made to Black.

On Wednesday, Portnoy announced in a blog post and video on Barstool Sports that he was suing Julia Black and Insider.

“Well as promised I am now suing Julia Black and Business Insider,” wrote Portnoy. “Somebody has to be the guy who says enough is enough. A guy who is willing to burn to make sure his enemies burn with him. Every lawyer in the country that I’ve talked to has said “Dave do you really want to sue? Sure you have every right to be furious, but is it worth your time and energy?  Do you want to be in court in the middle of the summer. instead of at the pool? Do you want to put your entire life on blast for the world to see blah, blah, blah.”

“The answer is unequivocally yes. The reason Business Insider gets away with the shit they do is because they bank on guys like me who are not willing to go through the hassle of a lawsuit. Who don’t want to spend tons of money and potentially years of their lives inside a courtroom. This is where they fucked up with me. As I said from day 1 don’t mess with a guy who always tells the truth, has nothing to hide and lives for revenge. Because if I’ve said it once I’ve said it a thousand times.  I’m willing to blow up my own ship as long as everybody I hate sinks with me too. There will be no settling. No amount they can pay me to get them off their backs.  I won’t rest till I put these people out of business. Like I always say. The reason I come out on top 100% of the time in these things is because I always have the truth on my side and I do here once again.”

Portnoy also posted screenshots that allegedly show DMs and private conversations between himself and some of his accusers. He also noted that this latest report also dropped within a day of Penn National’s latest earnings call, implying that this continues to be financially motivated.

For their part, Penn National is unfazed by the allegations. The company, which uses the Barstool name to brand its digital sportsbook, confirmed this week that they intend to own 50% of Barstool by 2023 and own the company outright eventually. On a call with investors Thursday, Penn National CEO Jay Snowden confirmed his full support for the partnership, citing that Barstool is “unusually profitable in its field and grew its social media reach 25% last year.”

Perhaps knowing what was going to happen when they published a second scathing report about Portnoy and allegations of this nature, Insider also published a companion Editor’s Note from Nicholas Carlson, Global Editor-in-Chief of Insider. Given the way that Insider was accused, by Partnoy and Nardini, of publishing the initial reports to damage Barstool financially, it perhaps seemed prudent to try to make it clear that this is an editorial decision and not a business one.

“We published our stories on Dave Portnoy because we consider them to be in the public interest and newsworthy,” wrote Carlson.

“When a rich, famous, and powerful person uses their power in a way that is harmful to other people, it is newsworthy. When such a person faces such accusations from credible sources and denies them — and then more accusers make new, credible accusations that corroborate and add detail to the alleged pattern of behavior, it is newsworthy.”