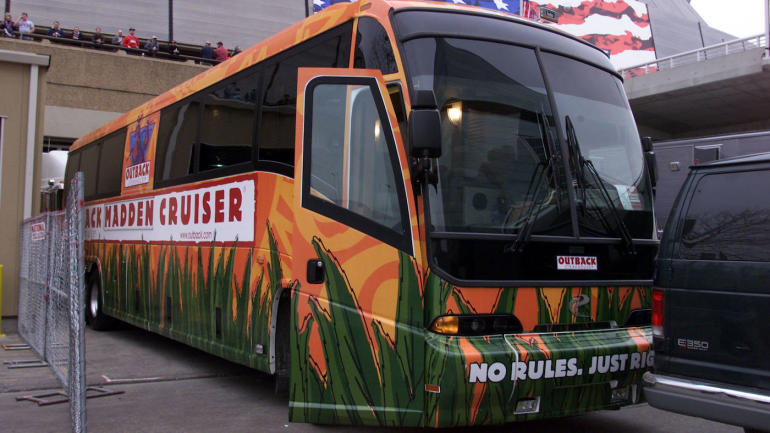 Many have spent the past few days reminiscing on the life of John Madden. Madden was one of the most influential figures in football and he meant so much to so many people that everyone has a John Madden story.

The Athletic compiled a bunch of stories from those closest to Madden and while they are all worth checking out, Matt Millen’s story is arguably one of the most amusing stories of the bunch.

Millen just missed out on being coached by Madden but the two were Raiders and they were co-workers at CBS and Fox throughout the 1990s. Millen would travel with Madden in the Madden Cruiser during the playoffs because Millen (in radio) and Madden (in TV) would work the same games.

Because he was a frequent guest on the Cruiser, Millen revealed a Cruiser rule that he once broke. People couldn’t poop while inside the Madden Cruiser. Including himself, Millen revealed that two others broke the rule. And one of the best hockey players ever was the only one who got a pass from Madden.

Madden was known for having three rules for his football players. No. 1: “Be on time.” No. 2: “Pay attention.” And No. 3: “Play like hell when I tell you to.” He had a lesser-known rule for his bus passengers. “Nobody takes a dump,” Millen says.

Only three people broke the rule in all of Madden’s years of busing. According to Millen, they were Fox producer Richie Zyontz, hockey great Wayne Gretzky and Millen himself.

“He would always bring that up,” Millen says. “Somehow, Wayne Gretzky got a pass. Richie and I bore the brunt, but in particular, it was me because I broke the rule a block away from the hotel. He always said he had to carry that turd around the rest of the country.”

Gretzky might hold a bunch of hockey records, but being the only one who John Madden was cool with taking a dump on the Madden Cruiser has to be an achievement. Just as long as Wayne didn’t do it a block away from the hotel.