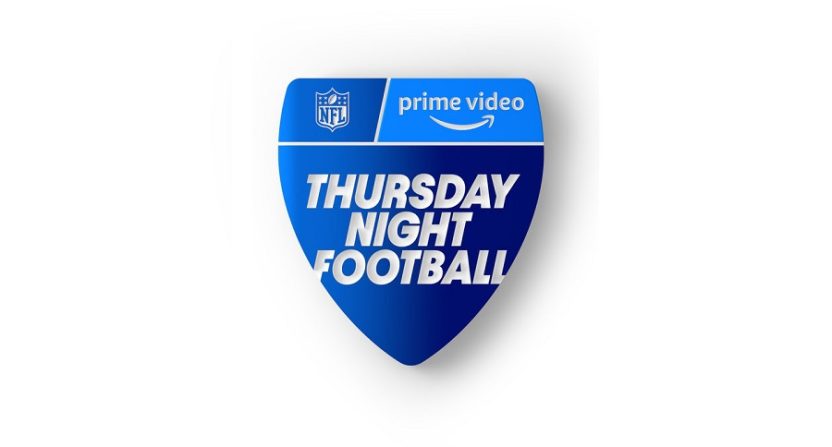 The NFL’s streaming ambitions could not have been made any clearer in recent months. Its Plus service may still leave much to be desired, but moving its vagabond Thursday Night Football package to Amazon’s Prime Video service has already made a massive impact, one felt long before its apparently successful regular season debut.

Amazon now holds exclusive rights to TNF for the next eleven seasons (including the ongoing 2022 campaign) in hopes that its streaming broadcasts will c convince more Americans to sign up for Prime subscription. As the new season progresses, there’s certain to be numerous kinks to be worked out as live sports on the major streamers are still in their relative infancy. (Reviews about the look and feel of the broadcasts have been mostly positive so far, though there’s been criticism about how the streamer addressed Deshaun Watson’s suspension and the coverage around Tua Tagovailoa’s suspected concussion.)

While there is still a significant question about accessibility for fans who won’t sign up for Prime and do not live in local markets of teams playing in a given week, there’s no doubt that Amazon’s entry as a full-fledged exclusive broadcaster created a cascading effect on the sports and media fields.

So in terms of the media business, who stands to benefit from Amazon-branded yardage markers going forward?

NBC, CBS, and FOX are already doling out a king’s ransom for the rights to show the Chicago Bears and all four teams in the NFC East embarrass themselves in December… and November… and October… and September. Despite concerns about player health and complaints about matchup quality, rotating the TNF package between those channels netted even more revenues for the league as the broadcasters were willing to pay for greater relevance against a seemingly infinite amount of entertainment options for viewers.

Despite the diminished importance of broadcast television for Gen Z, those networks still offer highly-viewed shows for everyone else, including casual followers of sports and non-fans. Essentially, Thursday has been returned to scripted show creators. While those hours may not seem like much within a single week, TNF took up anywhere between 50-60 hours of critical TV inventory (not including pre-game shows) every broadcast season. Sports may be propping up these channels, but plenty of people watch the litany of procedurals they all offer.

Of course, this could be moot if Comcast actually rolls back the 10PM hour on NBC’s primetime schedule, as rumored – never mind the fact that it didn’t work out the first time. And just like films, broadcasters are obsessed with franchising singularly successful shows  – NBC is all in on Chicago, CBS loves law enforcement, and FOX keeps dialing 911. Yet, for the millions of Americans who actually don’t want to watch sports, reclaiming those fall primetime hours means more opportunities to discover new shows again. (And for the sleep-deprived, these shows don’t go into OT.)

Believe it or not, ESPN can actually win a part of the football audience while the NFL has its weekly party at Prime. Long before the NFL scheduled TNF, the NCAA scheduled games on Thursday night for ESPN College Football Primetime.

Programs outside of the Power 5 conferences – most especially those from the Group of Five conferences like the MAC or C-USA – would have a nationally-televised showcase on ESPN, ESPN2, or ESPNU largely to themselves. Yet, the broadcasts aren’t devoid of top-ranked teams, such as when 12th-ranked NC State plays hosts to Virginia Tech on October 27th, and the annual Egg Bowl between #23 Mississippi State (and college football’s most quotable coach Mike Leach) and #9 Ole Miss. An arguably better draw comes a week later when America’s favorite table-shaker, Appalachian State, heads to Coastal Carolina with a bowl game in its sights.

There are plenty of fans around the country who prefer college football over the NFL. Sure, it’s not Alabama or Ohio State, but the Thursday night slate is a great way to engage those who don’t want to wait until Saturday for their favorites to take the field. After all, these games can help spur the chaos that usually develops around the rankings as the schedule nears conference play.

Between MLB broadcasts this season and their exclusive rights to Major League Soccer in 2023, Apple is clearly focused on becoming a major player in sports media. Yet with respect to those leagues, the appetite for baseball and soccer these days doesn’t come close to that for the gridiron.

Having TNF on Prime normalizes the idea of having a premier showcase on a different platform than the sporting public has been accustomed to for generations. Even if they are watching through alternative means (read: shared authentication and/or illegal streams), the much sought-after Gen Z viewers know that there’s long-entrenched branding between broadcast networks and sports leagues. Often, people on Twitter have noted how much Prime’s graphic package felt close to what we’ve seen from NBC and Sunday Night Football.

Consumers have become accustomed to streaming services having tentpole shows and events to build around in the same vein that linear TV networks have done for decades. Should the tentpole amass a sizable audience, the viewers themselves become more willing to sample and perhaps support other programming from the broadcaster. Apple TV+ seems to take the same approach as premium cable channels HBO and Showtime, where a handful of prestige dramas and comedies pulled in thousands and eventually millions towards other programming, including live sports such as boxing. A Venn diagram for Apple TV+ subscribers who watch Ted Lasso, Severance, and the St. Louis Cardinals might be hard to come by right now, but over time, Apple’s MLB and MLS telecasts are expected to introduce more fans to original programs and visa versa.

It also helps that Apple TV+  gets more, ahem, bites of the apple by virtue of having more MLB (and soon, MLS) games due to their lengthier seasons versus the NFL.

It’s a cynical view, but a major reason why players risked their well-being even further by playing on short rest was because the NFL wanted to build up the NFL Network. In 2006, the league intentionally held some games back from their TV partners to make them exclusive Thursday night telecasts for its three-year-old linear channel.

It’s rare that you ever hear of a carriage dispute that had nothing to do with sports, and those involving the NFL Network were among the most notorious in late Aughts into the 2010s. You know something has a level of notoriety when its Wikipedia page has a lengthy ‘Controversies’ (or similar) section.

While we haven’t had any Congressional interventions in some time (recall the 2007 regular season finale between the Patriots and Giants that was simulcast on three channels), carriage disputes over sports networks are still massive headaches for all parties. While the carrier(s) and media companies haggle over subscriber and license fees, games are blacked out until the two sides make a deal.

With TNF now in Amazon’s hands, traditional carriage negotiations over the NFL Network could potentially become less hostile since those must-see games are mostly off of linear television, save for local affiliates of the teams in play. Yet the combatants in these disputes have changed – instead of just Charter or Comcast playing hardball with the league, the NFL now has to play nice with device providers like Roku, smart TV makers, and others to make sure that they not only carry the league’s official app, but Prime Video as well.