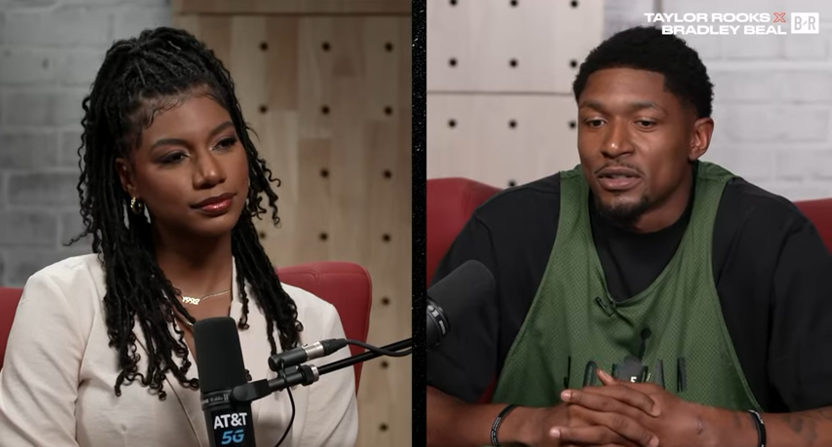 The additions to Prime Video’s Thursday Night Football lineup keep coming. On Thursday, they announced that Taylor Rooks will join those broadcasts as a feature reporter. Rooks, who currently works for Turner Sports and Bleacher Report, will continue with those roles as well. Here’s more on her hire from a release:

Prime Video’s Thursday Night Football continues to add accomplished on-air and on-field talent to the roster, as the streamer announced today that Taylor Rooks will join its wraparound coverage as a feature reporter. Rooks will host feature pieces, sit-down interviews with players and coaches, and more throughout TNF’s pregame, halftime, and postgame shows.

“Taylor Rooks is an incredibly talented journalist, who has already established herself as one of the best interviewers in sports,” said Marie Donoghue, vice president, Global Sports Video, Amazon. “We look forward to bringing her engaging and illuminating conversations to our Thursday Night Football coverage.”

“Words genuinely can’t describe how thrilled I am to be joining Thursday Night Football on Prime Video,” said Rooks. “I’m so thankful for the opportunity to dive into more NFL coverage through in-depth interviewing and creative storytelling. Most importantly, I get to be on a team of talented, forward-thinking individuals bringing something cutting-edge and exciting to the streaming space. Being from the South, football has been a passion of mine for my entire life. The chance to merge my love of the sport with my love of innovation is truly a dream come true.”

In addition to her new role on TNF, Rooks will continue to work across Turner Sports’ programming and Bleacher Report, where she hosts Taylor Rooks X, Bleacher Report’s first show built around an individual talent. She also was Emmy- nominated last year for “Outstanding Personality/Emerging On-Air Talent.”

The 30-year-old Rooks (seen at left above interviewing Bradley Beal on Taylor Rooks X in June) is originally from St. Louis. She majored in broadcast journalism at the University of Illinois at Urbana-Champaign, and reported for Scout.com during that time. She made her on-air debut on pre-WNIT tournament coverage for CBSSN at the age of 19, and also interned with CSN Chicago (now NBC Sports Chicago) and the PGA Tour while in college.

Since then, Rooks has worked for BTN, CBSSN, and SNY, where she worked until heading to Bleacher Report in 2018. Her interviews have long got attention, including with Take It There and now Taylor Rooks X, so she seems like a good fit for this kind of role. We’ll see what she brings to Thursday Night Football this fall.