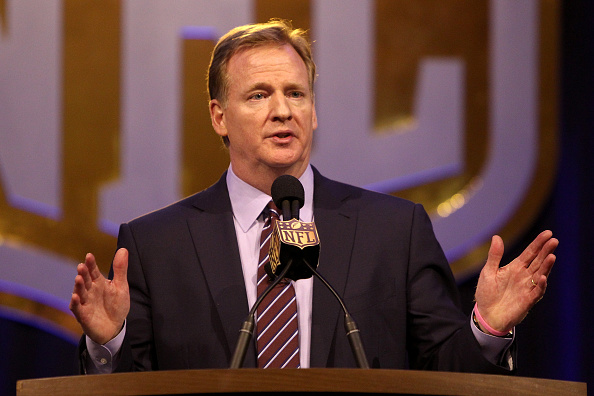 While the new Thursday Night Football package will be split between CBS and NBC on television, the streaming rights for the games weren’t included in the new contracts with those established outlets. The NFL is instead opting to sell those rights separately, and plenty of non-traditional outlets are involved. According to Bloomberg, the top contenders to win the rights are Yahoo, Verizon, and AT&T.

Some of those companies balked at the high price tag, according to people familiar with the companies’ plans, but AT&T, Yahoo, and Verizon are expected to bid. Yahoo live-streamed the NFL’s London game last year, and Verizon’s wireless customers can currently stream live football games on their smartphones (but not most tablets).

The NFL and and the companies declined to comment on the record.

Bloomberg is also reporting that the NFL isn’t looking for a long-term deal with any of these outlets, and could look to sell of its digital rights in 2021, when its TV contracts with CBS, Fox, NBC, and ESPN all expire.

This could lead to a massive financial windfall for the NFL, and would likely also protect it from cord cutting in the future. If say, the NFL re-upped its Monday Night Football TV deal with ESPN, but sold the digital rights separately to an outlet like Yahoo, that’s one more reason for people to cut the cord – if you want to watch Monday Night Football, you wouldn’t need a WatchESPN login, you’d need an account with whatever service Yahoo would have set up.

One more wrinkle with the Thursday digital rights, via Bloomberg – CBS and NBC aren’t interested in paying more on top of what they’ve already paid for the television rights, and Apple and Google are both out of the bidding because of what they assume will be exorbitant costs.

The high prices turned off at least one of the NFL’s potential partners in the most recent round of conversations, according to people familiar with the talks. Apple and Google’s YouTube aren’t expected to be serious bidders for digital rights to Thursday games right now, people familiar with the matter said. Traditional partners CBS and NBC aren’t interested in paying additional fees for their own TV broadcasts, the people said.