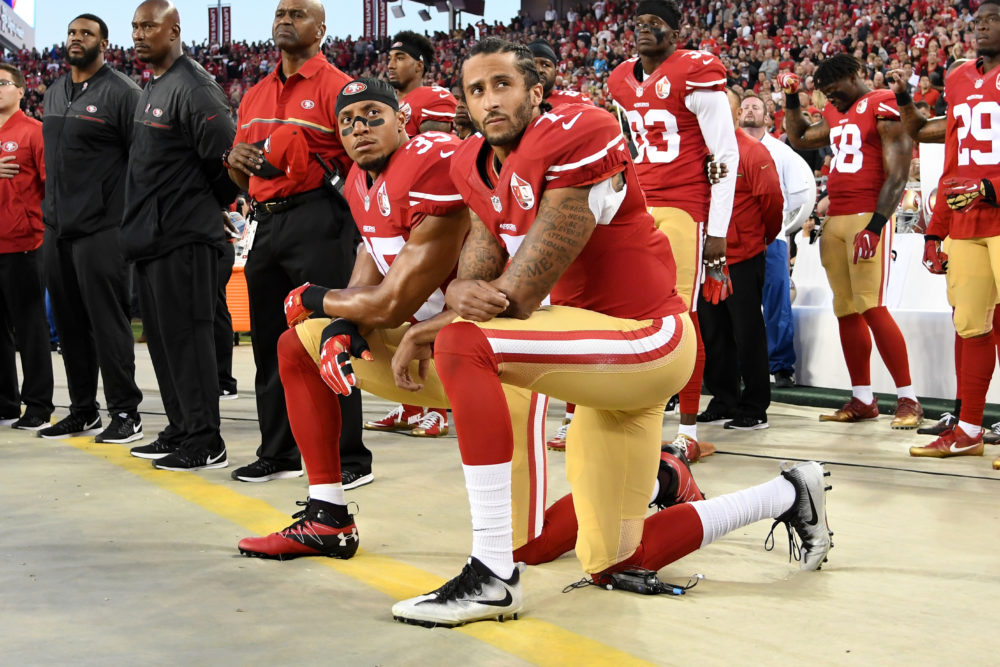 With Colin Kaepernick making so many headlines off the field, it can be hard to remember that he is the starting quarterback for the struggling San Francisco 49ers.

But despite those headlines, we got to see Kaepernick play in the spotlight as the 49ers took on the New England Patriots. While reading off a highlight featuring Kaepernick, NFL RedZone host Scott Hanson referenced Kaepernick’s decision not to vote, causing many to turn their heads.

Here's @ScottHanson after the Kaep run, "… not weighed down by the 'I voted sticker.'"

Woof. That’s a nice ol’ shot at No. 7. Knowing that the internet was stirring over that comment, Hanson came out and addressed his reference to Kaepernick’s voting history.

FYI: Kaep quip wasn't political.
I was referencing what he admitted publicly.
I own my comment just like he owns his choice. #freecountry

It’s hard to believe that this comment wasn’t at all political. It had to be rooted in some sort of political belief by Hanson. Either way, it is surely one way to get viewers to move their heads toward the TV and see what’s going on. It also shows us that the Kaepernick saga will continue to make headlines for the immediate future.