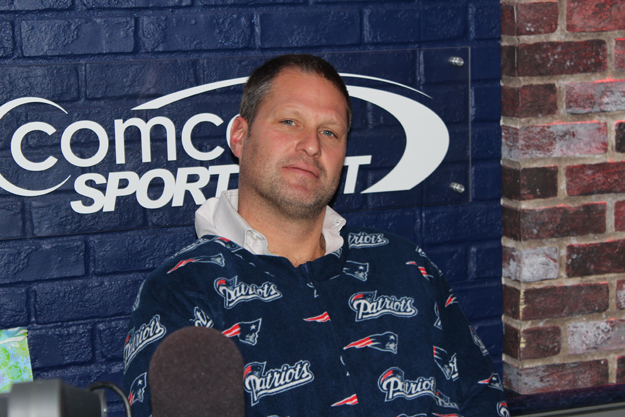 One of the worst recurring hot sports takes we’ve seen in recent years is talking heads criticizing athletes who miss games around the birth of their children. This particularly spun up in 2014 when Daniel Murphy of the Mets took a brief paternity leave early in their season, and was ripped by everyone from Mike Francesa to Boomer Esiason. Now, it’s back, with Mike Felger of Comcast SportsNet New England and 98.5 WBZ The Sports Hub going off on Celtics’ forward Al Horford after Horford missed Monday’s 112-104 win over the Miami Heat. Here’s what Felger said on CSN NE’s post-game show, via Jay King at MassLive.com:

“He had the birth of his kid in Atlanta,” Felger said on the television station. “The game was in Miami. I know when you make $30 million a year it ain’t much to get a private jet. (Celtics co-owner) Wyc (Grousbeck) would probably pick it up to fly down at 3 o’clock in Atlanta. It’s about a 90-minute flight to Atlanta. Play the game and come right back.”

“But if this is a generic child birth?” he added. “Play the game.”

Before finishing his point, Felger revealed he only took one day off from work after the birth of his own daughter. Just to be clear, Horford took the same amount of time. He is expected to practice Tuesday with the Celtics after they return to Boston.

“I would have gone to the game, I would have played in the game,” Felger said. “I like my guys to sort of forsake everything for the team.”

That’s quite the take, and it’s particularly ridiculous when you see Felger say he took a day off work himself. Hypocrisy much? Athletes work just like anyone else, and criticizing someone for missing a regular-season game (which the team won anyway!) for the birth of their child is absurd. Horford is going to get much less time with his newborn daughter than most fathers would given the demands of his job, and ripping him for taking a day off to be at her birth feels crazy.

Crazy isn’t out of the norm for Felger, though. Over the years, the Boston radio host has accused Heidi Watney of having an affair with Jason Varitek and accused Pedro Martinez of taking steroids (both without proof) and lied about what Jack Edwards said on-air. He fits right in with sports radio’s slide to the bottom, and it’s thus perhaps not all that surprising that he said what he did Monday. What’s unfortunate is that he has the platform to say it. Maybe the best response to him (language warning) comes from Horford’s sister Anna: