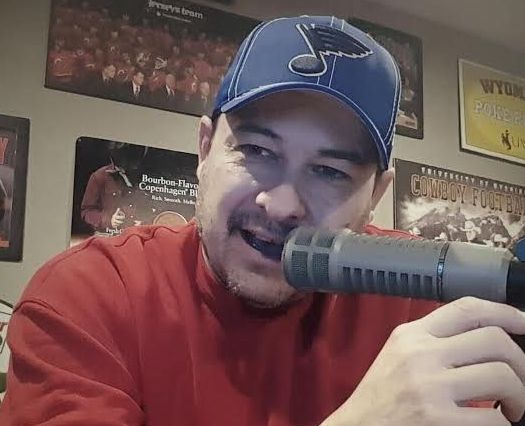 There are controversial people, takes, and scandals in all forms of media, but sports radio stands out both for the sheer scale of some of its scandals and for the people who continue to find work despite those scandals. Yes, there are many still-employed strongly-disliked people with provocative takes in other mediums; consider CollegeSpun’s “64 most annoying people in sports media,” most of which don’t work only in radio.

However, the levels of scandals seen in sports radio are something else, especially on the local level, and that was seen again this week with frequent job-changer, accused plagiarist and accused sexual harasser Dino Costa.

(Update, August 2017: Costa’s deleted his Twitter account after an Oregon station let him go following backlash to his comments about running down protestors. Thus, the links in this post to his tweets no longer work. The rest of this post, from March 2016, resumes below.)

Update: Costa says he has been fired only one time in the last 12 years. Men’s Journal wrote in 2012 that Costa “has been fired from or quit eight radio jobs (and one on TV) over the past decade for reasons ranging from insulting corporate sponsors to allegations of sexual harassment.” This post initially used “frequently fired,” which appears to be inaccurate; we regret the error. Costa’s 2014 response to plagiarism accusations can be seen at the bottom of this post, and his current response can be seen here, here and here. His response to the sexual harassment accusations (which did not see charges filed) can be found here.)

In just his second week at a new job at KFNS 590 in St. Louis, Costa delivered an ugly rant that “women have no place” in sports talk radio, something that would never fly in 2016 on TV, in print, or likely even on nationally-syndicated radio. But Costa can get away with this thanks to his medium of local sports radio, one that’s seeing several outlets drive straight towards the bottom in an attempt to grab listeners in a highly-competitive marketplace.

He has called a co-worker a “fat” so-and-so, another “old” and “ugly,” referred to Rams owner Stan Kroenke as a “scumbag SOB” (he used the words for SOB, not the letters) and has uttered a derogatory term for homosexuals. The list goes on and includes explicit talk, shots at people’s family members and profanity-laced online material.

And he has been in an on-air feud with afternoon drive-time host Kevin Slaten since saying in this space last week that Slaten is “very good. But he could be so much better” and that Costa’s presence will cause Slaten to improve.

KFNS majority owner Randy Markel hired Costa to stir things up, but acknowledges that some of the tactics have gone too far.

“We’re going to clean that up,’’ Markel said. “It’s hard to tell sometimes when Dino’s kidding and when he’s being serious. … Some people like his sense of humor, others don’t. Dino’s Dino. Dino is my guy, I’m going to roll with him. I’m going to find out if what I think is right, that he is what this market needs in the morning. We’ll see. I could be wrong. But he is a genius. He’s starting to find his way.”

That “way” includes toeing the line and taking shots at others, which he has done in other jobs.

That’s perhaps the key here: Costa may be the most extreme in his “way”, and he doesn’t represent every radio host out there by any means, but he’s far from alone. Consider our November 2013 rundown of the incredible controversies from the previous 13 months in radio, which included on-air wishes for the deaths of teams and analysts, rants on how women aren’t welcome in sports, mockery of transgender athletes, women’s softball coaches and Steve Gleason, and references to the Aurora theater shootings.

Even Slaten was in there, thanks to he and Jack Clark getting fired from St. Louis’ 920 AM after just one week for accusing Albert Pujols of steroid use. And that’s before we get to Dan Sileo, who was fired by three different stations in 21 months for offenses including calling African-American NFL players “monkeys,” telling Erin Andrews to bake him a cake, and tweeting a bounty on a Florida State player, and yet still has a job in San Diego radio.

It’s clear that there are plenty of sports radio stations still looking to follow the advice ESPN senior vice-president Traug Keller gave in 2013:

"If you're not getting in trouble once in awhile you're not pushing things enough." – Traug Keller, ESPN SVP on sports radio #SBJSMT

Why does local sports radio keep “pushing things” by hiring people like Costa and Sileo? The answer seems pretty simple; it’s a desperate push for listeners and relevance in an era of incredible competition. There are so many other audio options out there for people, from online broadcasts of syndicated shows to podcasts to streaming music, and local sports radio isn’t even alone in providing audio takes on its market’s teams thanks to newspapers’ and blogs’ expansions into podcasts. Moreover, radio podcasts compete too; if you’re not interested in what’s on your local dial at the moment, you can choose to instead listen to a show on the same station from earlier in the day, or a show on any station from any time. In that environment, nuanced analysis doesn’t get as much attention as “let’s see what crazy thing this guy says next!”

That’s not to paint all radio hosts with the same brush. There are plenty of great ones out there who do deliver engaging conversations and thoughtful takes without getting in the kinds of trouble the likes of Costa and Sileo stir up, and we’ve even seen progress in diversity in sports radio, especially with ESPN’s push for female-led shows. Not all sports radio is such a clear play to attract the lowest common denominator by making the most controversial comments, and not all radio hosts are Costa or Sileo. However, local sports radio as a medium seems willing to keep hiring the worst people who would be unemployable elsewhere, and enabling them to continue to be the worst. As competition elsewhere continues to grow, that trend seems likely to continue.