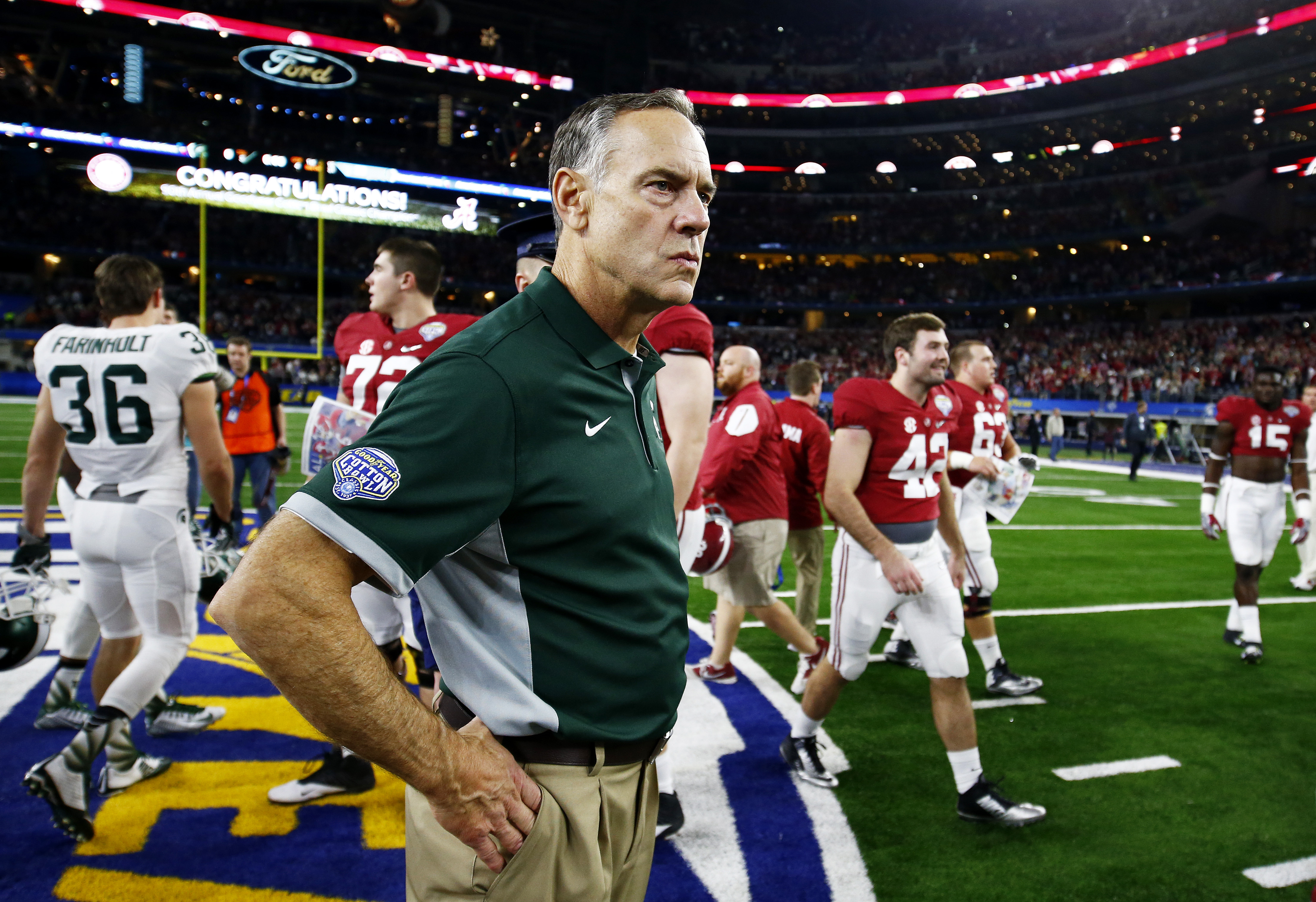 Live radio is a risky endeavor. You’re completely at the mercy of an unsaid agreement between all parties that no one is going to swear, say anything truly offensive, and do their best not to be in a very loud place when speaking. Oh and there’s always the threat that a call-in guest can hang up on you anytime they want and there’s nothing you can do about it.

Such as the lesson “Fox Sports Daybreak” radio show hosts Mike North and Andy Furman were reminded of Wednesday when Michigan State football coach Mark Dantonio hung up on them mid-interview.

Dantonio called in to the show right before the Spartans were scheduled for a 7 a.m. conditioning test, so he was probably already a little jumpy. The hosts didn’t make it any easier as their questions immediately starting pushing his buttons regarding Jim Habaugh, Connor Cook’s reputation, and whether or not MSU is a respected program.

Here’s the full transcript of their conversation until the point when Dantonio ghosted on them.

Mike North: “You’ve done a tremendous job out there, Coach. You had the odds stacked against you like our buddy Tom Izzo and you’ve done nothing but build a program. But I’ve got to ask you this, because even in the radio business, whenever there’s a new kid in town or a new radio host in town, you start taking a look at him. I want to know if – at all – has Jim Habaugh gotten into your head a little bit with some of his antics and some of the things he’s doing in the neighboring school?”

Mark Dantonio: “Well you know from day one when we came here we’ve always competed with the school down the road. So that’s something natural that we have to deal with, and so far so good. We focus on what we do. That’s what I’ve tried to do around here and that’s what our players do as well, just like this morning.

Furman: “Michigan State is now one of six Power Five schools with a winning percentage of .800 or more since the year 2010. Do you feel Coach that maybe you don’t get the respect nationally (you deserve) because of those statistics? I don’t see it.”

Dantonio: “Well you know we’ve been in the Top 10 the last three years. I don’t know. You do what you do. I mean you guys are the guys talking out there and you ask questions that sometimes don’t really make a lot of sense. As this point in time we just focus on the future and we’re primed to do great things here in 2016. So we’ll be ready.”

North: “When Coach says ‘you ask questions that don’t make any sense’, that hits close to home with me Coach I’ve got to be honest with you. But I understand completely what you’re talking about. I’ve got to ask you about the state of your ball club now. Any injuries? And who is the new kid in town behind center?”

Maybe Dantonio just wasn’t in the mood. Maybe he was tired of talking about the same old topics. Maybe he didn’t want to give answers to those final two questions. Maybe it was all three. Whatever it was, the phone line went silent and that was that.

Feeling as though he might have pushed Dantonio a bit much for what was supposed to be a generic radio spot, Furman later tweeted a video apology to the Spartans’ coach.

No word from Dantonio about the interview or the apology. Maybe he’ll go back on the show, maybe he won’t. But the lesson here is not to do radio interviews right before conditioning sessions.

Listen to the full interview here (it won’t take long):