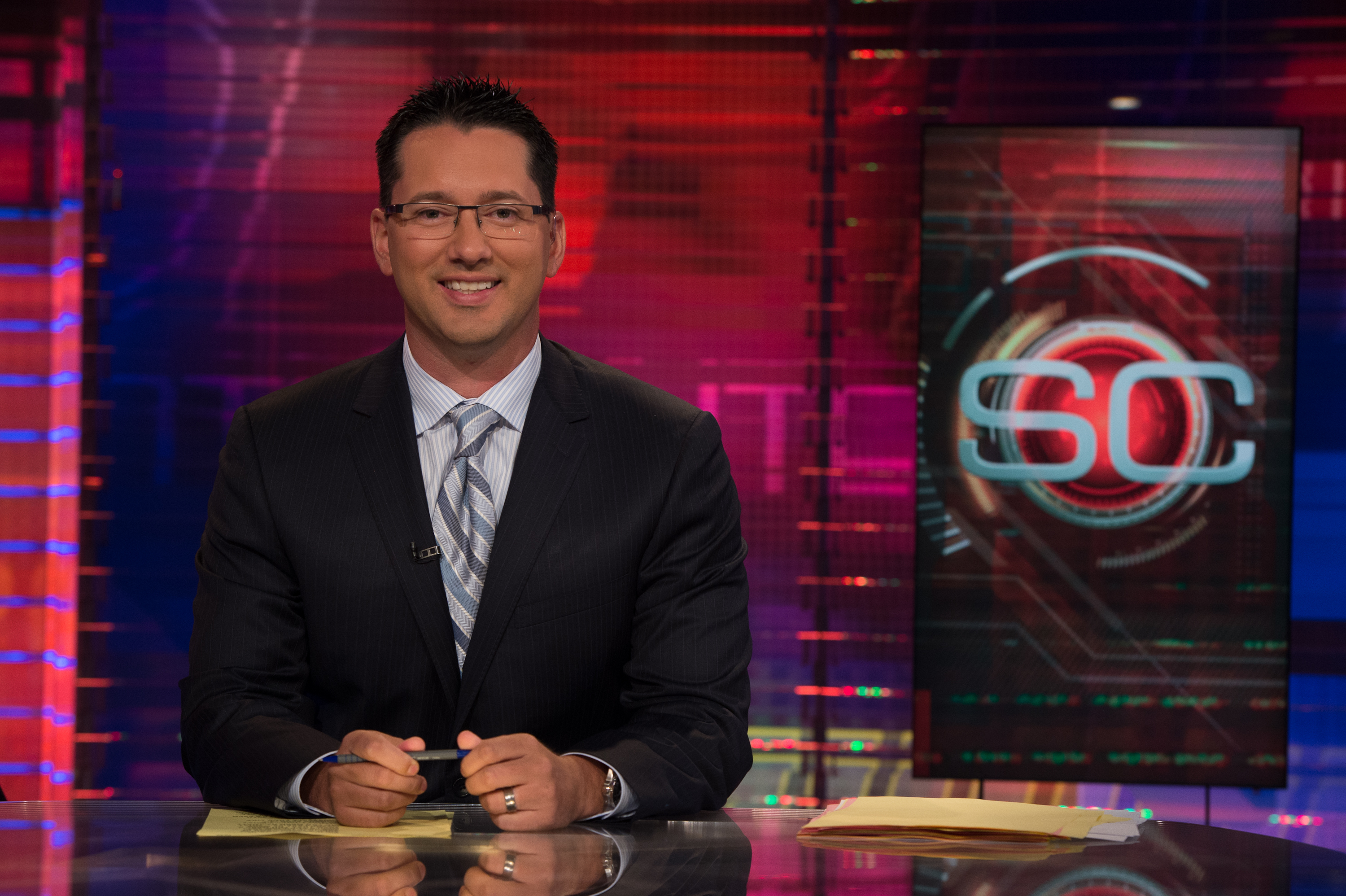 Does ESPN’s Todd Grisham (who primarily does SportsCenter and combat sports work for them) realize that the company’s already given the role of co-master debater on First Take to Max Kellerman? If not, his performance on Twitter over the last few days might be a demo reel of ridiculous hot takes worthy of that spot. First, there’s this one from Monday morning in the wake of Ichiro’s 3,000th MLB hit, on the Marlins’ outfielder’s “unwillingness to learn English.” Grisham has since deleted it, but the screengrab lives on, as preserved by Alex Wong at GQ:

As Wong notes, implying that a foreign athlete needs to learn English is problematic enough even if it were true, but “unwillingness to learn English” is definitely not the case with Ichiro. He’s proven plenty of times that he’s quite capable of speaking in English to teammates (especially in profane speeches ahead of all-star games). When Twitter user @iReedifer profanely pointed this out to Grisham and said that Ichiro uses a translator to talk to media to prevent confusion, though, Grisham didn’t react well. (This tweet has also been deleted, but was preserved by Wong.)

Grisham went on to apologize, somewhat:

And BTW, yes Ichiro apparently speaks "fluent" English as I have been bombarded with. My apologies. Have only seen him w/an interpreter

And drop in this Alanis-approved version of irony after Keith Law asked him how many languages he spoke:

Ironically I took Japanese in College and actually appeared on a Japanese television show! Not kidding. https://t.co/hsnM75asng

There are plenty of valid reasons for even athletes who speak strong English to want to use interpreters, and for those whose English isn’t the strongest, trying to communicate in that language with the media can create big problems for them. The Carlos Gomez-Brian T. Smith situation is an example of that; Gomez declined an interpreter with the expectation Smith would improve the grammar of his quotes, and he claimed Smith instead used them “to ridicule me.” But Ichiro is perfectly capable of communicating to the media in reasonable English; he’s just more concerned that his comments aren’t misinterpreted. Here’s what John Hickey of SportsPress Northwest wrote in 2011, including comments Ichiro made to him through an interpreter:

…Other players who are non-native-English-speakers have taken the plunge and converse directly with American media and fans. Why not Ichiro? Why not, considering that after a decade of playing and living in the United States, he comprehends and speaks English competently?

Without waiting for a translation, Ichiro reaches into his locker, pulls out a small silver gadget that opens up into a small screen and keyboard. He uses his thumbs to hunt and peck for the phrase he wants. When he locates it, he puts the digital phrase finder down and starts talking in Japanese.

“We have to connect to our fans through the media, and when you talk about that, its got to come from your heart, Ichiro says through Antony Suzuki. “And when it comes from your heart, it has to be absolutely consistent.

“There’s a big risk you take without an interpreter, because as professional baseball players, we are here to perform baseball, not to learn a language.”

That whole piece by Hickey is well worth reading, and it provides Ichiro’s eloquent, logical and reasoned explanation of why he continues to speak to the media through a translator. This is an issue that affects many more people than just him. As ESPN’s Marly Rivera noted on an all-female edition of First Take last month (which actually featured some interesting, nuanced discussion instead of debate), language issues are a big deal for athletes, and language-based criticism of them is often used to promote other kinds of anti-immigration and pro-assimilation sentiments. Grisham’s comments were not only wrong in Ichiro’s specific case, but also (“why haven’t you learned English!”) seem to fit with some of the narratives espoused by anti-immigration talking heads. But hey, at least this isn’t the only subject Grisham has hot takes on:

Thinking out loud, will they soon start cancelling NFL games when it snows or rains because of "non-ideal conditions" and "player safety"

Just keep heating up those takes, Todd. If the ESPN thing doesn’t work out, Fox can always use a few more controversial talking heads…