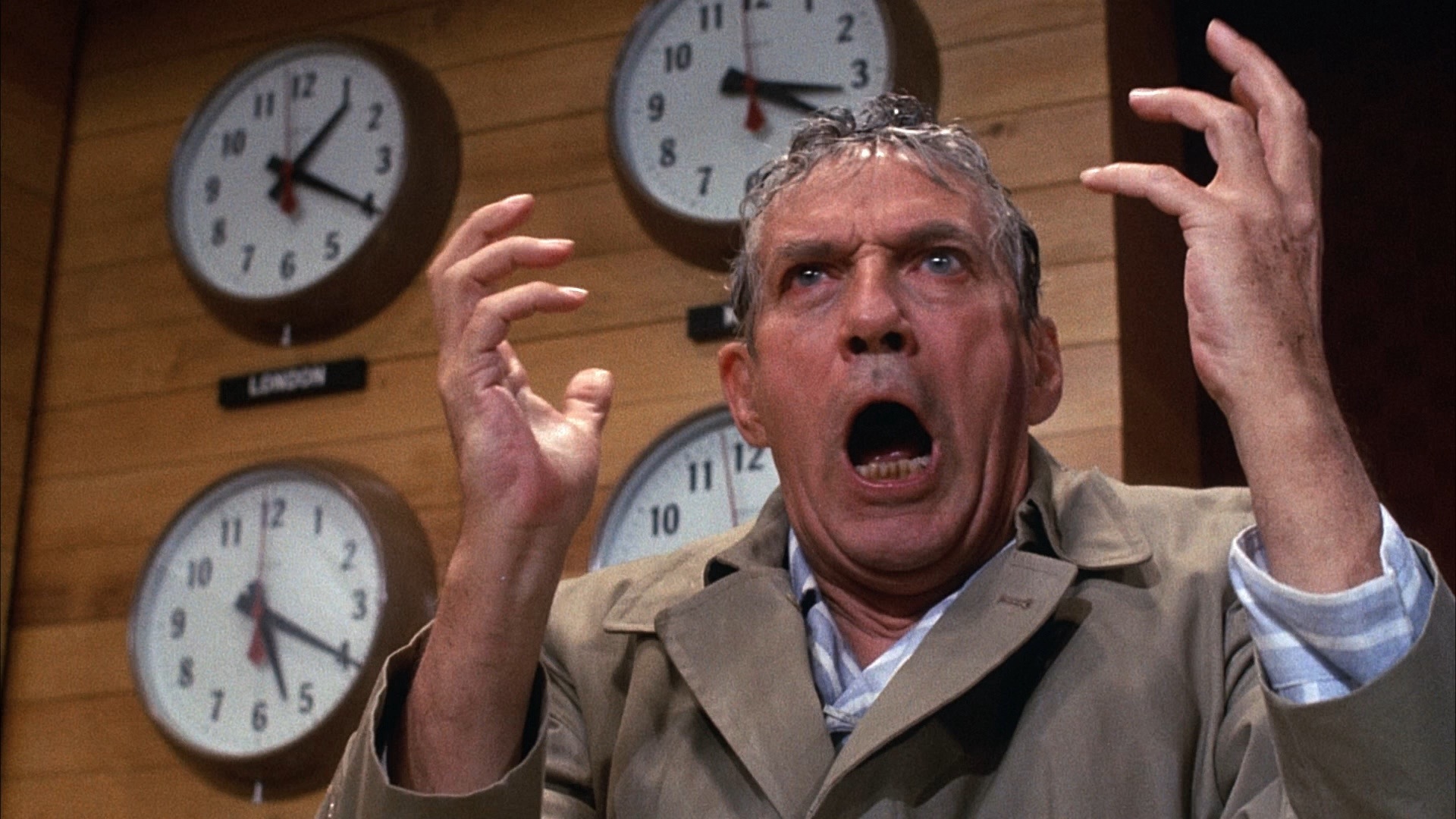 Last night Bobby Knight gave us the announcing equivalent of him throwing a chair across the floor.  He interrupted his own broadcast to yell at fans who were blocking his view of the action.  It can’t be overstated how bizarre and surreal this was.  Knight didn’t wait till commercial, he didn’t take off his headset, he just went ahead and exploded in front of the nation.  (Well, at least whoever was watching Temple-SMU.)  It was like listening to Bill O’Reilly’s “WE’LL DO IT LIVE” rant if it was happening live on the air.

Naturally, that got us thinking: where does the Coach Knight rant rank among the great all-time announcing meltdowns.  Here’s our Top Ten…

10) What is Britney doing with her life?

Mike Patrick has had a lengthy career at ESPN spanning multiple decades, but ask anyone what his most memorable moment as a broadcaster is and they’ll answer with this bizarre Britney Spears tangent in the middle of an overtime game.  Eight years later and we’re still wondering what he was thinking or whether he’s finally made peace with Britney’s career arc.

9) Nuts and bolts, we got screwed!

From ESPN to Abington Community Access.  Let’s just say Abington Green Wave announcers Sean Reilly and Kevin Whalen were not happy with the call on this play.  The result is one of the biggest viral hits in high school football announcing history.

You may notice a trend that officiating decisions lead to many of our top announcing meltdowns.  Here, Timberwolves announcer Alan Horton is incensed over a no-call on a shot at the end of the game.  He singles out ref Ed Malloy in a way that makes you think he was going to be waiting for him in the parking lot after the game.

7) This is not Detroit man, this is the Super Bowl!

A personal favorite of mine.  Vikings play by play man Paul Allen sees Brett Favre throw away a Super Bowl berth right before his eyes against the Saints in the epic 2010 NFC Championship Game.  Tracy Porter intercepted Favre’s insane throw across his body over the middle.  He would then go on to intercept Peyton Manning to clinch a title for the Saints.

We could have chosen from dozens of Jack Edwards clips, but the meltiest of all meltdowns is when he cackled at Roman Hamrlik to “GET UP!!!” after a collision during a particularly frantic playoff game.  It’s still a bit of a shock that Edwards hasn’t pulled a reverse Mike Milbury and made his way from the booth down to the ice to beat an opposing player with his shoe.

Oh, Tommy Heinsohn.  I’m so grateful to find this clip on YouTube because the Celtics legend was so furious with the referees in this game that his commentary led SportsCenter.  That’s right.  SportsCenter’s highlight of the game was a compilation of Tommy going after the referees.  It even includes one of my favorite postgame moments ever – when Tommy reveals that the referees very smugly wished him a Merry Christmas.

4) YOU’VE GOTTA BE BLEEPIN ME!

A compilation of announcing meltdowns is not complete without Hawk Harrelson.  With a nearly unlimited collection of blowups to choose from, we picked this classic where he nearly jumped out of the broadcast booth to argue with umpire Mark Wegner.  The tirade even got Hawk called into Bud Selig’s principal’s office.

Bob Knight’s rant from last night comes in at #3 in our list. His career as a television analyst has largely been a bust (he went from lead studio analyst to calling games in the American) but at least he gave us this moment to remember.

2) They think the terrorists are honing in on the Mountain West tournament!

San Diego sportscaster Ted Leitner was busy calling an exciting Mountain West Championship Game last year between San Diego State and New Mexico. And then some MORON dared to ask him to move his briefcase while he was announcing the action. Leitner unleashed this phenomenal outburst that belongs in the Naismith Hall of Fame. No word on if the ushers found the real terrorists or not.

There’s only one clip on our list where an announcer challenges everyone in the press box around him to a fight. That was what FAU announcer Dave LaMont did after a call he disagreed with. He also hilariously called out Sun Belt commissioner Wright Waters and pounded the glass before ending it by saying “apparently the team is not the only one melting down here.” Bonus points for LaMont somehow maintaining his self-awareness after playing out the football announcing version of Tony Montana’s death scene.