It’s December, which means it’s time for AA’s annual Year End Listapalooza!  Up next, we look back at the year that was in sports podcasting. From the NFL to NBA to pro wrestling and everything in between, there’s such a glut of audio entertainment, interviews and insight that it can be hard to figure out where to begin. Let this list serve as your guiding light.

We’re not including TV shows or sports talk radio programs that are also released as podcasts. Only the real deals there. 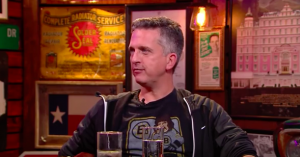 This might feel a little low but it’s really because The Sports Guys’ new podcast started up in October and didn’t have the whole year to work with. It might also be considered low because the podcast itself is a monster success thanks to his fanbase and his “I’m just one of you” style.

Notable Episode: Episode No. 2 of the whole thing, where he discusses DeflateGate, Roger Goodell and President Trump but also takes quite a few shots at his former employer and some of their current employees. It was exactly the kind of thing you were waiting for and you didn’t have to wait long. 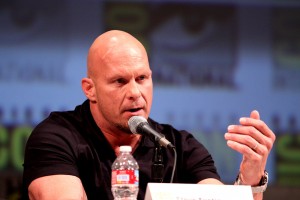 If you’re into pro wrestling, specifically the WWE, you’ll be hard pressed to find a podcast that routinely gets guests you want to hear from. Legends like Mick Foley, current stars like Brock Lesner and various behind-the-scenes folks stop by to talk shop. It helps that Austin himself is entertaining and knows how to carry a show. What else did you expect from the guy who practically saved pro wrestling in the 90’s? 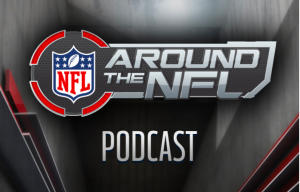 The room full of heroes (Dan Hanzus, Gregg Rosenthal, Chris Wesseling and Marc Sessler) bring a nuanced, well-researched look to the week that was and week to come in the NFL. There’s a million NFL podcasts to choose from but this one feels like the perfect starting point for anyone who just wants some good insight and to feel like you’re sitting around with a group of friends who know what they’re talking about. 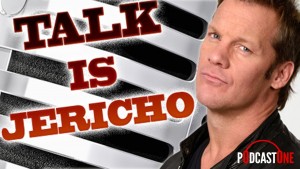 If you’re still looking for that pro wrestling fix but also want a show that branches out into other avenues of pop culture, Chris Jericho touches all the bases. He’s got plenty of big-time wrestling guests to keep those fans interested but also mixes in musical guests, Hollywood stars and other entertainers. 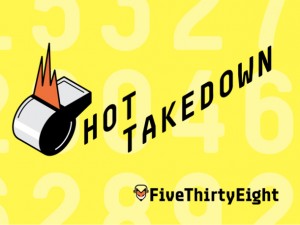 Once you know what the narratives are in the sports world, then tune in to Hot Takedown for the statistical analysis that determines if those talking points are seeded with facts or just unsubstantiated opinion. A great listen especially when there’s a divisive topic in the air that’s easy to prove or disprove (i.e. The Seahawks’ decision to throw instead of handing the ball to Marshawn Lynch in the Super Bowl).

Do you enjoy soccer but you’re not a diehard fan who bleeds your club’s colors? That’s okay and that makes Ramble a great listen because it caters to people who like the sport and know a thing or two but don’t exactly have a closet full of team scarves. Funny as well as revelatory, they cover everything from the English Premier League to the tiny clubs of South America. 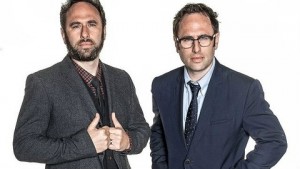 To be fair, there are full episodes that don’t even touch on sports at all. However, brothers Randy and Jason Sklar usually find a way to bring sports into the mix just enough to satisfy that part of the contract before moving on to funny stories, interesting interviews and pop culture breakdowns. Sklarbro County episodes, where Daniel Van Kirk shares news stories of local stupidity and everyone spends the whole episode riffing, are usually where the stars align. 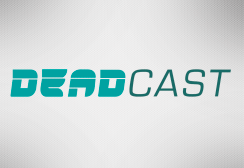 No one is ever going to confuse Drew Magary and Tim Marchman with seasoned radio professionals. The show is full of awkward pauses, delays and mutual agreements that don’t lend themselves to critical analysis. But that’s also part of the show’s charm. They pick a topic or two and just deep dive into it with snark and wit and don’t emerge from the other end until they’ve torched it in full. It’s a bit like being behind the scenes in a Deadspin staff hangout, which, admit it, you’d kinda like to do. 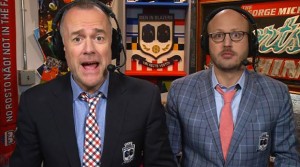 Is this podcast the voice of American soccer fandom? Possibly. Roger Bennett and Michael Davies certainly have the following to back it up. Their credo is that the show is “driven by the belief that Soccer is America’s Sport of the Future. As it has been since 1972.” As the sport grows, so will this show’s influence. You’re already late, get on the bandwagon already. 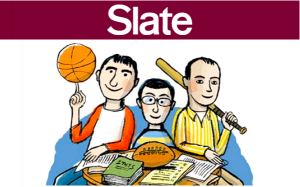 This show is everything you wish First Take sounded like. A discussion of the week in sports but from a place of considered opinion, smart analysis and a little bit of sarcasm thrown in. When your hosts are all regulars on Slate and NPR, that’ll happen. It’s like listening to the anti-sportstalk radio program where thoughtful consideration actually has a place at the table next to snarky critiques. And while they spend much time on the major sports, you’ll be amazed after you realize you just enjoyed an entire segment about competitive Scrabble.

Notable Episode: The Barking Where There Are No Dogs Edition