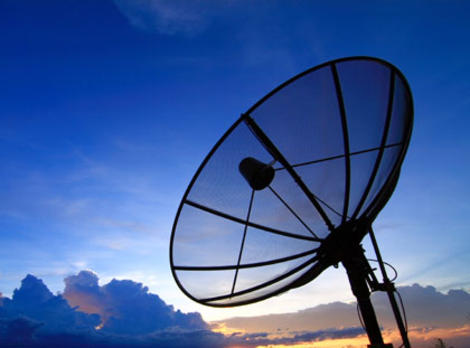 Carriage disputes between cable providers and sports networks are never fun to cover. They leave viewers in the lurch and without programming for what could be long periods of time. For the most part, these disputes can be avoided, but they happen despite deadlines being set, talks going to the last minute and signals getting pulled.

As AT&T U-Verse and Fox Sports 1 are in the midst of the latest dispute, let us take a look at some of the sillier fights between cable companies and sports networks that have occurred over the years. They’re not ranked in any particular order. You may remember them or you may not. After reading, we’re sure you’ll conclude that they were all silly.

The New York Yankees announced the formation of the YES Network to begin in March 2002 after the team had been on MSG Network dating back to 1989. Cablevision purchased MSG in 1997 giving it a monopoly of rights to all New York pro sports teams through its Fox Sports Net channels and MSG .

Wanting to control its television rights in-house, the Yankees (with the then-New Jersey Nets) decided to launch YES. Angry over losing the Yankees, Cablevision opted not to pick up the network, and the dispute lasted the entire 2002 season preventing Yankees fans from watching 130 games on the network.

At one point during the season, YES sued Cablevision to gain carriage, but the suit was thrown out of court. In March of 2003, Mayor Michael Bloomberg brokered a one-year deal that eventually led to a long-term agreement. YES is now carried by most cable and satellite providers, except for Dish Network, but it doesn’t matter. YES has become one of the most successful regional sports networks in the country.

As with many disputes, the main sticking point between the two sides is money. Providers don’t want to pay the asking price to pick up a network. Or the providers as with Cablevision could get angry over losing rights and refuse to carry the new network. As for NFL Network, it was a combination of both and also a miscalculation on the NFL’s part.

Up until 2012, NFL Network had a very slow subscriber growth. That was because many major cable providers refused to carry the channel. DirecTV was one of the few providers that picked up NFLN right from the beginning, but major companies like Bright House, Cablevision, Comcast, Cox, Dish and Time Warner for various reasons chose not to. Part of the reason was that DirecTV had the rights to NFL Sunday Ticket and another was the cost of the channel. There was another reason for Comcast.

At one point, Comcast thought it had a deal with the NFL for the rights to eight regular season games, but the league decided to put them on NFL Network instead. That led to NFLN remaining off Comcast until 2009 when the two sides finally reached a long-term agreement.

The NFL thought there would be a major clamoring for the channel but found there wasn’t one except when Thursday Night Football had a local team on and fans could not watch the game.

Finally in 2012, the last two major pieces of the cable puzzle fell for NFLN when Cablevision and Time Warner Cable reached agreements. It took a while, but finally NFL Network was on all of the major providers across the country. NFLN also sweetened the pot with NFL RedZone and increasing Thursday Night Football to 13 games in 2012.

Before NBC Sports took over Versus and rebranded it to NBC Sports Network and then NBCSN, Comcast was hoping to make it a competitor to ESPN. It bid for the NFL and MLB, but failed in both attempts. It did get the NHL and aired a schedule of Big 12 and Pac-12 football games.

In 2009, DirecTV and Comcast were discussing a new contract for Versus when the satellite provider balked over the proposed cost for the channel and a request to move it off its sports tier.

On September 1, 2009, DirecTV pulled Versus leaving its channel slot dark. This lasted into 2010, through the Winter Olympics, finally getting resolved in mid-March just in time for the NHL Stanley Cup Playoffs, but not after more than six months of being offline.

This was quite nasty. Dish sued ESPN over a licensing dispute that dated back to 2005. Dish was awarded less than $5 million, but because it had three of its four claims rejected, it lost on the $153 million it was seeking.

During negotiations with ESPN for a new long-term agreement, Dish actually threatened to pull its networks if the deal did not make financial sense, however, cooler heads prevailed and the two sides eventually went into handshake mode.

Just this year, Dish signed ESPN for its over the top Sling TV service.

These two hemmed and hawed, haggled and argued, set several artificial deadlines and finally in August 2013, CBS was pulled from Time Warner. For a month, TWC subscribers in markets where CBS had owned-and-operated stations were unable to watch the PGA Championship, the U.S. Open and preseason NFL games. They finally made up a month later, but not after TWC lost subscribers.

Pac-12 Networks launched in 2012. And while several major cable providers and Dish signed on to carry all of the channels under the Pac-12 Networks umbrella, DirecTV has elected not to.

The Pac-12 has appealed to its fans to complain to DirecTV and drop it for a provider that carries the networks, but there hasn’t been a widespread panic and the company continues to draw a line in the sand.

There is some hope that with the pending AT&T/DirecTV merger that Pac-12 Networks will eventually come on board, but they remain off for now.

Comcast SportsNet Houston gained the rights to the Astros and Rockets in 2012. DirecTV refused to carry the channel over price. Other major cable providers in the area also didn’t carry the regional sports network. Only Comcast cable systems and a few smaller providers did and as the network tried to carry on, it went bankrupt.

The matter went into court and a judge approved a plan that had AT&T and DirecTV take over the channel rebranding it to Root Sports Southwest. As a result, more providers picked up the channel, greatly expanding the subscriber base.

Everybody vs. SportsNet LA (2014-present)

In January 2013, Time Warner Cable signed a 25-year, $8.35 billion deal for the media rights to the Los Angeles Dodgers taking over from Fox. TWC announced that it would launch a channel, SportsNet LA that would be devoted to the Dodgers rather than merging it with its existing Time Warner Cable SportsNet network that airs the Lakers and the Galaxy.

And while Time Warner Cable would carry the network, other providers in Southern California refused among them DirecTV and Comcast.

Dodgers fans who weren’t in TWC’s footprint, about 70% of the market went the most of the 2014 season without seeing the team on local TV, at least those games that weren’t aired on ESPN and Fox. In the final week of the season, the Dodgers put its games on an over the air station to allow fans to watch them.

So far, there’s been no luck in getting DirecTV or other providers to pick up SportsNet LA and there seems to be no end in sight to this dispute.

The conflicts between the providers and the networks have been silly, but they leave viewers angry and frustrated when they can’t watch their favorite teams or sporting events. While the fights wage on, it’s the viewers and subscribers who are the losers as they’re stuck in the middle.

It’s hoped that the providers and networks will learn their lessons although that seems unlikely and we’ll see more disputes in the future.