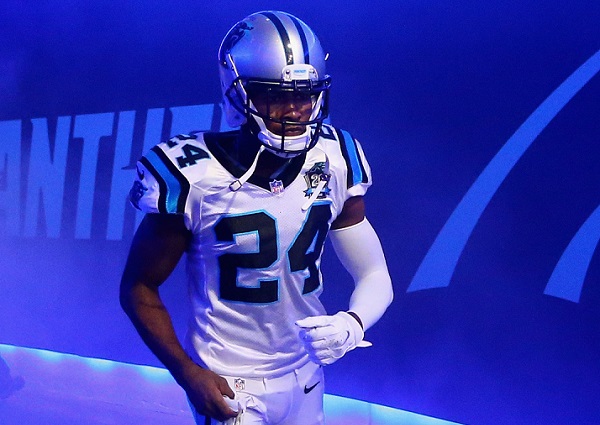 Carolina Panthers cornerback Josh Norman apparently isn’t a fan of ESPN Monday Night Football analyst Jon Gruden. Or at the very least, he questions just how much the former coach pays attention to the overall NFL.

Gruden called Monday’s Week 1 Eagles-Falcons game, during which Atlanta receiver Julio Jones caught nine passes for 141 yards and two touchdowns. During the first quarter of the broadcast, he said he hadn’t “seen anybody cover Julio Jones in the last couple of years.” Given Jones’ subsequent performance, Gruden’s comment looked rather astute. But when Norman heard about the remark, he took issue with it.

“Yeah, I’ve been seeing that,” the cornerback said to ESPN’s David Newton. “That goes to show you how much he watches film, or how much he pays attention to what goes on to the people he’s watching in the NFL. That’s all I’ve got to say about that.”

Questioning how much film Gruden watches is taking quite a shot. Hasn’t Norman ever seen an episode of Gruden’s QB Camp? The dude watches some film. Look at his eyes. He probably watches too much.

Last season, Norman limited Jones to 10 catches for 107 yards and no touchdowns in two games between the Panthers and Falcons. Obviously, those numbers give him a reason to call Gruden out. Somebody did a pretty decent job of covering Jones, and Norman explained his success in that matchup.

“But I just know Julio. It’s kind of what he does and how he brings to the table,” he said to Newton. “It’s much different than any other wide receiver. And when you’re a DB, you can’t play him like you play other wide receivers. If you give him releases like that he’s going to do that to you 99.9 percent of the time.”

Maybe Norman has a point, in that Gruden spends a lot of time watching quarterbacks in preparation for the NFL Draft and his series with prospective signal-callers. But by and large, what Gruden said isn’t inaccurate. Jones caught 104 passes for 1,593 yards and six touchdowns last season. That averages out to 99.5 yards per game. Not too many defensive backs were covering the guy. And when making quick, concise statements on the air is required, a broadcaster is certainly prone to hyperbole to underline a larger point.

So while Norman can say, “Hey, what about me?” and show some professional pride, calling Gruden out for not watching enough film or not paying enough attention to the players he’s watching each week is a bit unfair. The coach has to look at the bigger picture for his job.

Still, this calls for a special episode of Gruden’s QB Camp, doesn’t it? It could be titled Gruden’s QB Camp Special Edition: Gruden’s DB Camp. You know, like Saturday editions of Monday Night Football or whatever they’re called late in the season. A coach, a player, a screen and a clicker. Let’s make this happen, ESPN.