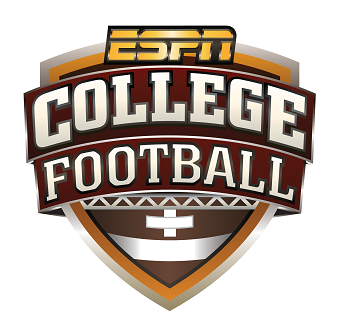 For the 10th consecutive season, ESPN has National Signing Day covered from start to finish.

The annual day when high schoolers commit to where they will play college football takes place Feb. 4 and ESPN will have everyone involved, especially its new networks.

ESPNU will be the primary home of the coverage, airing 11 hours of coverage throughout the day from 8 a.m. ET to 7 p.m. ET. There will be 15 televised announcements from high profile recruits on ESPNU, as well as analysis and breakdowns from network talent like Danny Kanell, David Pollack and Desmond Howard.

Rece Davis and Matt Schick will host the coverage on ESPNU from the network’s Charlotte studios, which will be simulcast on ESPN from 2-3 p.m. ET, and SportsCenter will provide updates throughout the day.

The Mothership will have 14 reporters embedded on college campuses for immediate reaction from the day’s proceedings, including Kaylee Hartung at Alabama, Holly Rowe at USC, Tony Barnhart at Tennessee, Pedro Gomez at Michigan and many more. They will be on the ground, able to interview coaches once those coaches are allowed to publicly comment on their recruits.

In addition to the blanket coverage from ESPNU, the Worldwide Leader’s newer channels will also get a chance to cover the action on this decision day. The SEC Network — also broadcasting from Charlotte — will cover National Signing Day from 10 a.m. to 3 p.m. ET, leading into the Paul Finebaum Show, which will no doubt continue to talk about the day’s happenings with guests and his well-informed callers. The newly accessible Longhorn Network will also have coverage of the day’s events from 9 a.m. until 1 p.m. if you only care about what happens with Texas football.

ESPN3 will broadcast the coverage from all of these networks online, as well as specific specials focused on individual schools like Florida State, Northern Illinois, Duke, Buffalo, Monmouth and Georgia Tech.

This amount of coverage concerning high school students signing a piece of paper and faxing it in seems exorbitant, but it’s filling a demand.

National Signing Day has become a high-profile event that has grown in relevance year after year, driven mostly by the coverage of recruiting and the year-round interest in college football. It does involve the life decisions of 17 and 18 year olds, but it has the feeling of the NFL Draft. No coach has ever said anything bad about his recruiting class on Signing Day, and each fan gets a glimmer of hope from the bounty of newly signed players.

The preparation for this year’s National Signing Day on ESPN started the day after last year’s, and with as much going on as there is, the high-wire act of broadcasting a dozen hours of live television is always interesting.