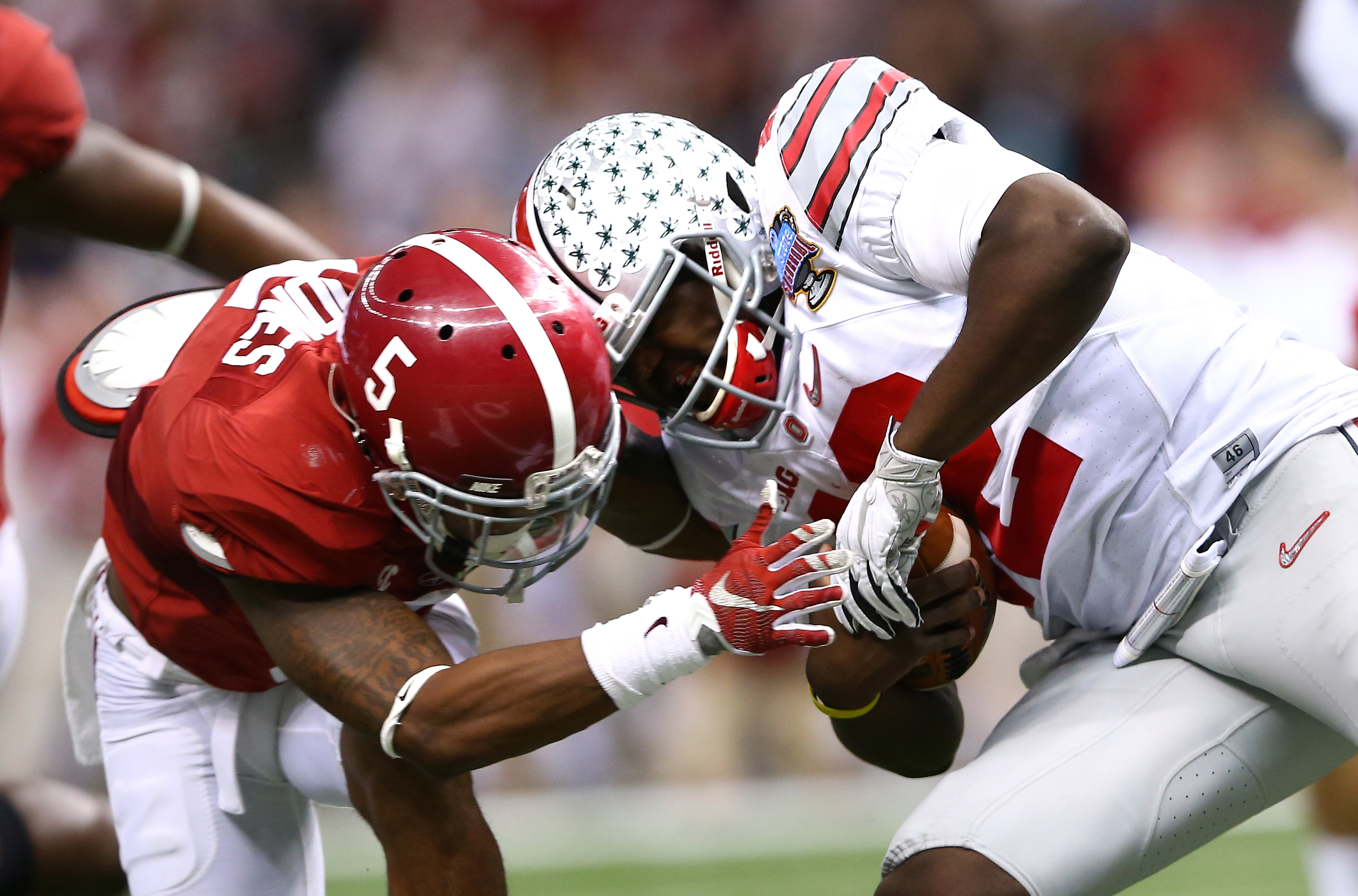 One of the stories that will gain more steam throughout the course of the fall and early winter will be the College Football Playoff schedule.  Way back in January we told you about the schedule, shifting semifinal games to New Year’s Eve, and how it will be a losing situation for fans and the sport that will cause ratings to go down in Year 2 of the playoff.  Against all conventional wisdom, college football is pushing ahead with the New Year’s Six rotation schedule that will see these playoff games played on New Year’s Eve two out of every three years.

With July upon us and football season just appearing over the horizon, the powers that be in college football are beginning to sell fans that this may not really be the terrible idea that it surely seems to be.  (Good luck with that…)

Over at Sports Illustrated, Executive Director Bill Hancock offered this quote that will surely be bulletin board material in the offices of Ryan Seacrest and Pitbull:

“We really do think we’re going to change the paradigm of New Year’s Eve,” said Bill Hancock, the executive director of the College Football Playoff.

As was reported earlier this year, ESPN tried to get the suits to change the dates on the playoff to an empty Saturday on January 2nd in an idea that was a clear win-win-win.  But seemingly only the stubbornness of the playoff committee prevented it.  Just look at these quotes from ESPN’s recently promoted VP of programming Ilan Ben-Hanan:

“We approached the CFP with a one-year change—and really a one-year-only opportunity—because of a complete quirk in the calendar,” said Ilan Ben-Hanan, ESPN’s vice president of programming and acquisitions. “With Saturday being a traditional college football day, we thought it could be a great one-time opportunity to have the semifinals fall on Jan. 2. You would have the Rose and Sugar and Fiesta [bowls] on Jan. 1 as it already is scheduled and then you would move what is the current New Year’s Eve schedule to Jan. 2. We approached the CFP with [the idea], the CFP vetted it and they decided to stick with the regularly scheduled calendar, which is fine, and we move forward.”

“We thought the bowls would have liked it for on-site attendance reasons because it was a Saturday,” Ben-Hanan said. “There was a lot to like about it, but in the end it was their decision. They are very invested in establishing this new tradition, something we will of course be helping them do as a partner.”

ESPN basically offered the College Football Playoff Powers That Be a free upgrade to the penthouse floor and they turned it down because they just loved the charm of the economy suite.  Read between the lines.  Ben-Hanan might as well have said, “There was a lot to like about it… and I have no idea why on God’s green earth they didn’t scream YES! YES! YES! for it.”

Even the biggest college football loyalist will have to admit there’s going to be a decline in viewership and interest this year.  You might be able to convince a few diehards to stay home on New Year’s Eve.  You might even be able to convince a few social gatherings to turn on the game instead of Carson Daly.  But the fact of the matter is New Year’s Eve is one of the most social nights of the year.  And since Nielsen doesn’t account for watch parties, it means that households and ratings are going to drop even if the same number of people tune in.  You might as well schedule these games up against the Super Bowl.

Yes, the College Football Playoff was a smashing success in its first year.  Yes, it’s the second most popular sport in America behind the NFL.  But it is not bullet-proof.  And to expect an entire country to suddenly drop their New Year’s Eve plans and traditions to sit at home and watch eight hours of football is a fool’s errand.  And quite frankly, for college football to even think that they could transform New Year’s Eve into a night they own is quite the delusion of grandeur.