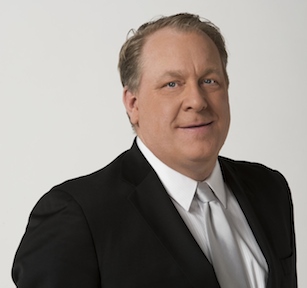 Earlier, AA posted an email we received from ESPN baseball analyst Curt Schilling. Despite his issues with articles written by several AA contributors, Schilling sent the email to me. Here was the email I sent back, which will serve as an open letter to Schilling.

I can only assume this is a real email account for you, though I find it hard to believe after everything that transpired this week it would be in your best interest to defend the message you posted in this manner. Alas, you shared about you, so let me share about me.

I live in New Jersey. I have cousins who live in Arizona and they don’t think anything like you, so where you live should have no bearing on how you think politically, socially or respectfully. I’m a father of two kids with a wife and I root for the Philly sports teams. Much like you, I’ve dedicated much of my personal life to charity work. My children are a huge part of my job, so I know what you’ve been through when it comes to your kids bleeding into your work. To use them against me after what’s happened with them in the past shows a disappointing lack of perspective.

I’ve said in two posts written about this situation that I was a huge fan of the ’93 team and the 2-0 win in the WS was the greatest sporting event I’ve ever been to. I’ve actually never written this part: when you left the Phillies for Arizona, word was you lived a short bike ride from my house and I spent a week trying to find your home address (internet wasn’t what it was back then) to write you a letter to thank you for what you did for our fans.

That this is the first letter I get to write you is sad.

Before we get to the real point, let me clear up your comment about Jessica Mendoza. I posted several tweets lauding her ability and suggested she replace you because she was good at her job and not a lightning rod like you’ve become. If she’s upset by what I wrote about her, I can’t imagine why. The only thing that should upset her is that this point in her soon to be hugely successful media career is tethered to this story about you.

To your points, if you want to question a fact, or even my general writing ability, I can handle that. If you want to question my integrity, when it’s clear this is the first thing you have ever read with my name attached, I think you’re jumping into a pool your current employer would find disheartening. You have no idea how hurtful your messages are to people, so you can hide behind your love of soldiers, the flag and the bible all you want, but what you publish is vile and racist, no matter what Sarah Palin says in your defense. That has nothing to do with my integrity. In fact, while I have written several times about your situation, I did not write the article you linked to. That was another one of our writers.

Curt, you used an image with Hitler doing a Seig Heil. You don’t think that’s going to light a flame under people? You do know that graphic you posted on Twitter and Facebook is framed to suggest that Americans need to be vigilant when it comes to Muslims, that we never know “which” 5-10% are extremists, so we should suspect all of them before they take over the world and enslave and murder us. You can hide behind the numbers, though you’ve already admitted how off-base the notion is that there were only 4% of Germans who were Nazis when Hitler and the Nazi party were elected into office before murdering millions of people (mostly my people, for what that’s worth to you), but that’s what the message you posted really says to people. To suggest I omitted words to shift the narrative is paranoid. We’ve written several times on you in the last week, including posting the original tweet in full, with links back to it every time for reference. I chose not to use the imagery in my most recent article because I find the use of Hitler to be appalling, and would prefer it never be used in public forums.

Curt, you used an image with Hitler! You work for ESPN! Keith Olbermann was suspended for calling Penn State people dumb one time. How is this your reaction to an article about your suspension?

You can suggest you don’t have a racist bone in your body. That’s fine, and I genuinely hope it’s true. But I’ve read your Facebook page. I’ve seen the messages you post. I disagree.

You recently posted a graphic on Facebook with this joke: “A friend of mine just started his own business in Afghanistan. He’s making land-mines that look like prayer mats. It’s doing well. He says prophets are going through the roof!”

Do you want to dissect the racism in that? Because at this point I do. This joke suggests that anyone in Afghanistan deserves to be blown up. That it would be funny if someone who would buy a prayer mat—a Muslim, most likely—would be killed by a land-mine. The punchline is about murdering people because of their beliefs, Curt. Murdering them.

That joke doesn’t say anything about extremists. Or ISIS. Or jihadists. It says Afghanistan, prayer mat and prophets. What if someone had posted that joke about an American church? How would you feel?

The best thing about this country is that both of us are absolutely entitled under the Constitution to say what we think on topics like this. You can write about Muslims in the way you do and be covered under freedom of speech. I can write about you in the way I did and be covered under freedom of the press. That doesn’t mean either of us have the right to keep our jobs. Hell, I got fired a few weeks ago from a job I thought I was pretty darn good at because the people in charge felt like changing things up. Coming from my perspective, to see someone go out of his way to defy the rules set by his employer in such a consistent and brazen manner shows either how secure his job is, or how little he cares.

Either way, I’m glad you post what you post. At least now we know. I’m disappointed that you would send this to me personally after blocking me on Facebook and Twitter. That’s a bully tactic. You suggested you’ve been on the receiving end of crap for a good long while. When I was a kid, I got bullied. Kids would throw pennies at me when I walked into the lunch room. My nickname one year was “Snippy” because the kids thought it was funny I had a bris as a baby. One bully who self identified as a ‘neo Nazi’ and wore a jacket with a swastika on it once pinned me up against the wall and said “you fucking Jew” threatening bodily harm to me for no reason other than my religion. When I saw your tweet invoke Hitler, and equate Muslims to Nazis, I took notice. When I saw all your Nazi war memorabilia juxtaposed with your anti-Muslim posts on Facebook, it got me very confused.

The fact you would send me this email doesn’t have me any less confused. I’m not going to let you bully me here, Curt. But it gives me the chance to finally thank you for the 1993 World Series game. Simpler times, eh?

You’ve requested that I keep this between us, but you entered my inbox without my expressed permission to be off the record, and I would have said no to that request, asking anything you say be on the record. As you’ve already questioned my integrity, we are where we are, are we not? Respectful to the newsworthiness of this story, I have to decline your request to keep this between us. Had you not blocked me on social media, we could have had this conversation there.

UPDATE: Before publishing this post, Schilling responded to my email. While he again suggested the email be kept between us — his reference to CCing below was the inclusion of AA editors on my reply to him — we felt that sharing his follow-up comments was important in an effort to tell the entire story. Any future correspondence from either side will be posted as an update to this post below.

So thats perfect for you then. You’re a victim and it’s everyone else’s fault? Assumed that was the path you would choose.
I don’t need to cc anyone as this remains between you and i on my end.
If you need to create news despite my request to keep this between us that reinforces what i came in thinking about you.
At some point ill pray for you to stop waking up every day and searching for things to make up and be offended by, and actually search for news people care about. Or heck, just news!
Your line about me invading your inbox without your permission might be one of the greatest “it is your fault” excuses i have ever heard or read.
Also pretty cool how you again created a story where one doesn’t exist.
You know for a fact the post about blowing up prophets was 100% in reference to those unique gentleman on global airwaves daily, talking about the destruction of all non believers, America and Israel.
But that screws your narrative so you act more ignorant than you are, play stupid and try to make the leap, as with the tweet, i meant all prophets. At least you’re consistent.
That tweet with Hitler was offensive, he was a despicable, horrible anti-christ of a human.
Did that tweet stir up negative emotions?
It was supposed to do that, albeit again it was idiotic for me to post in that forum.
We are now in a time and place where horrible despicable things are being imparted on innocent human beings around the globe by people who have made it clear they wont stop until ever non believer on the planet is dead.
Those who fail to learn from history are doomed to repeat it.
And I will close with this. Talking about “hiding” behind a live of country, our flag, and our soldiers, is as cowardly and weak as it is stupid.You never know how strong you are until being strong is the only choice you have